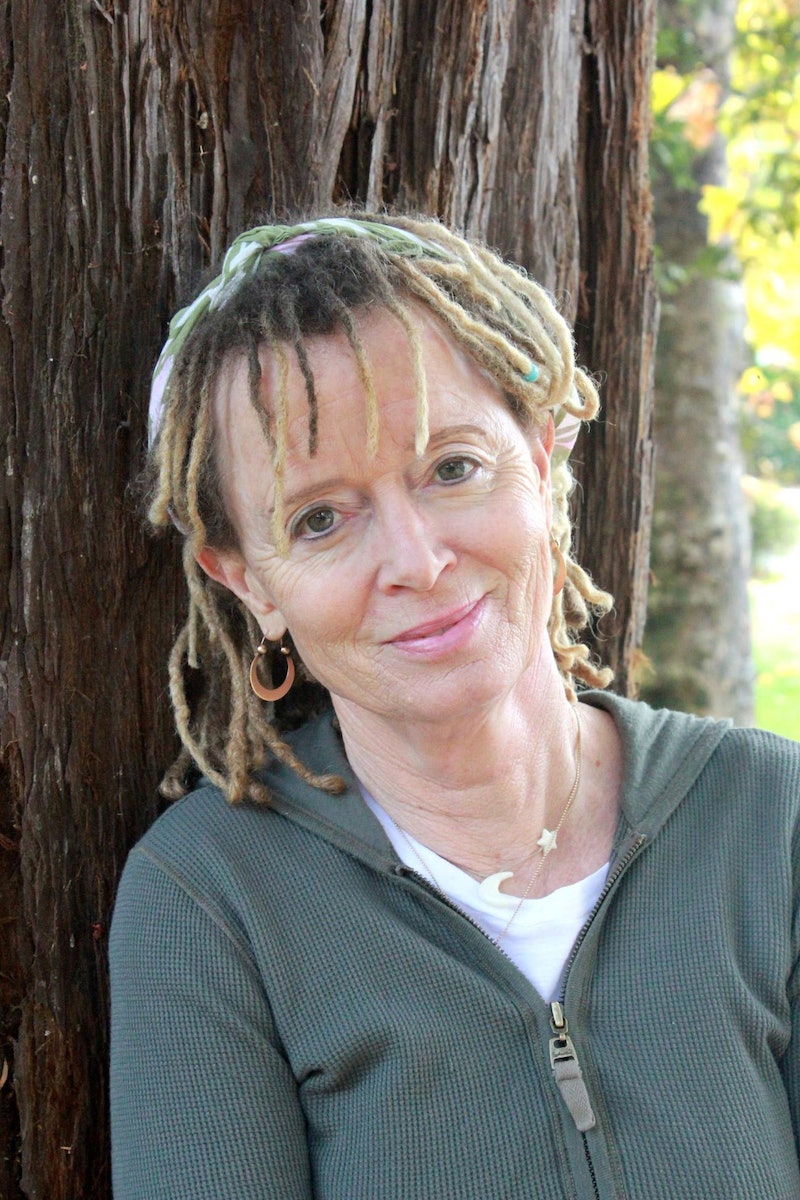 You hear the name Anne Lamott, and you know whatever's coming from her next is going to be impactful. But I don't have to say that twice.

Lamott is the author of seven novels, and her non-fiction has examined the birth of her son, the birth of her grandson, her thoughts on writing, and her faith. Her most recent work — Help, Thanks, Wow; Stitches; and now Small Victories: Spotting Improbable Moments of Grace — have focused on her faith, her thoughts on coping with tragedy, and celebrating our victories over life's many challenges. In the 35 years since her first novel was published, Lamott has approached guru status. At 60, she's the kind of writer — like Ursula K. Le Guin or Stephen King — that everyone pays attention to. Or at least they should.

Small Victories (Riverhead) is a collection for anyone who has ever faced a challenge in life, from terminal disease to the loss of a beloved dog, difficult parental relationships to online dating. In short, then, it's for everyone. While the subject matter may sound depressing, the essays are anything but, as Lamott moves through these situations with her characteristic humor and grace. Not content with the wisdom contained within the pages of the collection, we sat down with Lamott at the start of her book tour to discuss how her recent work has come together, her thoughts on online dating, and her advice for new writers.

BUSTLE: In the last three years you’ve published Help, Thanks, Wow (2012), Stitches (2013), and now Small Victories: Spotting Improbably Moments of Grace. These three books seem to form a kind of trilogy on coping with the struggles and victories of everyday life. Did you conceive of them in that way?

ANNE LAMOTT: I wanted to do [a collection] for a very long time. In fact I had a contract about five years ago to do a collection of new and old pieces on grief. But then my son got pregnant at 19 and my publisher asked if we’d do a sequel to Operating Instructions. On that book tour I used the phrase “Help, thanks, wow” and my publisher, who’s not at all spiritual was really taken and he said, “I want a cup of that.” So I ended up writing Help, Thanks, Wow. Then there were the shootings at Sandy Hook, and I was just stopped in my tracks, more than I was even with 9/11. I felt like there was no meaning after that. I have a little one at home, a grandchild, and I have a Sunday School class of young kids, and I just felt like, how can I keep telling them that they are loved and safe when 20 of their colleagues got mowed down by another crazy person with a gun? I started writing [Stitches] then about the meaning of a catastrophe or a tragedy. So I couldn’t really get to [Small Victories] until the end of last year, because those three things sort of organically got between me and this book.

Small Victories is about triumph over some of life’s most difficult experiences, such as terminal disease and childhood illness. There are also some quite funny pieces in the book, such as “Matches” which is about a year you spent on Match.com. Why did you see this as an example of a victory to be included in the collection?

I think marriage is very hard and most of the marriages I know have been an intense struggle for the people in them, and of course the divorce rate is over 50 percent. If I had a marriage, of however many years, and either stayed in it or got out of it if it wasn’t healthy, then that would be a victory lap or the story of triumph that I told. But I haven’t.

I split up with my last guy about four years ago, when I was 56. I got involved with him in my late 40s. And it was so different after that [trying to date]. I had thought that there would just be so many choices and that friends would say, “Oh, I know this guy. He’s just wonderful.” And it turned out there was almost no one. No one was really coming along who was single. But I’m very adventurous, and I’m very brave even though I’m also very afraid, and I just decided to plug my nose and jump in and see what it was like.

You have to learn how to do everything from scratch when you get sober.

It was so great, because I learned how to date. This was the first time I hadn’t been with anyone for a few years. I’d always fallen into relationships with guys who were just sort of waiting, or the next obvious person I was going to be with. And certainly when I was drinking that made everything infinitely easier. But I quit drinking 28 years ago, so dating sober is a whole challenge in itself. You have to learn how to do everything from scratch when you get sober.

In 2012 in the New York Times you equated holding a printed book in your hands to a sacred experience, and explained that you saw books as holy spaces. Fans of yours have of course seen the ways in which your faith informs the content of your books; I am wondering if you notice any connection between your faith and the process of writing books.

Everything I know about writing is the same stuff I know about faith. They’re both decisions — writing and religion — and they’re both things that are inside me. and really feel like why I’m even here, why I was created, was to be an artist and to pursue some kind of union with god, or what you might call god for short hand. I always have a million excuses why I am not going to pursue or delve deeply into either my walk of faith or my writing, whether it’s religious study or meditation, or sitting down to write. I never want to do any of those things. I would just rather watch TV, go for a walk, and play with the dog. But I grip myself by the wrists and just make myself. Writing is also such a great way for me to even find out what I understand and know, because I have to get it down on paper. So sometimes if I don’t even know what it is I’m even talking about, I’ll just start to write about it, or I will decide I want to write about it, and then something really interesting will happen that turns out to be a story illustrating what I wanted to find out about in the first place.

In addition to your works of non-fiction, you’ve also published seven novels, the first in 1980. Is writing fiction any easier for you?

Every so often I get a tug on my sleeve [to write fiction]. It’s kind of awful. It’s so hard. It means you’re going to be immersed in it for a very long time. When I get that nudge, I kind of feel like, “Oh, fuck.” Because it means it’s going to be two or three years, and I’m going to have terrible self-esteem the whole time, until I get to the very last draft. There are going to be times when I’m thrilled, because sometimes it’s going to be moving along, and I’m going to be kind of semi sort of know what I’m doing when I finish for the day. I kind of sort of know where I’m leaving off and what to do next, and I can scribble on a post-in what I’m going to do tomorrow. But mostly not.

Do you have any words of advice for young writers?

I think it was Shirley Jackson who said, “A confused reader is an antagonistic reader.” I really live by that. I’m old. I’m 60. I don’t want to figure out what you’re up to. I don’t want to try to figure out that time is shifting, and that you’re going back and forth. I don’t have the energy to track that. And I don’t have the patience. If you’re a novelist and you have a story, and you’re going to ask me to come sit at your campfire while you tell me the story, get it together.

There are good days and bad days. The bad days aren’t just hard, they’re dismal. It’s like, the jig is up.

But it’s hard to get right. I’ll try to get people in my novels to say these lines that I’d just love to use, and I do it and they stick out. [The same is true for] all the writers you love — no one is taking dictation. Muriel Spark, the great World War II writer from England, she thought she was taking dictation, because she was so close to god her work just flowed, and I thought [when I heard that], if that’s true, why would you say it? Because no one is glad to hear that. But if you talk to 99 out of 100 other people, they will say, “No, it’s pulling teeth.” There are good days and bad days. The bad days aren’t just hard, they’re dismal. It’s like, the jig is up.

More like this
The 'Firefly Lane' Book Ending Teases Way More Tears To Come In 2023
By K.W. Colyard
'Bridgerton' S3 Teases Exciting Social Season For Penelope Featherington
By Bustle
The 'Lady Chatterley's Lover' Book Leaves Us With A Troubling Question
By Catharina Cheung
60 Small, Inexpensive Gifts People Love
By Julie Peck and Claire Epting
Get Even More From Bustle — Sign Up For The Newsletter