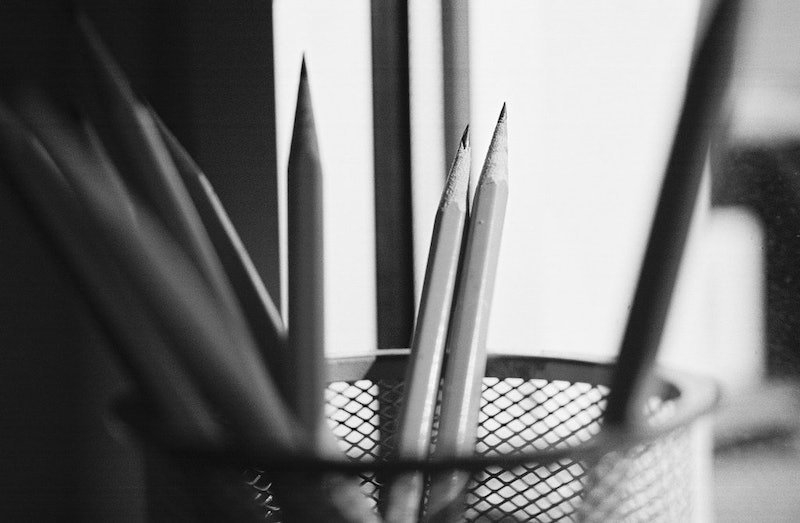 Like the heart, the writer is a lonely hunter. Like the heart, too, writers — we strange, solitary creatures —are often powerless to the whims of our volatile emotions. That’s what makes us so sexy, right? As fantastical and carefree as our fake vocations would suggest?

Um, no. Actually, writing is often difficult and downright daunting work. Even the most seemingly well adjusted of our kind will inevitably stare helplessly into the depths of the dispassionate white screen, her mind wiped as spotlessly clean as the page. Quite possibly, her brain will reanimate the whining soundtrack of her teenaged emo years just to haunt her. Can you tell I'm writing from personal experience?

In times like these, we must turn to other writers for guidance. I know, it's a hard thing for us to do: We all like to think we can go it alone, that we can keep the ball rolling even after it’s suffered fatal puncture wounds. But even I, quite possibly the most hermetic of the hermits (seriously: it’s 3 p.m. and I’m still in bed), have come to rely on the writers whom I adore for a much-needed a nudge (or shove) of support.

Here’s a small collection of the advice I’ve found the most effective in pulling me out of my writing funk. From the nitty-gritty of craft to the headache of editing, these nine writers know what they’re talking about—and they’re here to help.

DANI SHAPIRO ON WHAT MAKES A GOOD STORY

“There is the pattern, and then there is the dropped stitch that disrupts the pattern, making it all the more complex and interesting. Stories are about the dropped stitch. About what happens when the pattern breaks. Though there is a certain poetry in the rhythm of the everyday, it is most often a shift, a moment of not-always-so, that ends up being the story. Why is this moment different? What has changed? And why now? We would do well to ask ourselves these questions when we’re at work.”

— Still Writing: The Perils and Pleasures of a Creative Life

“Oscar Wilde said, ‘All dialogue is interruption.’ And the inevitable dynamic of constant interruption might be described as a kind of friction, a lively abrasion, as the various lines of dialogue move past one another, sometimes missing altogether, sometimes touching or scraping as they pass, a kind of sideswiping of requests and questions and assertions, sometimes resulting in a rare full frontal collision. Dialogue as the careening paths of bumper cars.”

—The Stuff of Fiction: Advice on Craft

"The art of writing, and that is perhaps what my malcontent means by 'beauty,' the art of having at one’s beck and call every word in the language, of knowing their weights, colours, sounds, associations, and thus making them, as is so necessary in English, suggest more than they can state, can be learnt of course to some extent by reading—it is impossible to read too much; but much more drastically and effectively by imagining that one is not oneself but somebody different."

—“A Letter To A Young Poet"

JOAN DIDION ON THE TRANSFORMATIVE POWERS OF GRAMMAR

“Bad writing is more than a matter of shit syntax and faulty observation; bad writing usually arises from a stubborn refusal to tell stories about what people actually do—to face the fact, let us say, that murderers sometimes help old ladies cross the street.”

—On Writing: A Memoir of the Craft

ZADIE SMITH ON THE IDEAL EDITOR

ANNE LAMOTT ON GETTING IT DOWN

“Almost all good writing begins with terrible first efforts. You need to start somewhere. Start by getting something — anything — down on paper. A friend of mine says that the first draft is the down draft — you just get it down. The second draft is the up draft — you fix it up. You try to say what you have to say more accurately. And the third draft is the dental draft, where you check every tooth, to see if it's loose or cramped or decayed, or even, God help us, healthy."

"You get work however you get work, but keep people keep working in a freelance world (and more and more of today’s world is freelance), because their work is good, because they are easy to get along with, and because they deliver the work on time. And you don’t even need all three! Two out of three is fine. People will tolerate how unpleasant you are if your work is good and you deliver it on time. People will forgive the lateness of your work if it is good and they like you. And you don’t have to be as good as everyone else if you’re on time and it’s always a pleasure to hear from you."