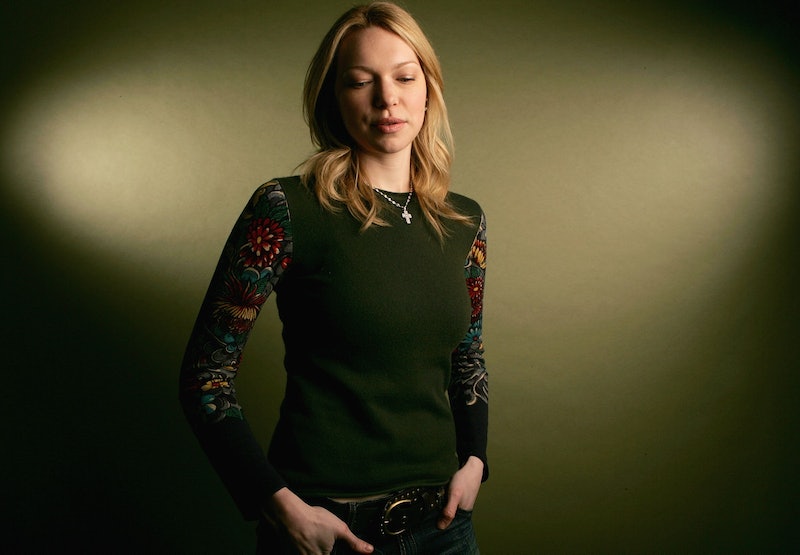 It's been debated for a while whether or not tall drink of water Laura Prepon would be returning to Orange is the New Black for its second season and well, now we've got our answer. Prepon will be returning to OITNB — but only for one episode.

Prepon — who first rose to fame with her role as Donna Pinciotti on That '70s Show — plays Alex Vause on the Netflix hit, and became one of the stand-out characters on a show chock full of stand-outs. She had a big role in Season 1 as the lesbian drug cartel leader and ex-girlfriend of main character Piper Chapman, and was responsible for landing Piper in prison.

She played Alex as a manipulative yet complicated woman, an intelligent and highly sexualized but also deeply in love woman, and she became a fan-favorite fast. No one's entirely sure yet as to why Prepon's leaving the show — neither the actress nor the show's producers have commented on the matter.

But, so it is: we only have one more episode of Alex Vause left before she is very possibly gone forever. It's a devastating loss for fans of the show, that's for sure. We're sure gonna miss those glasses.