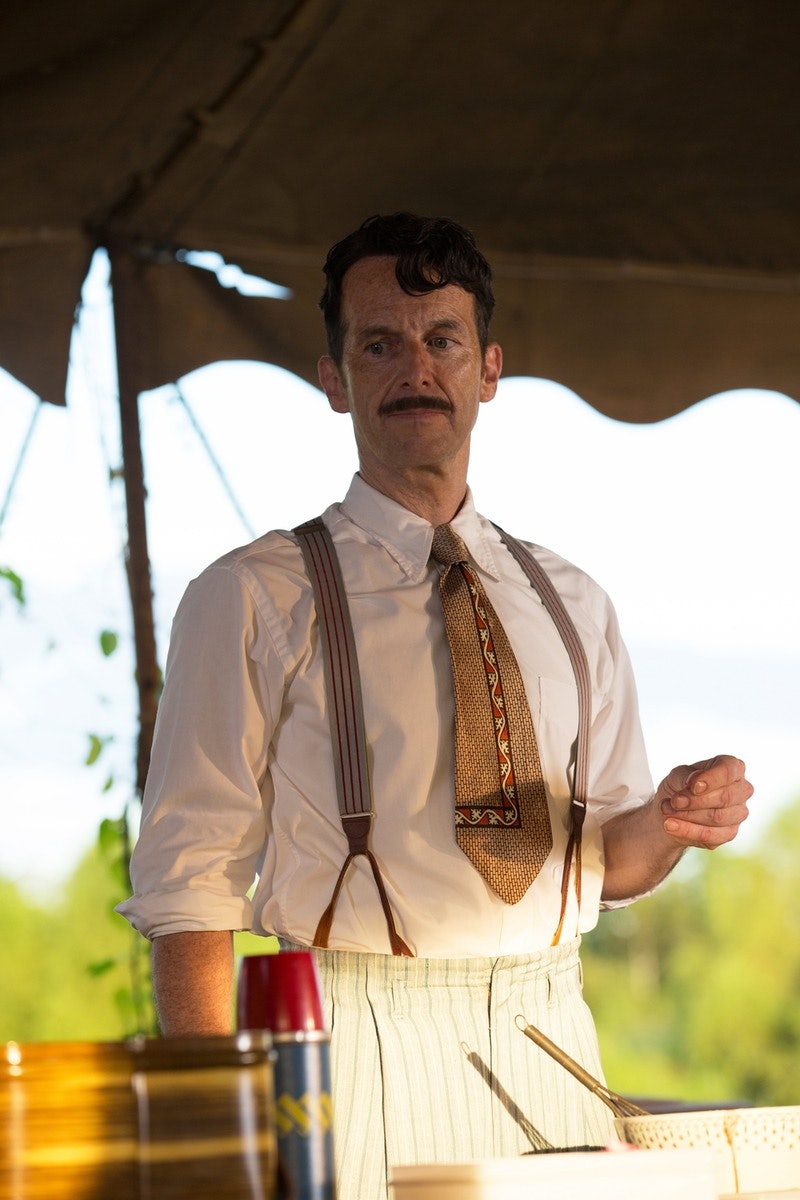 The further we get into this season of American Horror Story: Freak Show, the more we learn about each character. But some characters still remain a slight mystery to viewers, or at least certain aspects of the characters remain a mystery. One mystery that we are still scratching our heads at from a few weeks back is learning that Stanley, the con-artist, was... well-endowed. We don't know why, and it hasn't been the subject of any discussion since, so why did American Horror Story make Stanley have a 13-inch penis?

Stanley has been a pretty sketchy character from the very beginning, although sketchy seems kind of like a job requirement for con-artists. But the moment that we learned that Stanley was working with so much seemed like a very specific detail that I can't shake. What was the importance of Stanley's 13-inch penis? Was there any importance to this detail, or was this just a fun character quirk that Ryan Murphy and Co. wanted to add to the Stanley character?

In an interview with Out, Denis O'Hare — who plays Stanley — makes it seem like there could be a point to Stanley's 13-inch penis. "There’s a funny element to it that pops up (again, pardon the pun) in Episode 9,” O’Hare revealed to the magazine. The ninth episode is sure to be an interesting one if it gives us any explanation to that character detail, but until then, I have a theory of my own regarding Stanley's package.

Stanley's penis — while some people might not be at all fazed by it — might make Stanley identify more with the members of the "freak show," which could be the empathetic moment we are waiting for this season. As of now, Stanley views the abnormalities of the show members as money makers and another way to gain fame. But, for Stanley's character's development, we might learn that his penis causes him to feel a sense of abnormality, causing him to identify with those he wants to hurt.

By allowing this type of character progression to happen, we might see a shift in the antagonist throughout the end of the season, if Stanley does realize that he really isn't as different as any of the other members of the show. Assuming that the entire season won't be spent on Stanley trying to kill the members of the show — that is already getting slightly old, so I can't see them spending too many more weeks on that story line without being found out — Stanley could grow to be a protagonist for the "freak show," or at the very least, not a threat.