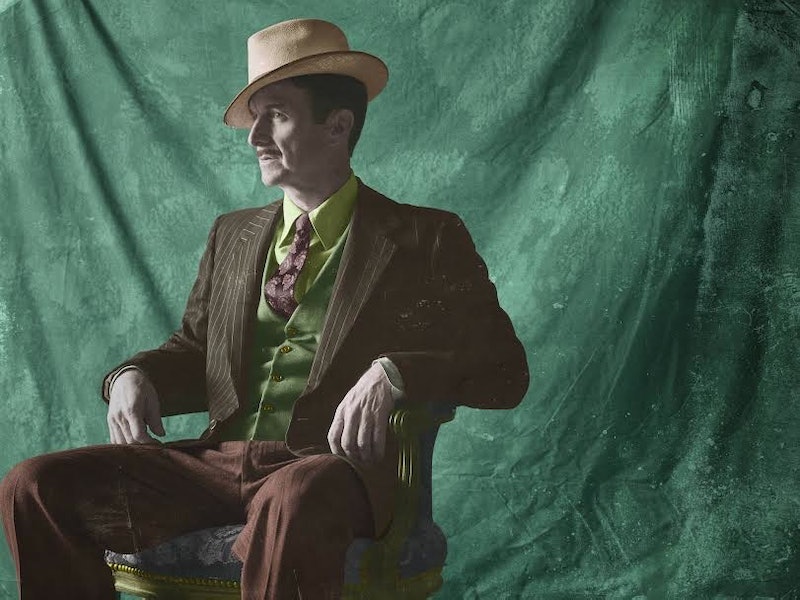 Much like Halloween itself, you never know what to expect on an episode of American Horror Story: Freak Show. But killer clowns and David Bowie performances aside, Wednesday night's "Edward Mordrake: Part 1" introduced two new additions to this merry cast. Of course, we've heard all about Emma Roberts' fortunetelling con artist character Esmerelda and the eventual love interest she will become for Jimmy Darling. However, very little was known about her partner-in-crime Stanley, played by Denis O'Hare, who is hiding a big package in his pants, to say the least. Yes, you heard me. Stanley has got a big secret of his own. And by big, I do mean BIG.

While indulging in a sexual escapade with a young man dressed as the mighty Thor, Stanley instructs his sexy hunk to take off his pants for him. And though the man does as instructed, what he finds underneath Stanley's undergarments leaves him positively stunned. So what exactly does O'Hare's character have going on under there? In an interview with Entertainment Weekly, Ryan Murphy gave us the answer, and it's a pretty impressive one.

According to Murphy, Stanley has been blessed (or cursed?) with a 13-inch penis. (Guess he wasn't kidding when he said that guy needed a mighty sword, eh?) I'm sure O'Hare's going to put that impressive talent to use in future episodes, but right now it's very, very hard… to say. (Sorry, I'll stop.) Either way, it's clear that O'Hare is packing a weapon that can even shock the God of Thunder. Prepare yourselves…