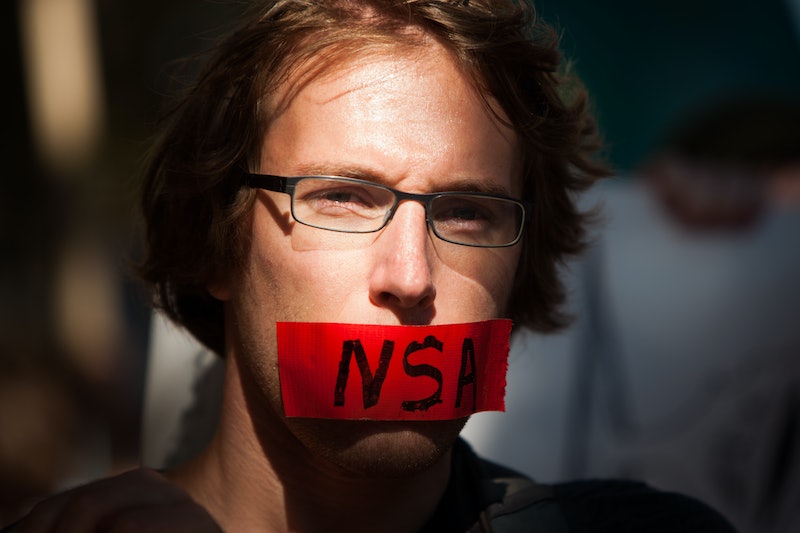 On Tuesday, Senate Republicans blocked an overhaul of the NSA program that saw the agency collect Americans' phone call records in bulk. The bill, which would have ended the NSA's controversial secret surveillance program, was two votes shy of the required 60 to pass the Senate. The final vote was 58-42.

Most Democrats and four Republicans — Ted Cruz of Texas, Dean Heller of Nevada, Mike Lee of Utah and Lisa Murkowski of Alaska — voted in support of the measure, which, if passed, would have advanced the USA Freedom Act. The rejection of the bill, which had the support of the Obama administration as well as big-name tech companies like Google, Apple, Microsoft and Yahoo, was a blow to its sponsor, Judiciary Chairman Patrick Leahy, a Vermont Democrat. Leahy managed to garner all but one Democratic vote, from Florida Senator Bill Nelson, reported Roll Call.

Naturally, the soon-to-be Senate Majority Leader Mitch McConnell of Kentucky was an ardent opponent of the measure, and worked hard to defeat it. The senator argued that the program was a vital tool in combating terrorism:

This is the worst possible time to be tying our hands behind our backs... If our aim is to degrade and destroy ISIL, as the president has said, then that's going to require smart policies and firm determination. At a minimum, we shouldn't be doing anything to make the situation worse.

The measure arose from privacy concerns and a public uproar after a former NSA contractor, Edward Snowden, leaked details of the agency's activities, which included spying on Americans through collecting bulk phone records — a practice quickly put in place after 9/11. Among other things, the bill would have required the NSA to request, from a communications company, records of a specific person during a terrorism investigation, instead of indiscriminately amassing the phone call data of Americans.

The bill's future doesn't look bright — come January, after Republicans officially take their seats in Congress, a GOP-controlled Senate will be even less likely to agree to the reforms stipulated in the bill. But public opinion — now riding on the tail-end of the Snowden leaks — could push Capitol Hill Republicans into a discussion about privacy violations versus national security. The Times said the debate could further reveal fissures between the GOP's "interventionist and more libertarian-leaning wings."

For now, at least, Americans' constitutional rights might have to take a back seat to U.S. foreign policy, as efforts in combating the brutal terrorist organization, ISIS, seem to be D.C.'s foremost concern.

More like this
How To Support Gun Control Reform Right Now
By Morgan Brinlee and Carolyn Steber
How To Protect Your Digital Privacy If You Need An Abortion Post Roe v. Wade
By Kaitlyn Wylde
The Church Of Scotland Votes To Allow Same-Sex Marriages
By Sam Ramsden
Photos Of Boris Johnson Drinking At A Downing Street Lockdown Party Have Surfaced
By Bustle UK
Get Even More From Bustle — Sign Up For The Newsletter