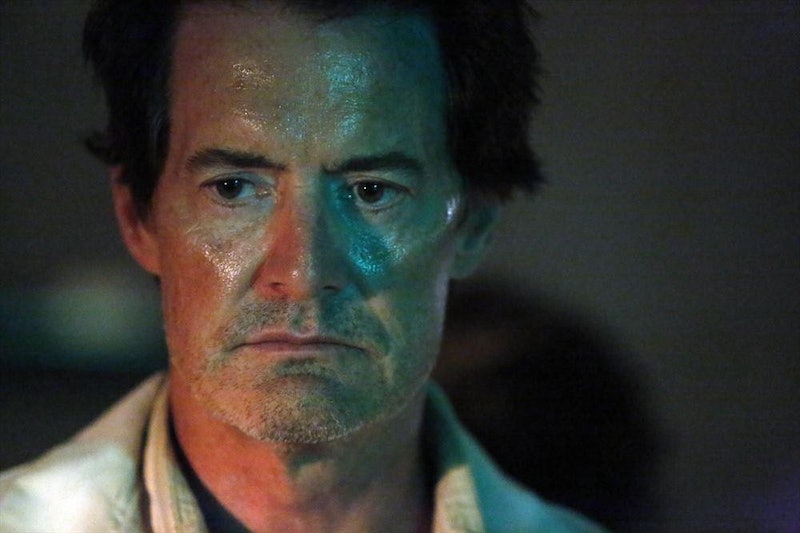 Brace yourselves, we now have a third name for the obelisk that the Agents of S.H.I.E.L.D. are chasing on the ABC series. Skye's Father identified it a few weeks ago as "The Diviner," but this week he described it to Daniel Whitehall as a type of "key" that can unlock both secrets and locations. It "divines" who is worthy of living when you touch it. So, the obelisk has a mind of its own. Good to know. Anyway, one of the significant phrases that came up and tied the Diviner to the city that Director Coulson seeks was "the temple." They aren't just looking for a city, they're looking for a specific building in the city. What temple is coming to Agents of S.H.I.E.L.D. ? What does the temple have to do with the alien race? What will they find there and what will happen if someone tries to enter it that isn't "divined" permission? None of this is looking good.

If you're on Team Inhumans, and you should be at this point, let me direct you to the Marvel character Randac. He was a geneticist who discovered the Terrigen mists that create Inhumans. He had a temple built in his name and the site was used for metamorphosis. Remember how Raina kept asking "what will I become?" Could they be headed to the Temple of Randac, located in Attilan, on S.H.I.E.L.D. ? Could Skye's Dad be Randac? This doesn't explain why the Diviner or the Temple are so dangerous, but it's a likely answer to where they are going.

Let's not forget that Skye's Dad also said wants to be reunited with his family in the afterlife. He seemed relatively normal while talking to Coulson, but that was creepy as Hell (no pun intended). Is he on a suicide mission? Is he taking Skye with him? The family he speaks of must mean more than one person. Does he consider the aliens, or "blue angels" to be his family as well? This temple isn't in the great beyond itself, is it? The promo for next week showed Coulson and the team in a ruined yet pretty ordinary, not-divine location.

However, the official ABC press release for next week's episode reveals that "SHIELD discovers the ancient city before Hydra, but uncovering the secrets may require one of Coulson’s team to make the ultimate sacrifice." The promo teased it as well and the episode is titled "Ye Who Enter Here," a clear reference to Dante's Inferno. This is not looking good. Not good at all.