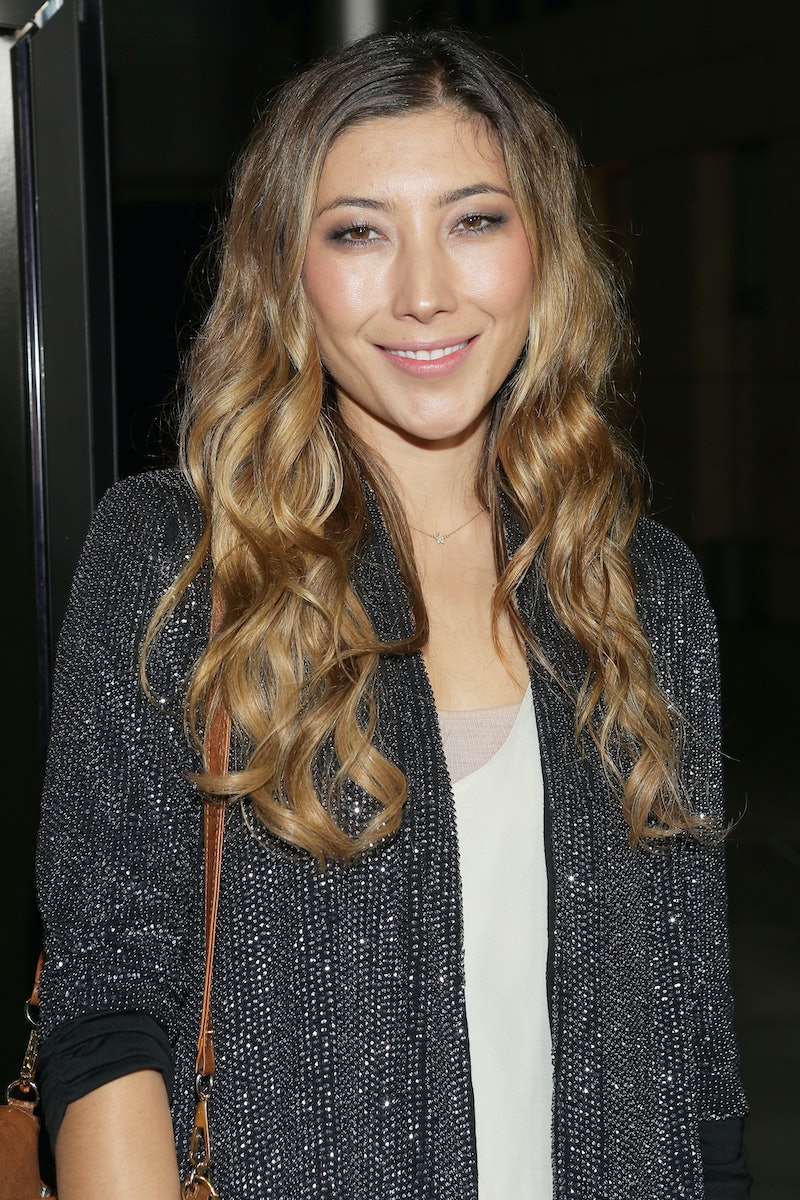 When I first saw that Dichen Lachman was guest-starring on Agents of S.H.I.E.L.D., I was super pumped. She was one of my favorites on Dollhouse. She was credited in tonight's episode as "young woman," but I suspected that the Whedon family wouldn't cast her as an extra. Her unnamed character flew onto the scene, bringing a connection to the alien mystery that is plaguing our heroes. Here's a not so crazy thought — could this woman be Skye's mother? The last scene of the episode all but confirmed it. A few episodes ago, Ward reiterated to Skye that her mother was killed and her father went on a rampage. However, this young woman does not age. She appeared in a 1940s flashback and a later, yet pre-Captain America: The Winter Soldier flashback looking the same age, just without the phenomenal hairdo. Unfortunately, it would seem that the woman is now dead. Daniel Whitehall harvested her organs in order to obtain his youthful glow. Then, Skye's Doctor Dad found her, called her "my love," and vowed revenge. We finally identified Skye's Mom on Agents of S.H.I.E.L.D. — sort of!

Another thing we learned is that Skye's Dad is against Daniel Whitehall, not Coulson. I think. It's hard to tell with that shifty guy. Anyway, here's what else we know so far about this mysterious woman that gave birth to Skye.

Her mother can touch the Obelisk, or the Diviner. That makes her one of the "chosen" people that Skye's Father told Whitehall about in their meeting. Is she connected to the "blue angels," or the alien race that came to Earth to conquer it, or destroy it. We're not quite sure on the translation.

She was scared of both the Diviner and Daniel Whitehall long before he started experimenting on her and torturing her to find out her secrets. Is it possible that she doesn't know how gifted she is, or what kind of being she is? Looks like Doctor Dad was able to find the answers that she could not.

Wait, does that mean that Daniel Whitehall is now Skye's Mom? How alien is he now? This is starting to sound like Once Upon a Time. It's funny, in all of the mysteries this season, we forgot to wonder why Reed Diamond's character was still alive. The team spent a bunch of time looking for a connection between Whitehall, Reinhardt, and the Red Skull. We've known all along that Whitehall and Reinhardt are one and the same. Thankfully, Simmons was able to identify him after her stint in Hydra HQ.

I hope there's a way to get her back, both for Skye's sake and the sake of Dichen Lachman. Unfortunately, we still don't know Skye's name. One day!