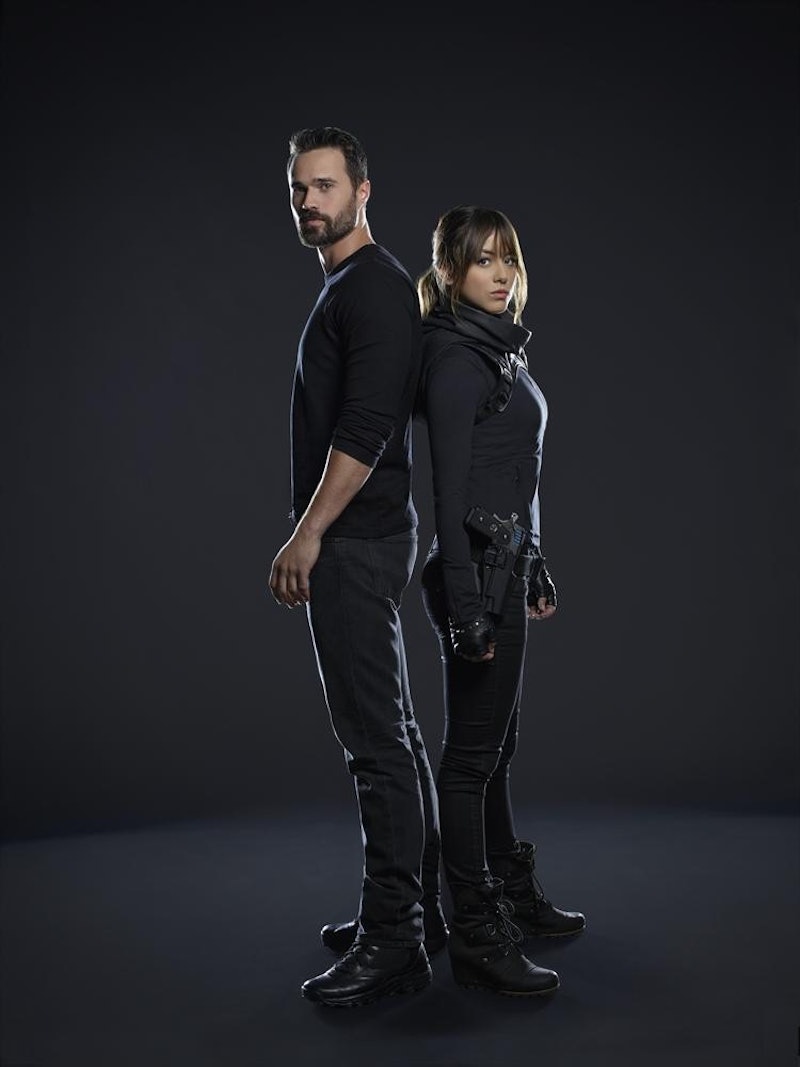 OK, this is getting ridiculous. We should have known that the introduction of Christian Ward to Agents of S.H.I.E.L.D. would pit brother against brother in a game of lies and manipulation. Now I just don't know what to believe. Is Grant a sociopath? Is Christian a sociopath? Will someone please call Thomas to the stand so that we can clear this up and give him a hug? Skye, doing her best Black Widow impression, tried to get as much out of Grant as possible before they transferred him to the federal government. One of the things she asked him about was her parents, as Grant failed to mention that her father was a murderer. He expanded on the story we already knew about Skye's parents, claiming that when Skye's mother was killed by baddies, her father went on a rampage and destroyed the area, which as you may recall is why S.H.I.E.L.D. was brought in. Skye seemed disheartened that her mother was actually dead. I was looking forward to finding out who she is. Not that this means we won't.

I'm starting to believe that she is really dead, just because I like to think Doctor Dad tore a whole village apart for a reason. Plus, Grant Ward seemed to have the right instincts about his brother. So maybe I'll give him this truth as well. Plus, if she is still alive, why would Grant lie about it now? He doesn't have anything to gain. Is she just as dangerous as Skye's father? Could she be even more dangerous?

Something else Ward said stuck out to me. He said (and Kyle McLachlan said as much in last week's episode), that Skye's father was trying to get his family back together. Now, if he just meant Skye, why wouldn't he just say he was trying to get his daughter back? Who else he could be talking about? Does Skye have any siblings? Is this some kind of found family that they are talking about? What is Skye's real name?! Sorry, had to throw that one in there. There are too many questions to keep track of on this damn show.