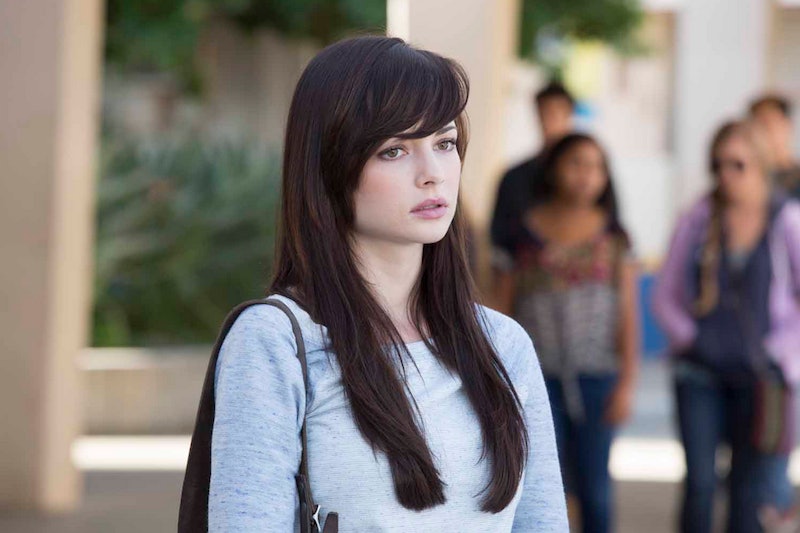 Did anyone really expect it to be a fairytale moment when Awkward 's Matty finally reunited with one of his birth parents? I have absolutely no authority on how this process goes in real life, but on TV I do know this: There are a limited number of paths writer's rooms tend to go down with birth-parent reunion stories, and one of those looks very much like Matty's dad being a slacker surfer dude. It became clear pretty quickly why Matty's mom, whoever or wherever she is, decided it was best if this guy wasn't a parent.

The most notable thing about this episode, though, at least to me, is the way they positioned Jenna in it. It's the kind of back-and-forth this show has been doing with her for a while: The volleying between Jenna just being a genuinely good friend to Matty and Jenna being hung up on him and crushed when he doesn't constantly show romantic affections. So when Gabby showed up to accompany Matty to meet his dad, Jenna crawled back into her long-standing insecurities and didn't go along with them even though Matty'd invited her himself.

This was about to piss me off a little bit. Luckily Jenna's mom stepped in with two good pieces of advice:

If Matty and Jenna do get back together I will not complain; they've done a lot of work on themselves and their relationship with each other since they were last together. But I don't need it, and neither should Jenna: She just got into college, and there's only a semester left in high school. She shouldn't revert back into her old self every time she perceives a slight — looking back on the first season, a lot of Jenna's manic moments of Matty-related insecurity were completely trumped-up in her head and could have easily been resolved by actually talking to Matty.

Jenna is more than her relationship with this boy — she's especially more than the romantic element of it. I hope that she learns that.

More like this
What’s New On Netflix: 'Stranger Things' & 'Somebody Feed Phil' Return
By Arya Roshanian
What’s New On Netflix: A Victoria Justice Rom-Com & The Return Of David Letterman
By Arya Roshanian
All The Clues Gillian & Edgar Are Still Friends After 'Temptation Island'
By Brad Witter
Marissa Has No Regrets About Her 'Temptation Island' Romance With Edgar
By Brad Witter and Kadin Burnett
Get Even More From Bustle — Sign Up For The Newsletter