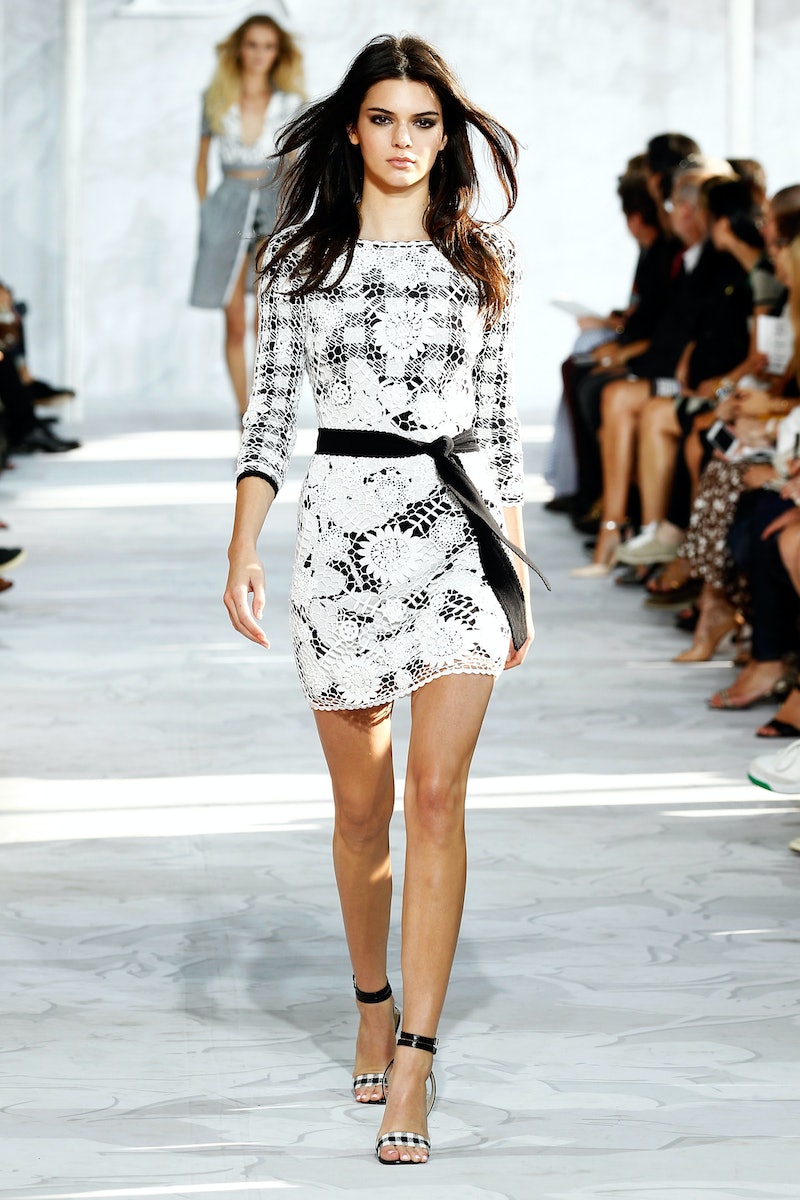 So Kendall Jenner's week just got even better — and it was already pretty flawless. The model, who turned 19 earlier this month, was announced as the face of Estee Lauder, the iconic American cosmetics brand, the news of which made her momager Kris Jenner cry. Now, she's scored yet another major modeling gig: Kendall Jenner has partnered with Karl Lagerfeld and will appear in the Spring 2015 advertising campaign for his collection. High five for Kendall! Her heatseeking career is catching fire faster than a Hunger Games installment.

Yeah, so get ready to see Kendall's face and her all-American beauty in the pages of all your favorite fashion mags and beyond as the calendar turns to 2015. She is actually taking over the whole. Actually.

If you had your doubts or reservations about Kendall's status as a legit model, well, it's apparent that you need to let those go. Don't hate, even though it's tempting to do so. She is going to be working harder to prove that her modeling gigs are earned, not handed out due to her family ties.

Think of it this way: The satellite Kardashian sister keeps scoring some seriously plum gigs (not that her previous prom dress runways were anything to scoff at but...) so she is doing something right, since big-name designers think it's best to hire her.

She also walked for Marc Jacobs and Chanel earlier this year, plus notched a Teen Vogue cover (the September issue, to boot). While I am stoked for Kendall, I admit, I'll still be watching what her baby sister Kylie does throughout 2015 as well, whether or not it involves lip liner.