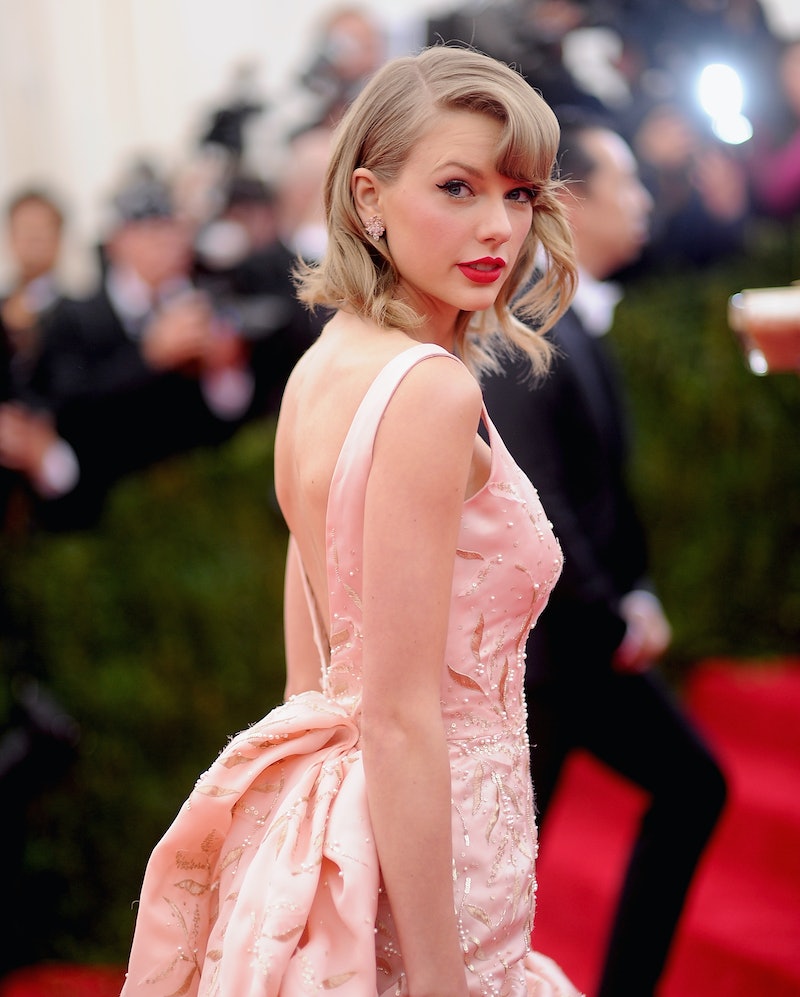 Taylor Swift's newest album, 1989, was released almost a whole month ago, and it looks like pop's newest queen is still breaking records left and right. In addition to hitting the 2 million records sold mark — a huge milestone — Forbes is reporting that Taylor Swift has just become the first female artist to ever replace herself as number 1 on the Billboard Hot 100 chart.

Nothing other than an emphatic "YOU GO GIRL!" can suffice here.

The song that gave Swift this major honor is none other than her newest single "Blank Space," for which the video (featuring Swift playing a psychotic nightmare and somehow standing on a horse absolutely flawlessly) was just released. "Blank Space" replaced Swift's first 1989 single, "Shake It Off," which had previously been going back and forth between the number 1 and number 2 spots on the Billboard Hot 100 chart for four whole weeks since it was released.

As Forbes points out, Swift is the first female artist to ever replace herself on the music charts in its 50-year-history, but other groups and male artists that have nabbed the honor include the Beatles (who actually replaced themselves three times on the chart). So yeah, she's in pretty excellent company.

Next up: World domination?