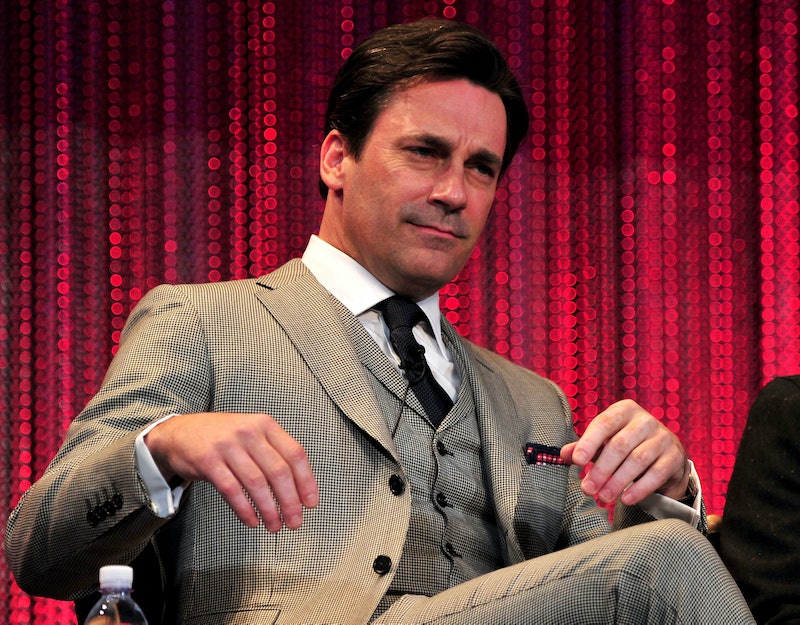 Fret not, my fellow Jon Hamm lovers: Even though season 7 of Mad Men will mean the end of the long-running AMC series and, thus, the end of television's most morally debatable character Don Draper, Jon Hamm will still be on television — at least, for a while. According to EW, Jon Hamm is set to return to Parks and Recreation for the NBC comedy's seventh and final season, reprising a comedic role as Ed, an inept park ranger, that he took on for about five minutes during the season 6 finale. Though Ed was technically fired by Leslie in the episode, Pawnee is a small town, his scene took place during a flash-forward sequence set 3 years in the future — so, writers have a pretty genius way of keeping him in the game.

"If I have my way, every episode where you see events that take place before that moment will include a shot of him doing something insanely incompetent," showrunner Mike Schur said back in April, according to Yahoo! It's not clear for how many episodes Hamm will be returning, but it sounds like he might be appearing around during the comedy's final series on multiple occasions — that is, if Schur gets his way.

Hamm has previously played incompetent, clumsy, downright air-headed type characters before with ease, so I have no doubts that, though Ed is a major change from Don Draper and the world of advertising in the '60s, Hamm will play him brilliantly. After all, remember Dr. Drew Baird on 30 Rock? Or how about Bridesmaids?

Parks and Recreation will return for its final season early next year.