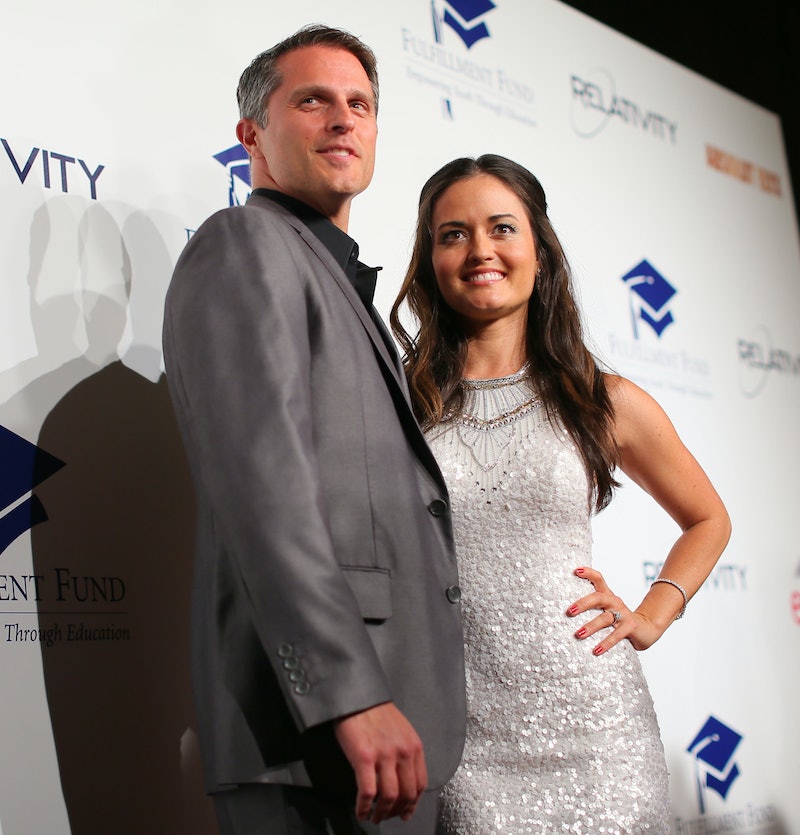 If you remember Danica McKellar from her days on The Wonder Years, this news may come as a bit of a surprise. Over the weekend, McKellar married Scott Sveslosky at a beach ceremony in Kauai, Hawaii. OK, maybe it's not that shocking, since they've been engaged since July. I just mean that it's crazy to think Winnie Cooper is all grown up! Then again, you already knew this if you watched the 39-year-old on last season's Dancing With the Stars . While we're familiar with McKellar from her sitcom days, what about her new husband? Sveslosky is a partner at the international law firm Sheppard, Mullin, Richter & Hampton. Very impressive!

Not only does he sound super smart, but he also makes her happy — which is what's most important. In a previous interview, McKellar gushed about Sveslosky, saying, "I've been on cloud nine since the day I met him 11 months ago. I'm the happiest I've ever been and it seems it's going to keep continuing that way."

At the wedding the pair even put her DWTS skills to good use, as they performed a waltz. She told People a touching story about them learning to dance together:

Before we met, Scott had wanted to learn ballroom dancing, and when I got on DWTS, he was even more inspired. Once I left the show – and my broken rib healed – we took lessons together. At the reception, our first dance as husband and wife was a choreographed waltz to "So This Is Love" from Cinderella, which included dips and lifts and other tricks I learned on DWTS.

There are even more adorable details about their big day! McKellar and Sveslosky each have a child from previous marriages. She has a 4-year-old son named Draco, while he has a 10-year-old son named Hunter. Both boys participated in the ceremony. After exchanging vows with each other, they shared family vows with their sons. McKellar says, "We also performed a sand ceremony where the four of us poured different colored sand into a vase which we will keep at home." That sounds like the cutest arts & crafts project ever.

As for their honeymoon, they've decided to stick around Hawaii. She even Instagrammed this photo:

While the picture quality is a bit fuzzy, it shows they're too busy enjoying themselves to fuss over photos. Congrats, you two!