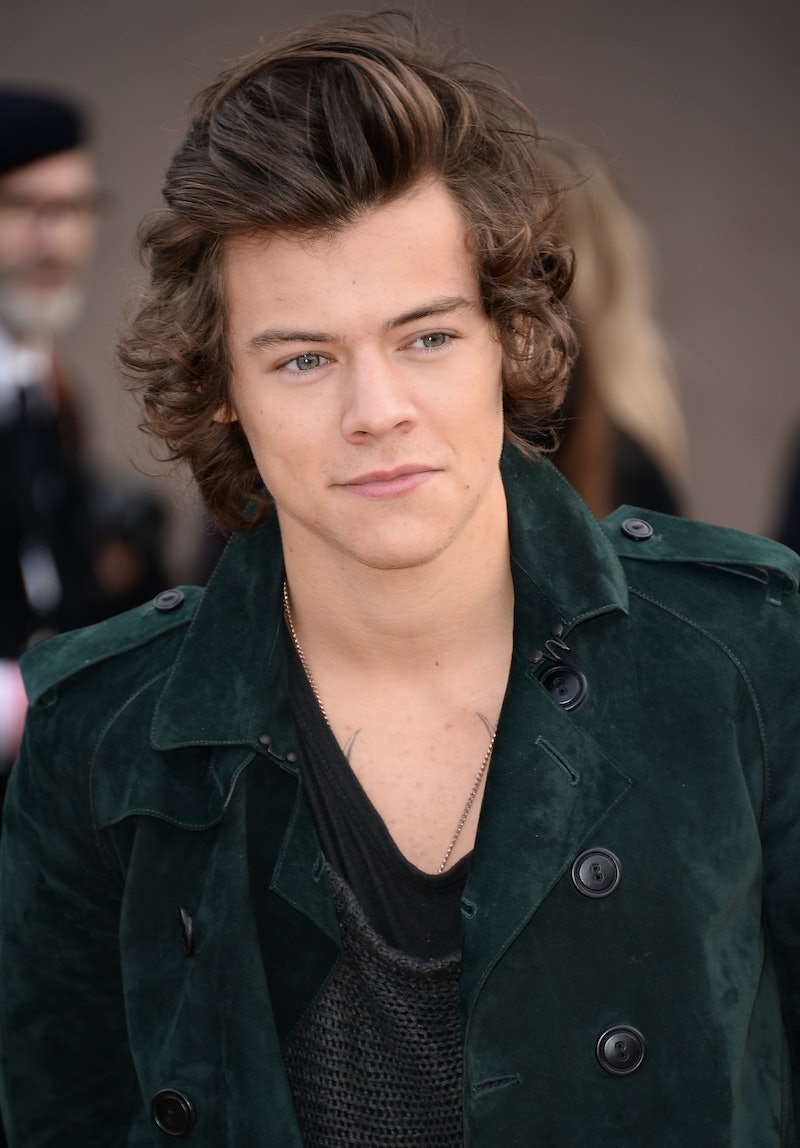 Two days ago, some HUGE news broke. Reportedly, Harry Styles and Taylor Swift are friends again! I can hear the Haylor supporters cheering. Of course, now even more rumors are swirling because of this news that might not even be true. For example, it was reported by Australian's New Weekly magazine that Styles sent Swift 1,989 roses as a congratulation on her new album, 1989. The tabloid is also saying Styles was "plaguing Taylor with texts, begging her for a rematch." True? False? It's the latter, at least according to Styles who appeared Friday on The Ellen DeGeneres Show with his band One Direction. As he told DeGeneres,

I know about the rumor. I don't know anything about the roses. I think it might have been someone else and I may have falsely taken [credit].

Despite the false rumors, it would've been a nice, but an over-the-top gesture on Styles' part. However, let's have some fun. If he were to send Swift 1,989 gifts for supposedly being friends again, what would he send her? I can think of a few things, and I'm sure you can too. Here are some ideas:

It's no secret that T. Swift loves Olivia Benson aka the character played by Mariska Hargitay on Law & Order: SVU. She considers Mariska Hargitay her idol, so, yeah, this is basically the perfect gift.

She loves cats, especially her adorable kitty she always shares photos of on Instagram. Plus, she named her cat Olivia Benson, so you know she's serious about her pets.

Swift is known for sporting glasses in her music videos, and looking good wearing sunglasses out and about. Everyone needs more than one pair of both kinds of the accessory, and 1,989 pairs would be fantastic!

She considers 13 her lucky number. You can see it in her Twitter handle, she writes it on her hand before very show, and as she said, "I was born on the 13th. I turned 13 on Friday the 13th. My first album went gold in 13 weeks. My first no. 1 song had a 13-second intro. Every time I’ve won an award I’ve been seated in either the 13th seat, the 13th row, the 13th section or row M, which is the 13th letter." All in all, she would really love anything representing her favorite number.

Swift's not shy about her love of wine. She also used to cry about Joni Mitchell after a couple glasses. Harry, just make sure it "sparkles" and tastes like "candy," because that's her favorite.

As of September 2014, T. Swift has never shopped on Amazon! Say what? If she was presented with some gift cards, she would find the wonders of the affordable, online shopping world.

You're welcome, Harry and Taylor.

More like this
Watch Harry Styles’ Sweet Reunion With His Primary School Teacher
By El Hunt
Harry Styles Helped A Fan Come Out As Gay In Dramatic Fashion At His London Show
By Jake Viswanath
Taylor Swift Fans Caught A Possible ‘1989’ Clue In Her Latest Awards Show Speech
By Grace Wehniainen
Taylor Swift Explained The Ambiguous Ending To ‘All Too Well: The Short Film’
By Grace Wehniainen
Get Even More From Bustle — Sign Up For The Newsletter