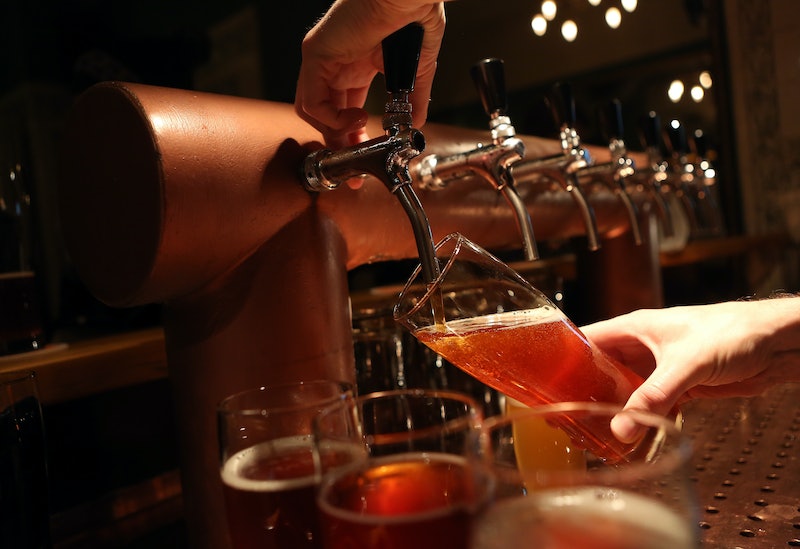 Here’s some stellar news for those among us who run on coffee by day and beer by night: your favorite beer brewers and coffee roasters are collaborating to create the ne plus ultra of the beverage world. And while the two have a long-established rapport that goes beyond a seasonal special at a monopolizing beverage franchise, the introduction of Starbucks’ "Dark Barrel Latte" may be an indicator that the relationship between craft beer and coffee is being tapped by mainstream markets. As Matt Viser at the Boston Globe points out, “Some of the hottest names among connoisseurs of both products are joining forces. Among beer and coffee snobs, it’s as if the Red Sox and the Patriots fielded a team together.” For those of you who aren’t sports enthusiasts, that’s basically baseball jargon for a literal gift from god.

You’d be hard-pressed to find a self-proclaimed foodie who doesn’t also take interest in at least some aspect of beverage culture, be it carefully crafted espresso drinks, locally brewed artisanal beers, or mixology and cocktails. There’s been crossover between the three since the birth of booze, but the recent popularity in coffee-infused artisanal brews has seen marriages between some of the best on the market, creating new exotic flavors for the taste aficionado. Here’re some of the highlights, as reported by Viser:

And at this point you’re probably thinking you’d like to sip every one those. Consider this your friendly reminder to drink responsibly (however feel free to do so while consuming any or all of the aforementioned alcoholic beverages).