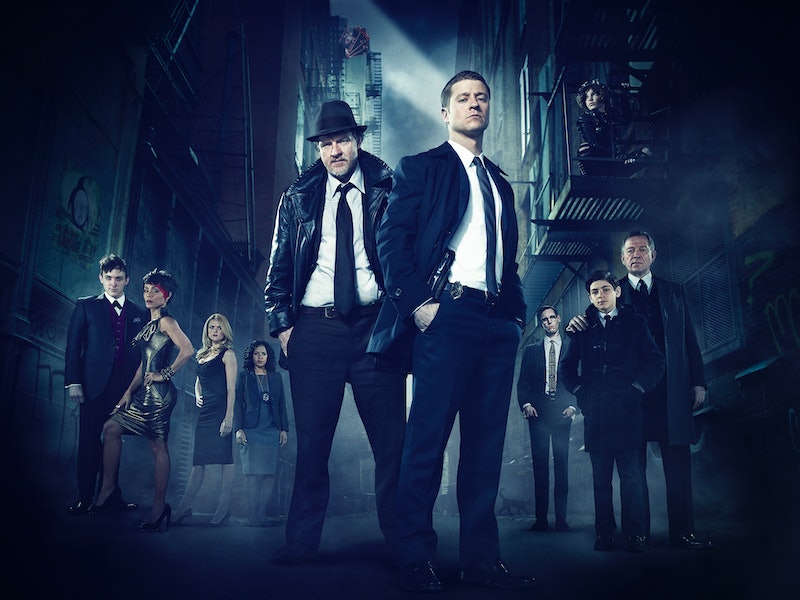 It's felt a little bit like Gotham has been spinning its wheels for the past few weeks. But it's been leading up to the Gotham winter finale on Nov. 24, which originally would have served as the midway point of Season 1. However now that the season has 22 episodes instead of 16, that's not the case. Hopefully, something a little explosive will still happen in Monday's episode. Perhaps even… a death? A main character biting the dust would be a way to prove that nobody's safe here in Gotham City. Executive producer Bruno Heller told Entertainment Weekly that he's "not afraid" to kill off major Gotham characters. Well, challenge accepted, Mr. Heller — let's try to figure out which of the series' biggest characters have the best chance of being eliminated this season, from least to most likely.

He's the only other character I'd say has a full 0 percent chance of being killed this season. He's not only the breakout star, but his plan has become such a huge part of the show that it would be nonsensical to kill him off.

He's the protagonist of this show, so it's pretty unlikely that they'll ax Jim. I know he's gotten a little boring, but the square-jawed good guy is necessary in a superhero show, even if the good guy isn't the one with powers. But they might go for a fakeout death to close out the season.

Her name is Selina Kyle and her nickname is "Cat…" but I suppose it's slightly easier to replace her than any of the other principal characters.

Now, Harvey is expendable. He's also hilarious, so it would be a shame to lose him, but I can see how his death might make for an emotional and an eventful end to the season.

The show isn't giving out enough hints to guess whether or not Carmine will be a lost cause or will end the season with more power than he started with. Seems like both are equally possible, therefore...

With Penguin poised to take over Maroni's business and already running his mob front, he's totally expendable. The only thing saving him? Years of comics history.

Now my money is on Fish being caught/foiled, but not on her death (she might make for an out-of-the-box Joker, though). But obviously as the only original character, there's a good chance she'll be the one to bite it this season.

Chance of… Something Happening to Her: 100 percent

He's totally going to be assassinated by the end of the season.