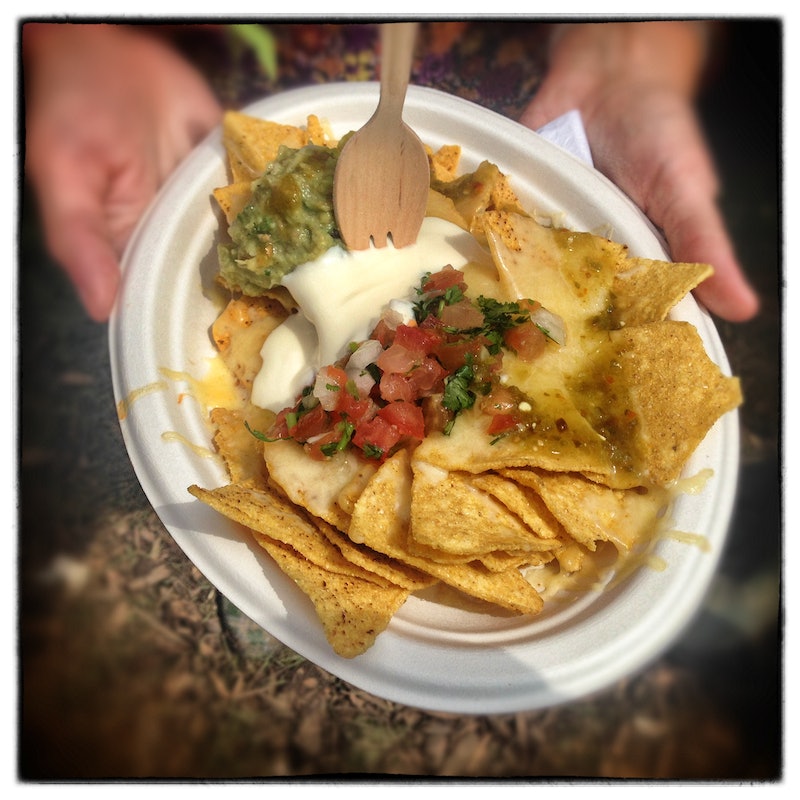 Thanksgiving is a time for going to your family home and eating so much food that when you poke your belly, it feels as hard as concrete (which, to be clear, has nothing to do with abs, and everything to do with food on food on food on food). That food includes succulent turkey, sweet potatoes, roasted vegetables, decadent stuffing, pies for days and whatever other Thanksgiving treats your family conjures up this time of year. I've obviously been lucky enough that in the 4 years I've lived in the USA, I have been invited to several incredibly #blessed Thanksgiving tables (if you want to see a 5'1", 110-pound woman inhale her weight in food, I'm available as a seat filler for your next food-centric event). But there was one Thanksgiving—a blight on my excellent Thanksgiving track record if you will—where I was home alone on Thanksgiving.

What happens to a human alone on Thanksgiving isn't a source of pride for anyone. For all your good intentions, if you don't go home for Thanksgiving, you're not going to cook yourself a turkey. You might eat a can of cranberry jelly with a fork, but you will not make a turkey. You'll say you're going to make proper Thanksgiving food, but we all know that as you say that you're LOL-ing inside your head forever, thinking about how you're going to eat the rest of the sour cream with your fingers for dinner. So while you're pouring chips straight from the bag into your mouth, here's your solace: you're not alone. Go to the window and take a look out; under the same sky are thousands more like you, who didn't make it home for Thanksgiving, and ate around the mold on an old block of cheese instead. Here are 9 things you're probably (definitely) going to eat if you don't go home for Thanksgiving.

And you'll be DAMNED if the cheese in the middle isn't as thick as the slices of bread flanking it.

Whatever You Have That Goes With Peanut Butter

In your darkest moments, you'll rummage through your cupboards and fridge looking for things that go with peanut butter. Then you'll take said things (most likely stale Saltines) still in their package, your jar of peanut butter, and a knife and sit on the couch in your sweats watching ANTM and smearing the things with so much peanut butter you won't even be able to taste what the things are anyway. Also your sweats are now covered in peanut butter. Go change, you grub.

Nachos are about as inevitable on a Thanksgiving away from home as the sun rising in the morning. You can't avoid them. You can try, but you will not succeed. At some point on Thanksgiving Day, you're going to decide it's a good idea to go to your bodega and get some of that bright yellow, rubbery cheese for $1, some chips, and some hot sauce and put them all in the oven together.

It was totally an impulse buy at the bodega counter, but it's as close as you're going to get to the real deal today.

A Bag Of Chips

I'm being generous by saying "a" bag of chips because we all know you're having at least 3—and we're talking about the big sharing size here, except you wont be sharing. And you thought excessive Turkey-eating was your beast mode.

Turns out, you have a hot Thanksgiving dinner date with a dear man named General Tso.

I SEE YOU. Don't pretend like you don't stand in the fridge sampling all your roommates condiments. If your roommate is smart, they're going to have removed all their perishable food from the fridge before leaving you at home alone for Thanksgiving, so you're going to have to make do with the array of sauces that are left. May I recommend the pesto?

The road to hell is paved with good intentions. I mean, you really did think you were going to actually bake a pie, but the later in the day it got, the lazier you got, so you just bought one on sale from the supermarket. And ate the whole thing.

By the end of the day, you've probably eaten just as much as you would have at home, notwithstanding the quality of the food. Just when you think you can't add anything more to the cheese, pumpkin, jerky, oyster sauce combo boiling in your belly, you go ahead and outdo yourself with a whole tub of Ben & Jerry's. Because it's Thanksgiving and you're a fancy princess, so why the hell not?