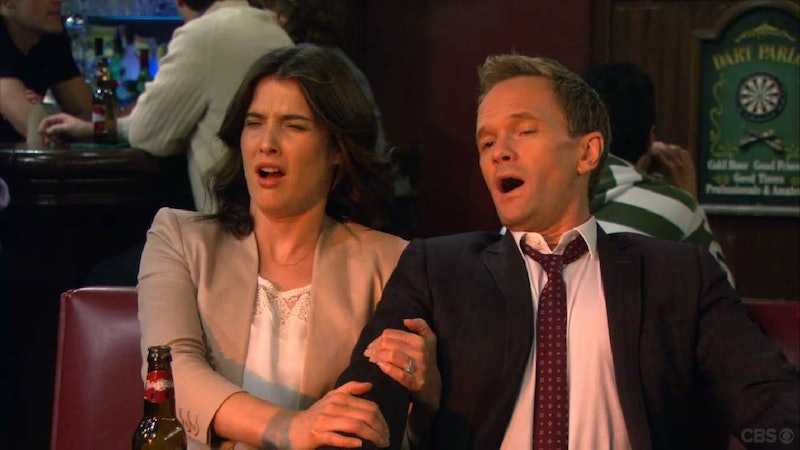 Before I dated my ex, we were best friends. I don't think there was a conscious thought I ever had in the time we were friends or the the time we were dating that I didn't immediately say to him. If you had told me then that more than three years after our break-up, I would be sitting at my desk, genuinely at a loss to remember when I spoke with him last, I wouldn't have believed you. It's not that I harbor any ill will toward him (and I'd like to think he doesn't toward me), but the truth is we aren't friends anymore. It's not that we're enemies. It's kind of like we're...nothings. We're these two people who used to exist together, but kind of just floated into the ether as life without each other became more and more of a conceivable idea.

I'm not saying it was easy, because it wasn't. I was the one who did the breaking up and also the one who handled it the most immaturely. It was my first big break-up, and without any script to follow or experience to draw from, the first few months of trying to stay in touch with each other as "just friends" were pretty miserable. I shouldn't have even tried to stay friends with him, but I was too inexperienced in both the process of breaking up, and life without him in it, to even consider that as a viable option.

I can stand apart from it all now, with a few years of perspective, and recognize that out of all the decisions we came to in those few months, breaking off the friendship was a healthy move to make. Eventually I stopped being preoccupied by the idea of what he was doing or who he was with, and although I don't really have much of an idea of what's going on in his life anymore, I heard from a mutual friend that he has been happily dating somebody else. The distance we created all those years ago was necessary for us to move on from what we had and move toward what would really make us happy.

I think it is entirely possible for some exes to remain friends, depending on the circumstances. But if you experience any of the things I experienced then, it might be time to consider breaking things off for good:

You Are Stalking Their Social Media

To the point where you start checking their Facebook timeline in the morning before you even check your own—and you read way too far into every little detail. You start looking for hidden messages in a status about them eating Chick-Fil-A, and your whole world is upended if they change their profile picture. You didn't even look at their social media this much when you were actually dating. It's almost like an addiction.

You Still Feel Attracted To Them When You See Them

Attraction is not something that you can flip on and off like a switch. You can make a conscious decision that it is best for you not to be with somebody anymore, but this is one instance where your brain does not necessarily feel the need to communicate with the insane rush of adrenaline you still get whenever they walk into a room. Sometimes this might be a sign that you should get back together, but other times it is a misleading feeling that will only make your lives messier if you act on it.

You're Bitter When You See Them With Other People

Remember how I mentioned handling things immaturely? Ta-daaaaa! Even though I was the one to initiate the break-up, and somewhere deep in my core, I wanted him to be happy with somebody else, the first time I heard he'd kissed someone who wasn't me, it made me feel like a crazy person. I felt the need to immediately go out and kiss someone too, which was, if possible, even more ridiculous, because it's not like there was anything to "get even" over.

Every Conversation You Have Gets Overly Nostalgic

When my ex and I first broke up, we still talked and texted pretty frequently, which made sense at the time because our worlds had revolved around each other for a year at that point. But every conversation had this undertone to it...some kind of weirdness that was brewing just beneath the surface. He'd mention something about the way things used to be, or I would, and then all of a sudden we'd just kind of shut down or be mad at each other.

You Still Feel The Need To Assign Blame

Neither of us could let things go. In retrospect, I think we both did some stupid things both in the relationship (and after the relationship) that we would have liked to change, but the thing is, what's done is done. Once you decide to forgive the things that happened, you have no business bringing them back up in an argument. This was something I especially needed to learn, and I know I'm not alone in that.

You Are Holding Each Other Back

At some point or another, you just have to sit back and decide whether or not it is healthy for either of you to remain friends, or if it is just creating too much emotional baggage. For a long time, I think we were determined to try and get back what we had when we were just friends before we dated. We learned the hard way that with the two of us, there simply was no going back, and we were only going to hurt each other and ourselves by trying.

More like this
5 Signs You Have A Toxic Relationship With Yourself
By Lexi Inks
I Spent 2 Years Trying TikTok’s Dating Advice
By Kailynn Johnson
21 Galentine’s Day Memes To Celebrate Your Best Friends
By Meghan Bassett and Mia Mercado
4 Zodiac Signs That Will Take Forever To Admit They Like You
By Kristine Fellizar
Get Even More From Bustle — Sign Up For The Newsletter
From hair trends to relationship advice, our daily newsletter has everything you need to sound like a person who’s on TikTok, even if you aren’t.