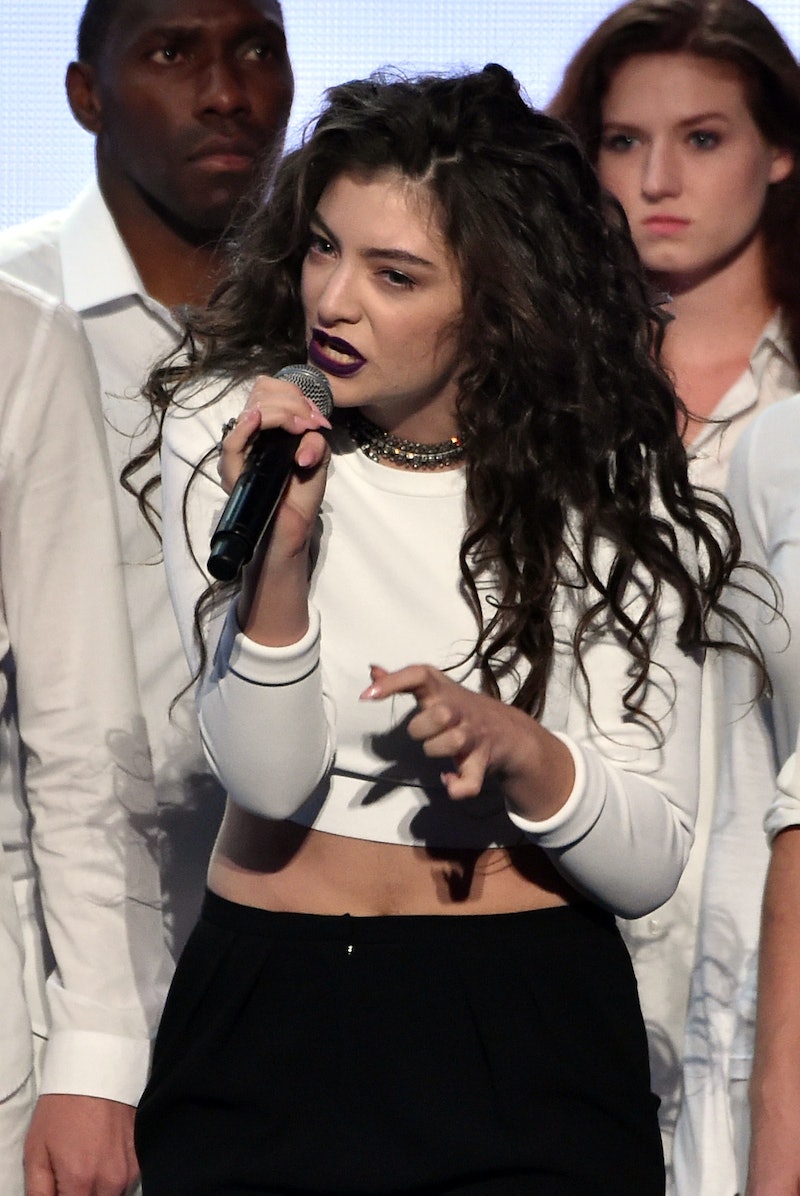 Lorde danced her way out of a box and got the crowd dancing out of their seats Sunday night at the American Music Awards, singing "Yellow Flicker Flame" from The Hunger Games: Mockingjay Part 1 soundtrack. But while shown in her own seat at the Nokia Theater in Los Angeles, Twitterers noticed that the woman next to her resembled a former teen songstress that paved the way for the 18-year-old singer back in the '90s. Yup, that's right — Twitter AMA watchers thought Lorde was sitting next to Britney Spears, but that was actually the Lorde's mom.

Twitter began posting a reaction screenshot of Lorde from the AMA ceremony with comments (and jokes, of course) about the resemblance between Lorde's mamma Sonja Yelich, a 49-year-old New Zealand poet, and Spears, who is 32. There may be an age difference, but I can see the resemblance and it's probably easy to mistake Yelich for Spears (with bangs) during a very fast reaction shot, since awards show cameras are known for their quick cuts. And it would make sense that Spears would attend a music-related event — she won an AMA for Favorite New Pop/Rock Artist in 2000. And why not sit next to Lorde? Spears could dispense sage advice to the young singer.

But alas, it was not Spears next to her, but Yelich, who is often Lorde's go-to awards show date. The proud momma was also her date to the Grammys earlier this year. Despite this case of mistaken identity, I can't help but giggle over Twitter and the Internet's reaction to thinking Lorde's mom was Spears. Or for some, who also thought Lorde was Cher. OK, sure. I guess that just means Lorde gets her star quality from her mom.