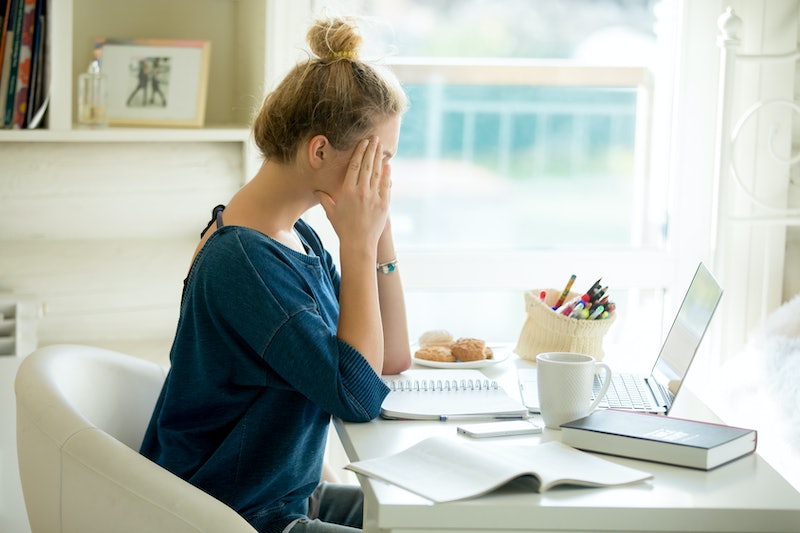 If you have a job at an office, chances are that you are sitting behind a desk for most of the day. While we already know that sitting is bad for your physical health, it turns out that sitting is bad for your mental health as well. A study from the University of Tasmania found a link between employees who sit for long periods of time and increased levels of psychological distress.

For the study, 3,367 employees of the Australian government were surveyed as part of a larger health initiative. They filled out a validated psychological assessment of their mental health, and were asked about their general physical activity and satisfaction at work in order to identify compounding factors. The researchers found that participants who sat for more than six hours a day were more likely to have moderate symptoms of anxiety and depression than employees who sat for less than three hours a day. And before you try and dismiss this data, know that these results are consistent with similar studies. Another Australian study published in the A merican Journal of Preventative Medicine found that women who sat for more than seven hours a day had a 47 percent higher risk of depression than women who sat for only four hours a day.

But the news only gets worse; trying to counterbalance your sedentary habits with trips to the gym won’t work. The only way to fight the harmful effects of sitting for hours on end is to actually get out of your chair. Taking breaks to walk around the office, getting up to stretch, and making a point to sit less are the only ways to make sure that you wont fall victim to sitting’s harmful effects.

So do yourself a favor and take a walk around the office or pick up lunch today instead of getting delivery— you'll be doing your body and mind a favor.