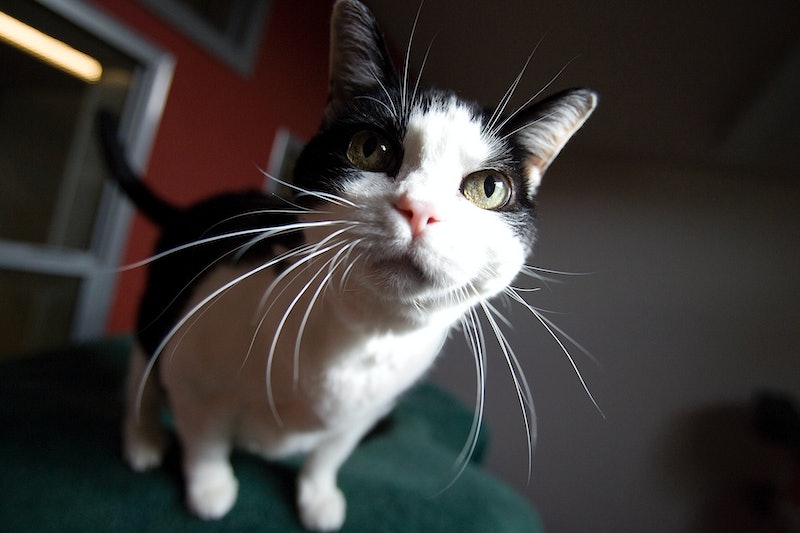 We already know that our cats probably hate us, so is it any surprise to find that they’re almost certainly trying to kill us, too? No, no, it is not — and YouTuber Sho Ko’s “8 Ways Your Cat Is Trying to Kill You” video is proof. Anyone who has ever spent a significant amount of time around cats will be intimately familiar with each and every one of these situations. I guarantee it.

Starring nefarious feline criminal masterminds Shorty and Kodi (Sho and Ko — get it?), “8 Ways Your Cat Is Trying to Kill You” details all the ways your cat is… well, trying to kill you. All those behaviors you think are just cats being playful, or cats being silly, or cats just being cats? Don’t be fooled. Underneath all that fluff and cuteness, they’re actually devious little devils, plotting and scheming the most ridiculous ways for you to meet your maker and paving the way for the Great Feline Uprising. I have two cats, so I’m already as good as dead — but you still have time. I have found the following five behaviors to be the most indicative of dastardly plans; scroll down to watch all eight, but if your cat begins displaying any of these behaviors, be on your guard. They might have something in store for you.

The younger of my two cats does this to me all. The time. Contrary to the video’s explanation, though, I don’t think she’s trying to trip me — I think she’s trying to gnaw my foot off, thereby hobbling me and preventing me from escaping her future traps. Either that or she’s just an asshole.

2. They Try to Kill You in Your Sleep

Methods may vary, depending on the cat. The one seen here likes to try to suffocate its victims with its bare paws when they're unconscious. On the other hand, the older of my two cats — an absurdly fluffy Maine Coon — positions herself right by your head while you sleep, ensuring that you breathe in only her magnificent fur. And my youngest cat? She likes to punch you in the face when you’re at your most vulnerable. It's her specialty.

3. They Ambush You When You’re Least Expecting It

Like when you go to take a shower. They always act like you caught them doing something they’re not supposed to do, too. Definitely suspicious.

4. They Seek Out and Exploit Human Weakness

They know we think it’s adorable when they climb on top of us, knead, and purr. In reality, though, they’re disarming us, positioning themselves in a strategically desirable location, and preparing our flesh for mangling. Sneaky little monsters.

These guys? They’re going all Shawshank Redemption on that wall, and they don’t even need Rita Hayworth’s help to do it.

But even after pulling all of these tricks and traps, they follow it all up with doing something like bringing you their toys as presents, or hopping up on your lap to cuddle with you, or batting adorably at that feathered thing on a stick they love so much, and, well…good golly, they’re just so cute. They can’t really be plotting against us, right? Right?