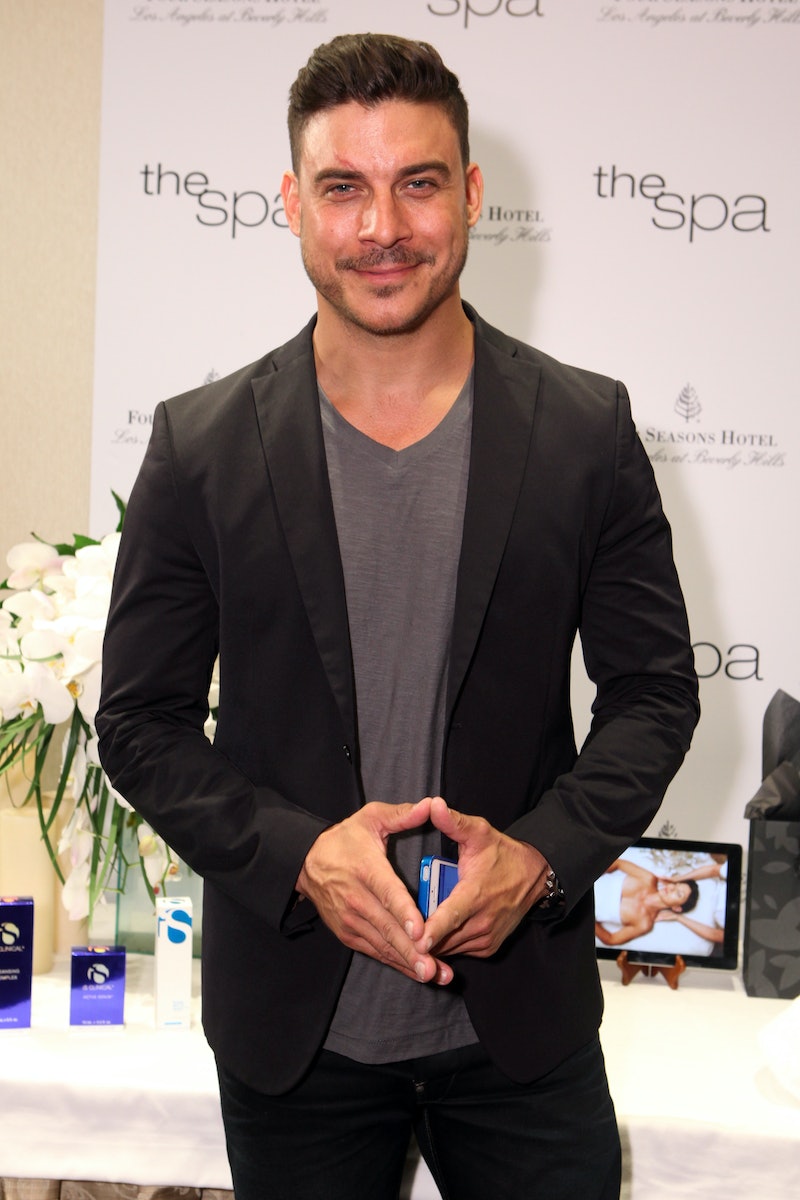 About that non-cosmetic nose job that Jax from Vanderpump Rules got earlier this year: just how non-cosmetic was it actually? The self-professed reason for Jax Taylor's decision to undergo plastic surgery was to fix a deviated septum, but this does sound like a bit of a convenient excuse. So, let's delve right into it. Did Jax really need a nose job, or was he just feeling a little self-conscious of his wide-bridged nose?

On last week's episode of Vanderpump Rules, Lisa cast a pretty large shadow of doubt over Jax's reason for getting his nose done. Not like we weren't already a little dubious, but Lisa further confirmed that the nose job may have been less of a health emergency and more of a question of vanity. On an episode of her Vlog, Vanderpump sums of her questions:

I think we can safely say that deviated septum when you're gonna have a nose job in this town actually translates to 'I don't like my headshot.'

Very good point, Lisa. However, something tells me that Jax's main issue isn't a question of himself not liking his headshot enough. Quite the contrary, I'd say his history of personal problems stems from liking himself too much.

When Jax talks about his decision to get the procedure, he admits that it'll have cosmetic elements. His attitude is, in summary: Well, I'm going to get a cavity in my nose fixed, I might as well eradicate the bump in my nose. He references snoring/breathing issues that led him to consult a plastic surgeon, and it's very likely that in a consultation the doctor talked him into doing some bonus external work. Plastic surgeons have a habit of doing that, don't they?

Whether or not he's just being a bit shy about his motives, it turns out that compounding rhinoplasty (which affects the outside of your nose) with septoplasty (the closing of a deviated septum) is a fairly common procedure. According to WebMD, Septorhinoplasty, as Jax's procedure is called, "evens out breathing between the nostrils" while improving the "overall appearance of the nose." Aha, so this sounds like what ser Jax opted for: a little business, and a little pleasure.

While it's hard to tell for sure whether Jax's original impetus was related to improving his appearance or his breathing problems, it seems like a little of both. Let's take a look at the before...

Ultimately, he could've probably lived with the negative effects of having a third hole in his nose. However, if such a gradual change in appearance enables him to be more secure in his skin (and by proxy, more of an adult who can treat fellow humans better) , that's a good enough reason for anyone to go under the knife.

More like this
TikTokers With Eczema Are Opening Up About Topical Steroid Withdrawal
By Kui Mwai
The Best Underwear For Sensitive Skin, According To A Dermatologist
By Alexa Vazquez
Lenny Kravitz Just Made Toothpaste Sexy
By Caroline Goldfarb
Travis Barker & Kourney Kardashian’s Updates About His Health Are Promising
By Stephanie Topacio Long
Get Even More From Bustle — Sign Up For The Newsletter