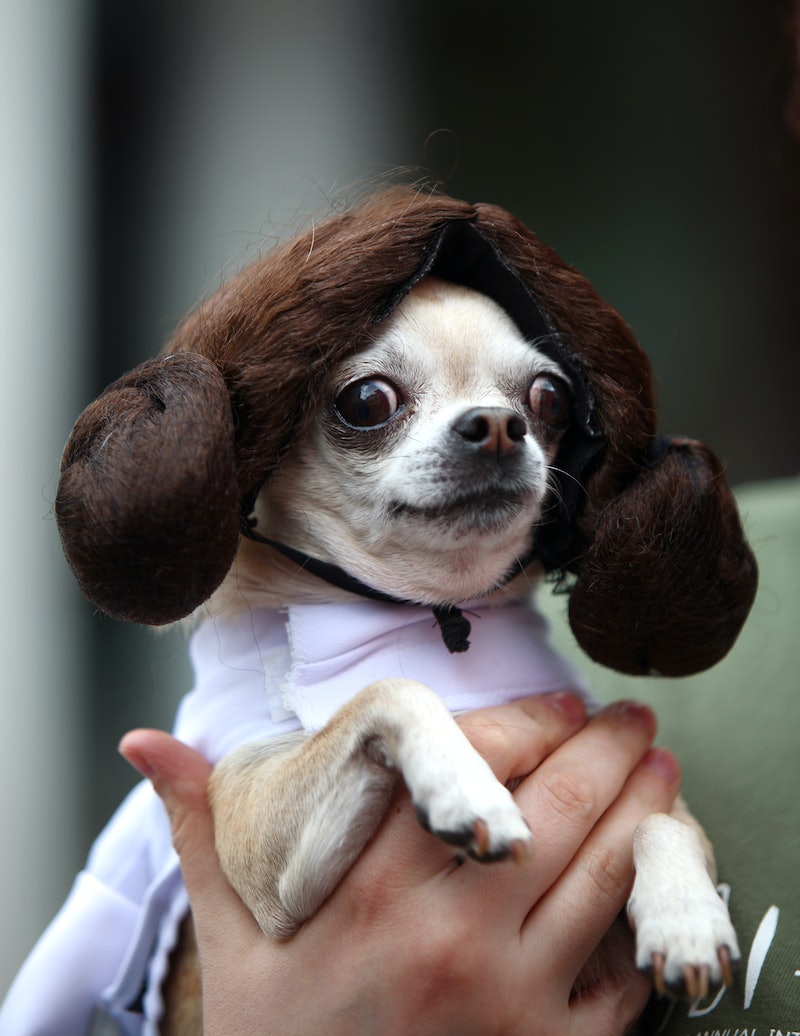 Let the countdown commence: The first teaser trailer for Star Wars Episode VII: The Force Awakens is set to hit theaters Friday. What secrets lie within its contents, and will Americans even be able to see it through their post-Thanksgiving haze? The announcement of the trailer's imminent release came straight from director J.J. Abrams — or at least from his stationary and the Bad Robot twitter account. He wrote:

A tiny* peek at what we're working on — this Friday in select theaters. Hope you enjoy, and have a most excellent Thanksgiving.

Eighty-eight seconds is a lot more time than I assumed A Force Awakens would spend on its first teaser — I woulda thought they'd release one of those frustratingly spare 10-second clips of, say, the Millennium Falcon flying through space. This, though, makes it seem like we might actually get some footage. Of the actual movie. So here's what I'm hoping to see when the trailer hits 30 theaters this Friday.

If you don't show us the original golden trio at the very least they've gotta give us a flash of Leia braid, right? RIGHT?

They've got a recent Oscar winner in her first live action role since the Oscar. And she's Lupita Nyong'o. C'mon. I've gotta see it. I have to know who she's playing! SOMEBODY TELL ME.

Or any of the other new cast members

If you think these two being together for decades has lessened their ability to snark at each other then you have obviously never been acquainted with Han Solo and Princess Leia. If the entire voice-over of this trailer is just the two of them griping at each other I will be a happy lady.

Actual confirmation of the plot of this movie

But this is an Abrams production, so chances of this seem slim to none.

What I actually expect it to show? A flash of the Millennium Falcon and a shot of space, and lots of Foreign Planet Scenery and people shot from the back wearing robes. Damn you, JJ!

More like this
'Stranger Things' Season 4 Volume 2 Trailer Teases New Episodes Coming July 1
By Grace Wehniainen and Gabrielle Bondi
Everything To Know About Obi-Wan Kenobi Season 2
By Kadin Burnett
Who Is Liam Neeson's Character In The Obi-Wan Kenobi Finale?
By Kadin Burnett
Everything You Need To Know About The 'Knives Out' Sequel
By Grace Wehniainen
Get Even More From Bustle — Sign Up For The Newsletter