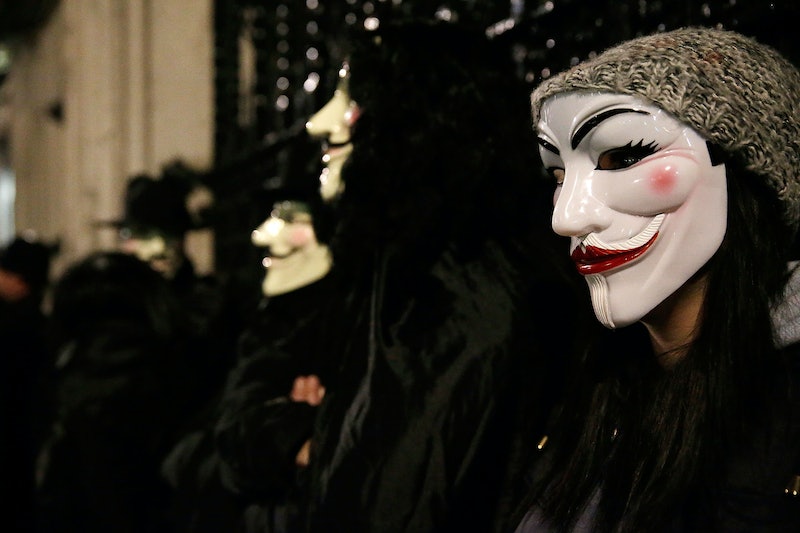 On Monday night, the Ferguson, Missouri grand jury cleared Darren Wilson of criminal charges in the fatal shooting of Michael Brown. Outside the courthouse, crowds of angry citizens gathered in protest, and among them were people wearing Guy Fawkes masks, the signature costume of anti-corruption hacktivist group Anonymous.

Anonymous has been at the center of the Michael Brown case since the unarmed teenager was shot in August. They launched Operation Ferguson (@OpFerguson) to organize cyber protests, they made demands of the Ferguson police, and they encouraged Ferguson residents to protest, offering their protection and solidarity. Days later, they released the name of the man they believed to have shot Michael Brown (their information was incorrect), and last Thursday a video surfaced in which Anonymous warned Ferguson police against using violence to control protestors.

Tonight, they continue to lend a voice to the collective outcry against the acquittal of Wilson, both in Ferguson and online. The group is tweeting from several accounts, aggregating furious responses to the verdict, and keeping followers apprised of the situation and encouraging them to stay safe. In the absence of justice, they say "We are the law now."