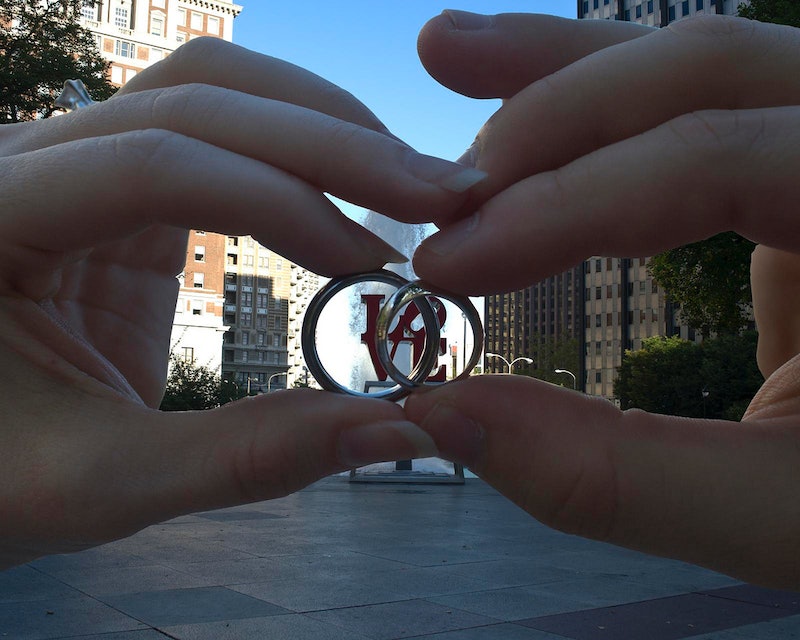 As frequently as I write about public marriage proposals — specifically failed ones — I don’t actually know anyone who has taken part in one, successful or otherwise. But at least Reddit has me covered: late last night, Redditor mKselbor posted a thread to AskReddit asking people who have said “no” to public marriage proposals what their story was and why they turned their partner down. By and large, the thread is full of people making excellent decisions — they didn’t want to get married to the person who proposed, they didn’t want to get married at all, they thought they were too young, and so on — so I take comfort in knowing that for every person who doesn’t think the whole public proposal thing through, there’s at least one other person out there who sees these situations clearly and acts accordingly. Equal and opposite reactions and such.

Let me take this moment to say that I don’t think public proposals are inherently awful; if everyone involved digs the idea and wants to tie the knot, then go forth and do it. But it’s incredibly easy for something to go wrong, so if you do want to get down on one knee in public, ask yourself the following questions first:

If your answer to any of these questions is “no,” do not proceed. Talk to your partner first: Figure out if the two of you do want to get married, whether you want to get married to each other, and if so, roughly when you want it to happen (now? Later? Much later?); and while you’re it, find out whether he or she would love a public proposal, or whether a public proposal would make him or her never want to see you again. If you have received positive answers to all of these questions, then, and only then, should you begin to plan a public proposal. Also know that all parties involved reserve the right to change their mind about any and all of it at any point.

Now then: On with the stories!

First off, never propose at someone else’s big event. That’s just rude. Second off, talk to your SO about it first. Why would you not do that?!

Not going to lie: I’m kind of curious to know what was going through the guy’s head when he asked a complete stranger to marry him. Was it a joke? Was he serious? Was it a case of mistaken identity? Was he really, really high? We may never know.

For the curious, here’s the picture:

I think rieiblue made the right decision — and given that she was probably 17 or 18 at the time, she handled it about as well as she likely could have. Someone asked how the guy’s family reacted, and, well…

That family must have put a lot of stock in high school relationships to have behaved like that.

4. The Most Magical Place on Earth

Another proposal to a stranger? Is this a thing that people do of which I have hitherto had no knowledge? Because it seems kind of weird, even for a joke. Maybe that’s just me, though.

5. You Don’t Really Not Want to Get Married, Right?

The TL;DR says it all. I also like fellow Redditor long92’s take on the booing:

True that. If you know you don’t want to marry someone, why is “no” somehow the “wrong” answer? The only wrong answer is not answering what you really want.

OK, so even though this woman might have had every indication that her partner’s answer would be “yes,” she still should have discussed it with him first. But turning her down because “women shouldn’t propose?” Good gravy. You’re better off without him. Trust me.

7. We Are Never, Ever Getting Back Together

While I understand Touchmypandaclit’s frustration with a stalled partner, she sounds a little like she wanted him to be something he wasn’t. At the same time, though, proposing to someone after they’ve already broken up with you? BAD IDEA. TERRIBLE IDEA. WORST IDEA EVER.

Look, I understand wanting to stand by your family members… but at the same time, if they’re doing things like cheating on their significant others whom they allegedly want to marry, isn’t it better to call them out on their shit? On what planet does the following exchange make sense?:

“Because he told me he cheated on me.”

“STAY AWAY FROM MY SON, YOU WHORE!”

At least he figured out it wasn’t going to work out.