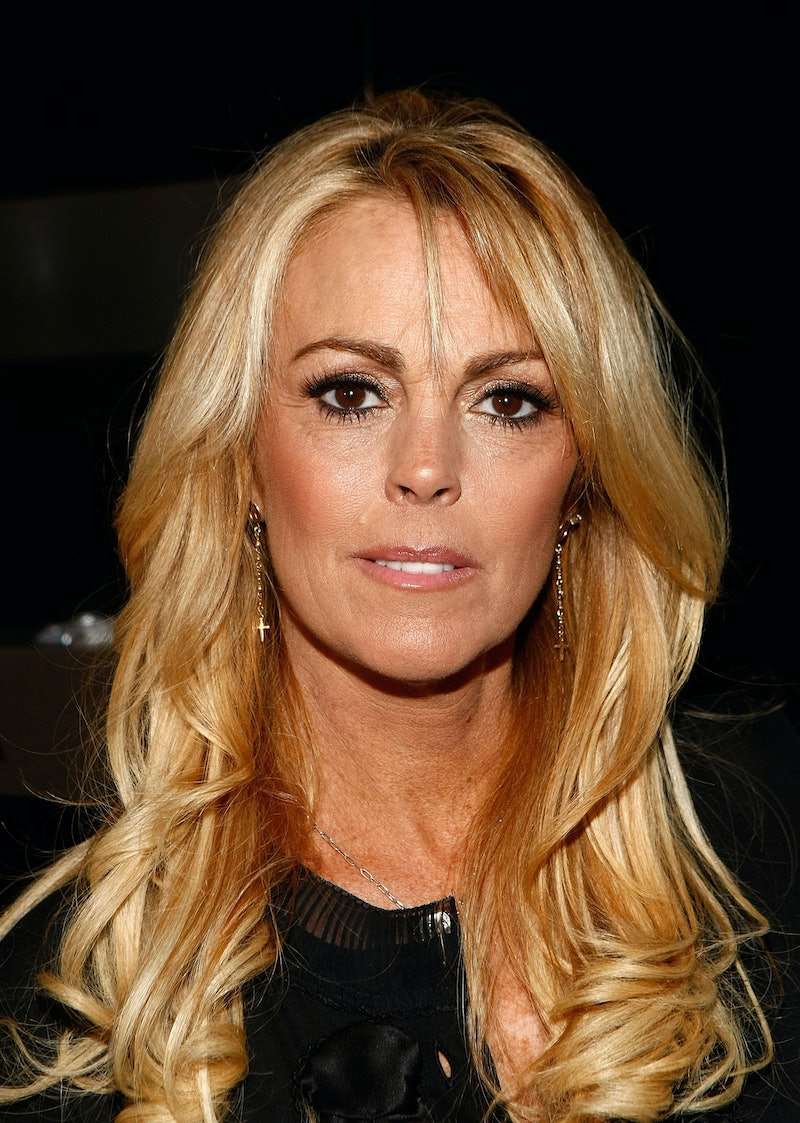 Much to the shock and awe of people the world over, Dina Lohan was arrested last night on a DUI charge in Oyster Bay, Long Island. She was pulled over for doing 77 in a 55 MPH zone, so there's her whole, "I tooootally didn't know I was speeding" excuse right out the window. Did I mention this was in her BMW? On Long Island? Anyway, her breathalyzer test put her blood alcohol levels at .20, which is a significant amount over the .08 that is legally allowed.

Although Dina Lohan initially reported injuries suffered during the course of the arrest, she classily took it all back when she was examined by a doctor and found to be completely fine.

Needless to say, this is not great press for the Lohan tribe, especially with Lindsay working hard to revive her career after struggling repeatedly with substance abuse. Relations between mother and daughter have been complicated and fraught for a while now, but given the make-it-or-break-it feeling we all have in regard to Lindsay's career in the future, this familial arrest could not have been more poorly timed.

One can only hope that Dina Lohan follows her daughter's example and books herself into rehab. Or, better yet, I'm hoping that Oprah signs another deal and throws Dina right in with all of that amazing soon-to-be-seen Lindsay coverage. A girl can only hope.