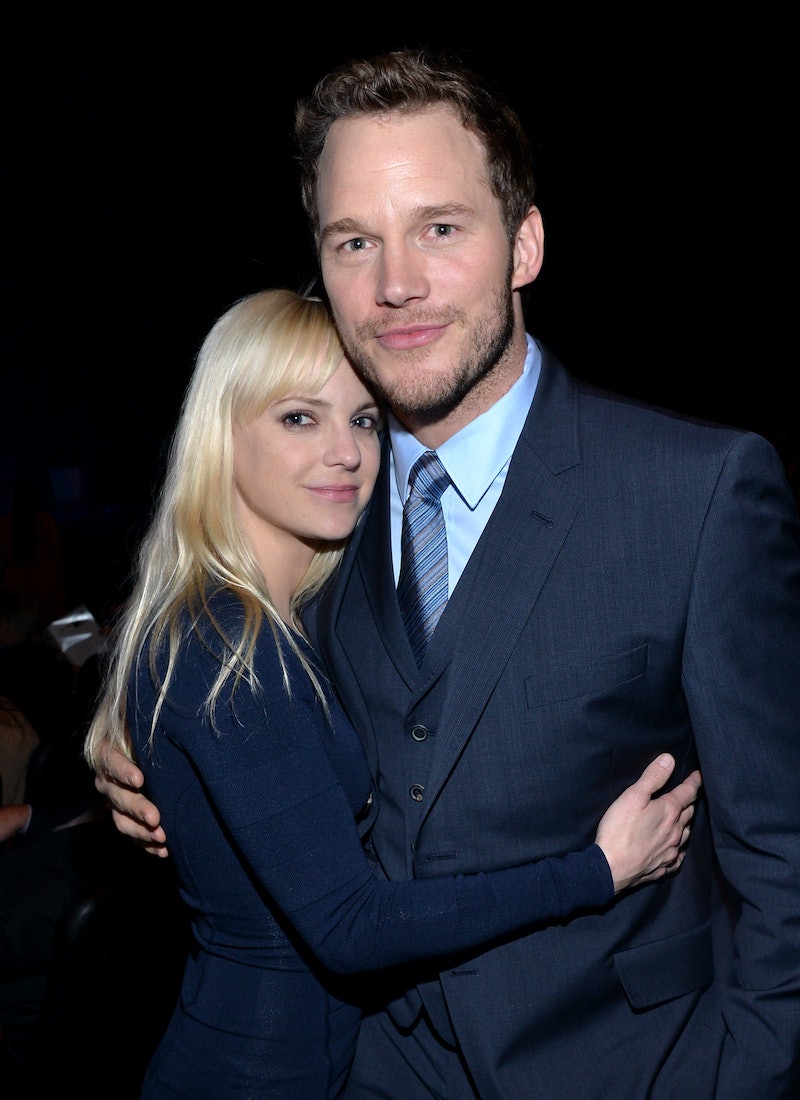 The pair made their first acquaintance on set of the movie Take Me Home Tonight in 2007, and thus, the great Pratt-Faris romance began! "We met making this movie and we fell in love during that time," Faris told On The Red Carpet a couple years later. And in '09, they tied the knot in an intimate ceremony in Bali. It sounds like the fates had set up their love to blossom with unparalleled ease. First comes motion picture, then comes love, then comes Bali wedding. However, there was a wee bit of a road block when they first met: Faris was married to someone else. GASP!

When they were shooting the movie, Faris was still wed to her husband of three years, Ben Indra. So, are we to believe that they were launched into a torrid affair rife with scandal and passion? Nah, not really. It was all rather innocent at the beginning. Pratt and Faris cultivated a friendship on set of the comedy, hanging out in each others trailers regularly, but there was no cuckolding happening on the set of this film.

While Pratt had no intention to pursue Faris and wreck any homes, he still wasn't blind to her charms in any respect. He had his own Pratt-ian way of planting seeds, which consisted of leaving dirty magazines around and talking up his single life. Writer Anna Peele explained the early stages of the Chris/Anna romance in her August 2014 profile of Pratt in Esquire:

Oh, how college this all sounds. A year later, Faris called up Pratt to let him know that she and Indra were getting an annulment, which is when Pratt decided to make a move, once and for all. He studied her interests and even tried to "learn her sweet patience." Aw, shucks... These two!!

In the mean time, I'll be focusing on whether Chris Pratt has a separated-at-birth-identical-twin to set you up with.

More like this
Chris Hemsworth Joked That Baring His Butt In ‘Thor: Love And Thunder’ Was A “Dream”
By Brad Witter
Eva Mendes Just Claimed Ryan Gosling’s “Ken” Underwear
By Rachel Mantock
Jurnee Smollett’s Heart Is Healing
By Rebecca Carroll
What Is Miles Teller's Net Worth? How The 'Top Gun: Maverick' Star Made His Millions
By Meg Walters
Get Even More From Bustle — Sign Up For The Newsletter