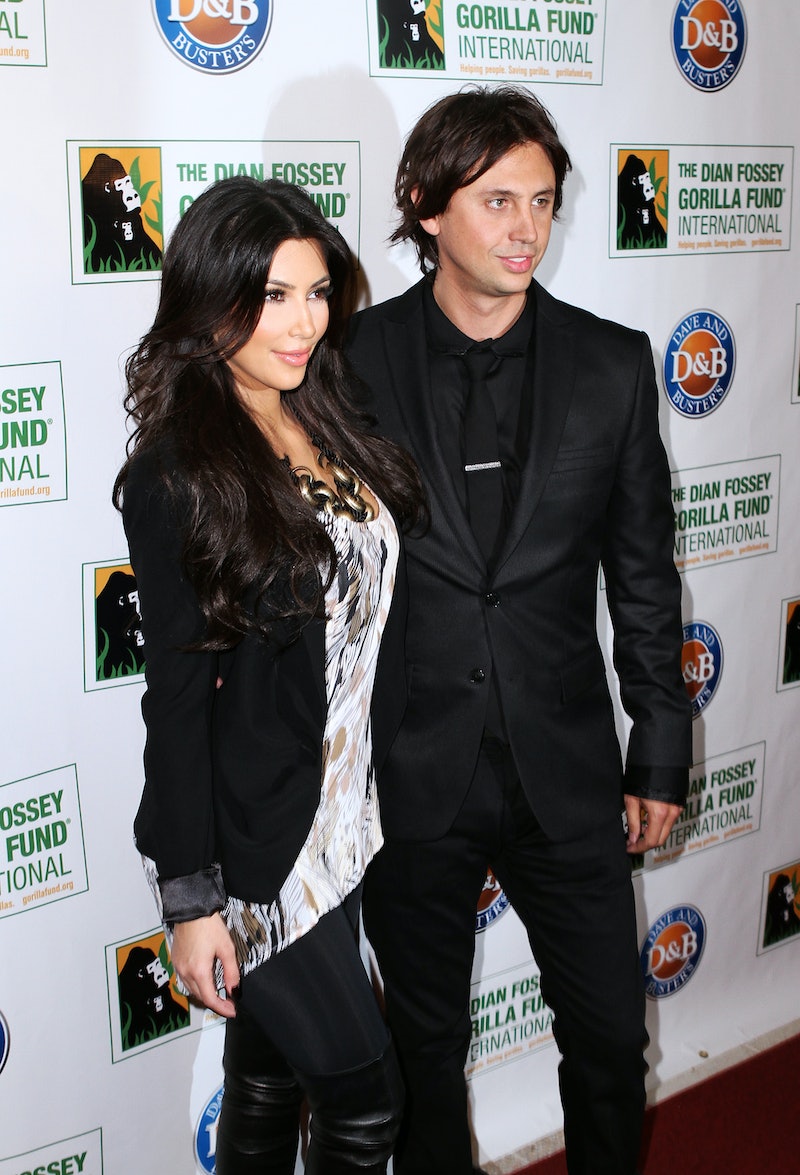 For as long as there has been any incarnation of Keeping Up With The Kardashians, there has been Jonathan Cheban. In fact, he's around the family so much that he might as well be an honorary Kardashian by now. It's obvious that this BFF of Kim's is a permanent fixture in her life, but on Sunday's episode of Kourtney and Khloe Take The Hamptons, it sounds like their friendship is about to hit a serious rough patch. Kim is about to lay a serious accusation on Jonathan when she and Kourtney suspect that he's been leaking stories about their family to the press, and needless to say, Jonathan's not going to be happy about it. Will their friendship be able to survive something like that?

If Jonathan's Twitter is to be trusted, absolutely — his tweets indicate that he's definitely still in Kim's good graces. But I still want to know more about him. He's been popping up so often on various Kardashian-related programming that I feel like we should have been properly introduced. After all, his appearances are usually limited to a quick disparaging comment on whatever strange article of clothing Kim's decided to wear that day or to provide commentary on the current family drama. Who actually is this guy, and why does he get to hang out with my favorite celebrity family all the time?

After a little investigating, I came to the following conclusion: Jonathan's a pretty cool dude, BFFs with Kim Kardashian or not.

He had his own reality show

It was called The Spin Crowd, and it aired on E! in 2010. It only lasted a season, though. The show centered around the PR firm that Jonathan owned with Simon Huck called Command PR. And for a shocking fun fact about the show: Kim Kardashian executive produced it.

And he appeared on Millionaire Matchmaker

Jonathan's turning out to be quite a reality show vet, huh? Usually I am an E! and TLC girl, but occasionally I make an exception for Bravo when Millionaire Matchmaker is on. Oh, how I wish that I was rich enough to task Patti with finding me a suitable match, even though me appearing on that show would probably piss my boyfriend off. I just love how she tells it how it is in a way I've never been able to do, and Jonathan got to experience it all firsthand last December. He didn't end up finding true love, but he did end up revealing exactly how picky he actually is when it comes to women.

He and the fam go way back

According to Wetpaint, Jonathan and Scott Disick met way before he met Kim. In fact, they even grew up together in New York. How adorable is that? I can just see them running around the playground together, mocking each other's bowties.