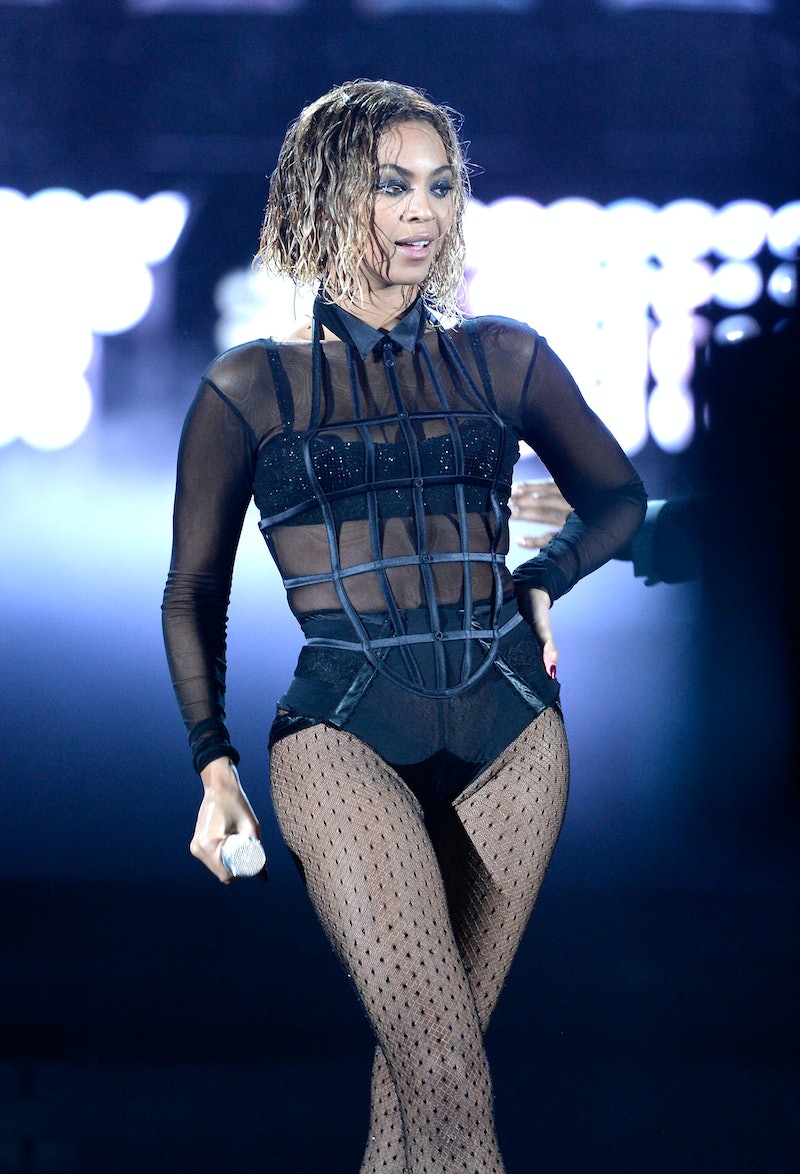 Listening to Beyoncé: Platinum Edition sometimes feels like a puzzle. Gone are the days when deciphering a song was as easy as singing the repeating chorus of "Love On Top," because Bey has gotten complicated. Beyoncé's new song "7/11" is hands down one of my favorite songs she has produced in a long time, the music video is even better. But what the fresh hell is "7/11" about? Even members of the Beyhive are scratching their heads over this one. Well, after a little research and listening to the song on repeat for about an hour — OK, three hours... rough job — I have come with a solid theory to the meaning behind Beyoncé's newest hit "7/11".

Looking at the lyrics of "7/11," little hints are given throughout the song. The beginning of the song begins in a pretty obscure lyrical place:

It isn't until later in the song that we get the following lyrics:

And that's when it clicked. After reading about almost every single reference to "7/11," I can confidently say — as confident as one can be while deciphering Bey lyrics — that "7/11" is about the drinking game 7/11 Doubles. Here me out.

In the drinking game 7/11 Doubles, a drink (beer, mixed drink, whatever you like) is placed in the middle of a table, and the first player throws a pair of dice. If that person rolls a 7, 11, or double (like two 5s) then they get to choose a player to drink. If they don't roll one of the above combinations, they pass the dice to the left (to the left, to the left... sorry, I had to).

Once a player rolls one of the lucky combos, they choose a drinker. The drinker must finish the drink in the middle of the table before another roller rolls a 7, 11, or double. Obviously you want to play this game responsibly.

The entire "7/11" song feels like one big party. The entire video for the song also feels like one big party. There are quite a few references to drinking in the song, and even more references to dancing and moving that body, which obviously would come with playing a game like 7/11 Doubles. So I'm gonna call this song as Bey and her Beyhive having a good old time partying.

Now, if I am way off, and I very well could be, Beyoncé doesn't scream "drinking game," there is another direction we could go in deciphering the song. The big one being a reference to the 7-11 stores. As Bustle writer Alyse Whitney mentioned, 7-11 is mentioned in "Drunk In Love," which could mean that the reference is to the 7-11 hours. Most 7-11s are open 24/7, which could work with the lyrics in "Drunk In Love," “No complaints from my body, so fluorescent under these lights/Boy, I’m drinking/Park it in my lot 7-11/I’m rubbing on it, rub-rubbing/If you scared, call that reverend.”

But honestly, if Beyoncé is singing about the convenience store, there is no reason she couldn't be referencing a college drinking game.