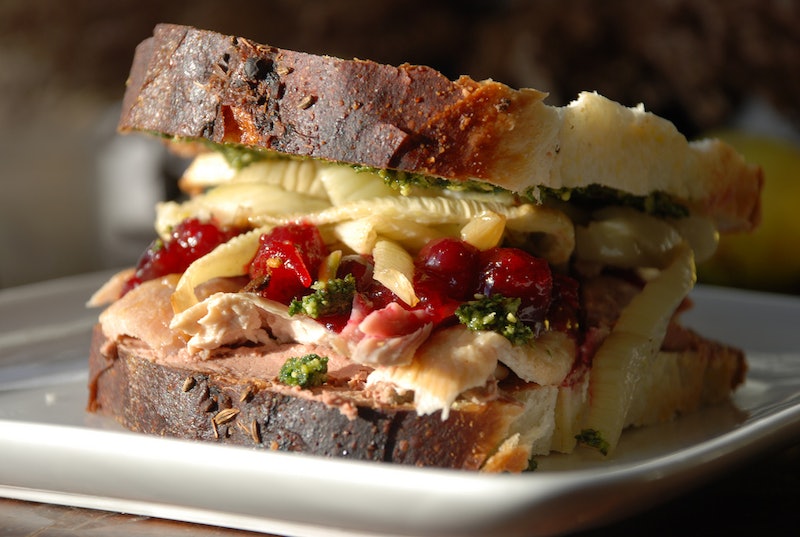 Thanksgiving leftovers: Love ‘em or hate ‘em, you’ll probably be eating them for at least a week following Turkey Day itself. If finishing them off seems more like a chore than a gift, though, here’s something to make that spare turkey, stuffing, and cranberry sauce all shiny and new: BuzzFeed’s “Five Genius Thanksgiving Leftover Hacks” video. In just a little more than two minutes, it’ll teach you a whole bunch of ways to transform the same old leftovers into totally different meals. Neat-o, right?

Even if you’re not super skilled in the kitchen, the recipes are simple enough that even the most amateur of chefs can handle them — and even if you are well-versed in the ways of cooking lore, they’re still a welcome break from the complexities of cooking a full Thanksgiving meal. For most of these recipes, all you need are a couple of additional ingredients — many of which you likely already have hanging out in your pantry or your fridge — and maybe half an hour of cooking time. No fuss, no bother — just the way I like my holiday fallout to be. Here are three of my favorites; scroll down to watch the whole video:

Take three cups of leftover mashed potatoes; add three tablespoons of flour, 2/3 of a cup of cheese, a handful of chives if you have ‘em, and an egg; roll scoops of the resulting dough around in some flour; then fry ‘em in some oil until they’re crispy and golden. Yum!

The only thing I hate about using canned pumpkin puree in recipes is that I almost never end up using the whole can. I’ll use part of it — then I’ll stick the rest of it in the fridge, promising myself I’ll find something else to do with it, and then throwing it out a few weeks later because I broke my promise. Maybe I’ll just add it to my Rice Krispie Treat mix next time instead.

I can’t be the only person who actually prefers making Gobbler sandwiches out of Thanksgiving leftovers to actually eating all that turkey, stuffing, and cranberry sauce on the holiday itself, right? Well, here’s how to take the basic idea of a Gobbler and take it to a whole new level: Get yourself a can of Pillsbury crescent rolls, add all the Turkey Day leftovers your heart desires to the middle of each dough triangle before rolling it up, and bake ‘em at 350 degrees for 12 to 15 minutes. Best. Idea. Ever.

Need a few more ideas? We’ve got you covered. These 18 recipes will help you use up the rest of your bird; you can also feed your skin with these DIY beauty treatments. Happy cooking!