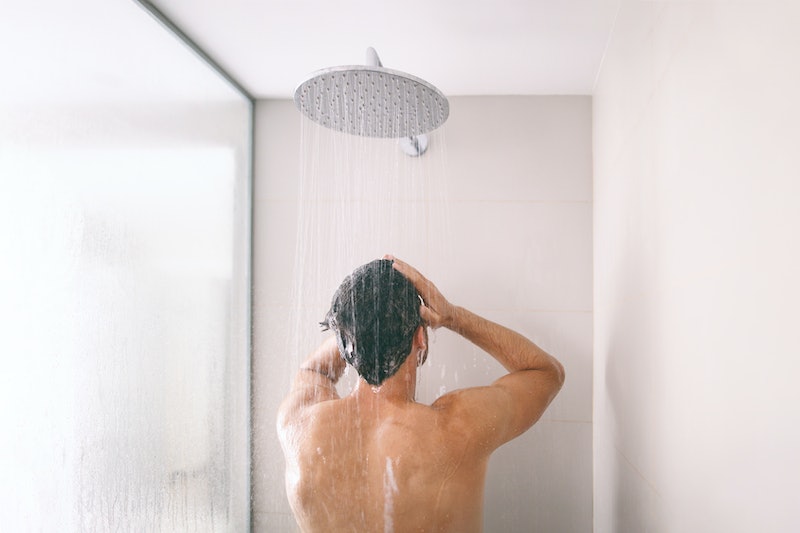 World AIDS Day is coming up fast, and while there's no shortage of awareness, there's still a huge amount of stigma associated with the disease. This year, some are trying to change that, but not in a way you'd expect — guys are posting shower selfies with the #WeAreAllClean hashtag to social media to fight HIV/AIDS stigma. Gotta say, this one's much sexier than the Ice Bucket Challenge.

You're probably wondering... why shower pictures? It's about how we otherize those suffering from HIV/AIDS. When we ask sexual partners if they're "clean," by extension it categorizes people with the disease as "dirty." With all the discrimination against those with HIV/AIDS — it affects everything from the workplace to relationships to access to healthcare — the last thing we need to do is worsen the situation by erroneously portraying people with these diagnoses as "unclean." So what better way to combat the idea than with shower selfies?Jack Mackenroth, the mastermind behind the campaign, has challenged men to tag the pictures with #weareALLclean in the days leading up to World AIDS Day. Like the Ice Bucket Challenge, you're supposed to tag three other people to do the same, and everyone is encouraged to donate to New York nonprofit Housing Works, which works with the homeless suffering from HIV/AIDS. (Even if you don't feel like taking a shower selfie, consider donating. Homelessness and AIDS go together all too often.) On December 1st, change your profile picture on social media to the shower selfie and spread awareness of the stigma people with HIV/AIDS face.

So far, the campaign has been gaining participants pretty quickly.

And with World AIDS Day only a few days away, it looks like it'll only get more popular. Here's hoping it has as big an effect as the Ice Bucket Challenge.