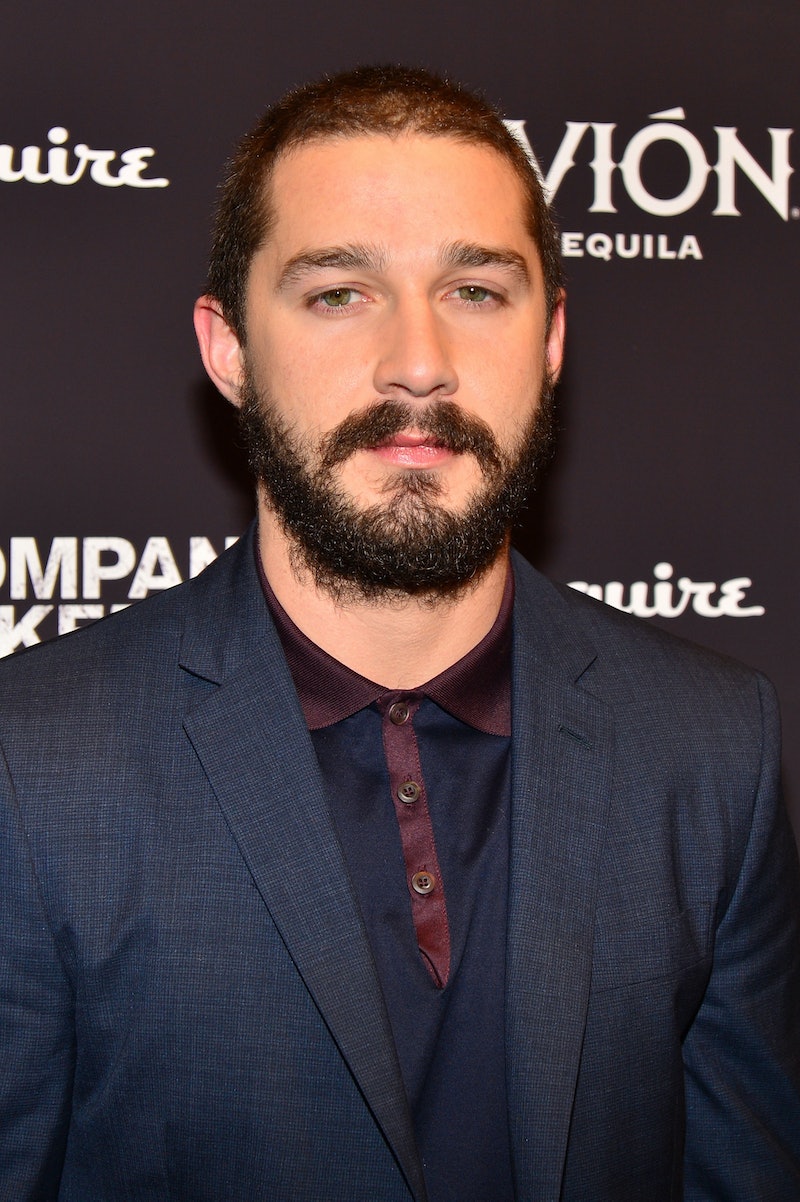 Last February, Shia LaBeouf made headlines with his performance art piece #IAMSORRY. It consisted of sitting in a room with a paper bag over his head and letting visitors come in and do whatever they wanted. Now the actor is speaking out to say that one woman took things way too far in their interaction. In fact, Shia LaBeouf says he was raped during the #IAMSORRY project. Unfortunately, I wouldn't be at all surprised if that allegation were true.

From mean comments on the Internet to inappropriate behavior at premieres (the red carpet prankster, for instance), sometimes people take things too far with celebrities. It's like because they're this big star on a screen and removed from the real world, sometimes fans forget that they're still people too. So for LaBeouf to be so open with his project and allow people to do anything to him, I'm sad to say it's not unexpected that someone decided to take advantage of that.

While most visitors only lightly interacted with the actor (one reporter simply removed the bag from LaBeouf's head), one woman took things to another level. LaBeouf described the alleged rape to Dazed magazine.

One woman who came with her boyfriend, who was outside the door when this happened, whipped my legs for ten minutes and then stripped my clothing and proceeded to rape me. There were hundreds of people in line when she walked out with disheveled hair and smudged lipstick. It was no good, not just for me but her man as well.

To make matters worse, LaBeouf says his girlfriend Mia Goth was right outside when this happened because she was visiting him for Valentine's Day. "So it really hurt her as well, as I guess the news of it traveled through the line," the actor said to Dazed. "When she came in she asked for an explanation, and I couldn’t speak, so we both sat with this unexplained trauma silently. It was painful.”

If it's true that LaBeouf was raped, it's unfortunate that when given the opportunity to commune with the actor, one person decided that meant she had control over his body. Performance artists always undergo a degree of risk with their projects because the participants are a variable in the outcome. But for someone to do what LaBeouf claims is horrific for anyone to have to endure, and it was totally out of line for the visitor to take things that far.

I know that with LaBeouf's claims comes doubt since he's had some bizarre, erratic behavior over the past year. But he has been undergoing court-ordered treatment and is allegedly doing much better. His claims deserve just as much recognition as anyone else's, and being raped is a burden no one deserves to bear.