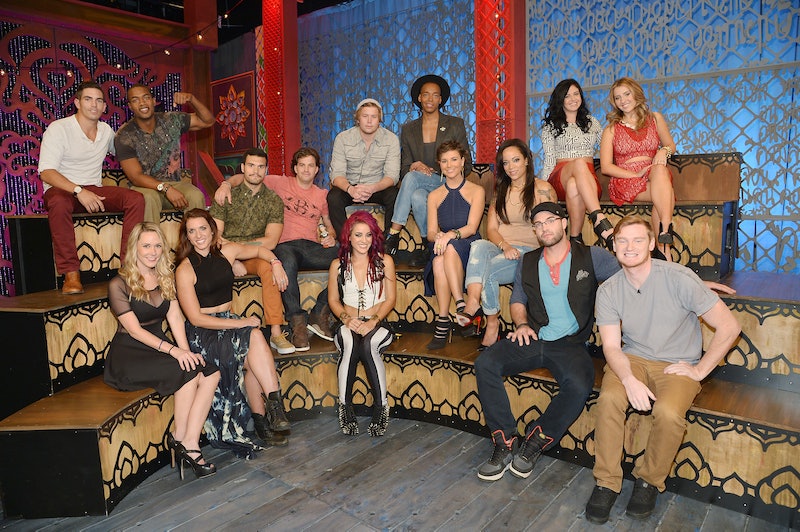 MTV has a tough decision to make. Following the deaths of Diem Brown and Ryan Knight, will the network air The Challenge: Battle of the Exes 2 ? Season 26 of the series reportedly finished filming in August, and both Diem and Knight were allegedly cast members on the show. Diem was paired with ex CT, and Knight was paired with ex Jemmye. Battle of the Exes 2 was filmed in Panama and is likely scheduled to air in early 2015, but now that two cast members have tragically passed away, should MTV still show BOTE 2?

There's little confirmed info about the new season, but it would be surprising if MTV decided to pull the plug entirely. The show, which features 26 cast members this go round, including four newbies from Are You the One, will be difficult to watch knowing that Diem and Knight are no longer with us. The inevitable fight between Knight and Jemmye over ketchup will have added weight to it, as will the inevitable scenes of Knight's hard partying. (Knight was reportedly found dead on Nov. 27 after having "choked on his own vomit," TMZ reports.) And the inevitable interviews that show Diem talking about how she'll kick cancer's ass will also be very hard to witness, knowing as we now do that she loses that battle on Nov. 14.

Knight and Diem loved The Challenge and often had exchanges on social media with fans and fellow cast members that evidenced just how much they enjoyed being a part of the cast. They're a big part of The Challenge community and while we may never know for sure, it's not hard to guess that they'd want the show to air. Both Diem and Knight were the life of the party and seeing them participate on a show they loved is a great way to remember them.

Bustle reached out to MTV for comment about their plans for Season 26 of The Challenge but has yet to receive a response.

Here's the reported cast for BOTE 2: