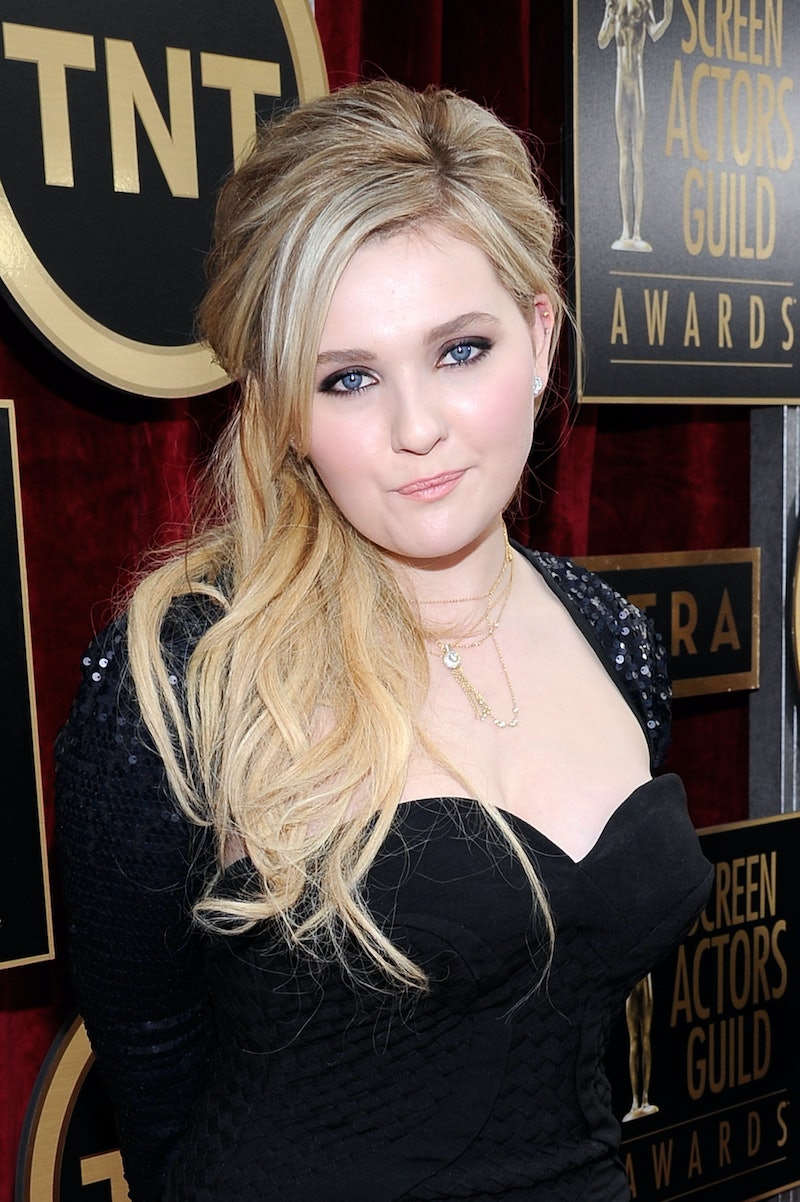 Little Miss Sunshine has left the building, to be replaced by Little Miss "Don't Mess With Me Or I'll Write A Scathing And Very Unsubtle Song About It." A few days ago Abigail Breslin released the music video for "You Suck," a song that she wrote about 5 Seconds Of Summer guitarist and vocalist, Michael Clifford. Apparently they dated sometime in 2013 (around the time of the semi-nude photos Breslin released), which is such news to me that I feel like I just stumbled into a parallel reality where a new generation of teeny-boppers has slowly started taking over celebrity-dom without my awareness. In any case, the relationship must have ended badly, prompting this shockingly blunt song about Clifford.

Look, I have a rule of thumb with songs: if you role-reverse and the man couldn't get away with singing the same thing, then there is a problem. And the problem here is that, in this video, they literally tie the "boyfriend" to a chair and paint lipstick on his face and chop off his hair and mock him. If men did that to a woman, it would be all kinds of disturbing. So why don't we blink at her doing it to a guy? And no, I'm not here for a debate about whether or not it's okay for women to treat men in ways that we say it's not okay for men to treat us—"reverse sexism" doesn't exist, and never will, but mostly right now, I'm just talking about how you do and don't treat another human.

Also, every insult in the song goes WAY below the belt. She spends almost every verse of the song insulting something about his looks—almost half of the verses are about his hair—even insulting a scar on his eyebrow (what??) and saying, "All your bandmates are hotter than you." I think the worst of it is when she says, "You sound like a girl when you call me drunk." Is this actually coming from a girl? At some point, she references him cheating and lying, but by then, she has taken so many cheap shots at his looks that it doesn't have a chance to sink in.

Despite my eyebrow raise at the lyrics, I have no real stake in what has now become a full-on war on Twitter, where 5 Seconds Of Summer fans immediately hit the internet hard and had #AbigailYouTried trending within hours of the release.

A conversation back and forth between YouTube star Emma Blackery and Breslin's manager reveals just how intense the backlash has gotten:

Clifford, for his part, was recently interviewed with his 5 Seconds Of Summer bandmates on radio show "Down Under," where he revealed that he hasn't spoken to Breslin in over a year. He and the boys of the band seem to be taking it in stride, though, even showing their support for the song:

Hopefully their classy response to the song will help put out some of the raging Twitter fire. As mean as the song is, it is easy to forget that these are teenagers. I'm sure we all wrote mean things about boys when we were 18. It's just that most of us don't have a platform to publicly broadcast said mean things, or an ex-boyfriend famous enough that people will care. In the meantime, here is hoping that Twitter moves on, teenagers grow up, and Breslin has a much healthier relationship with whoever she dates next.