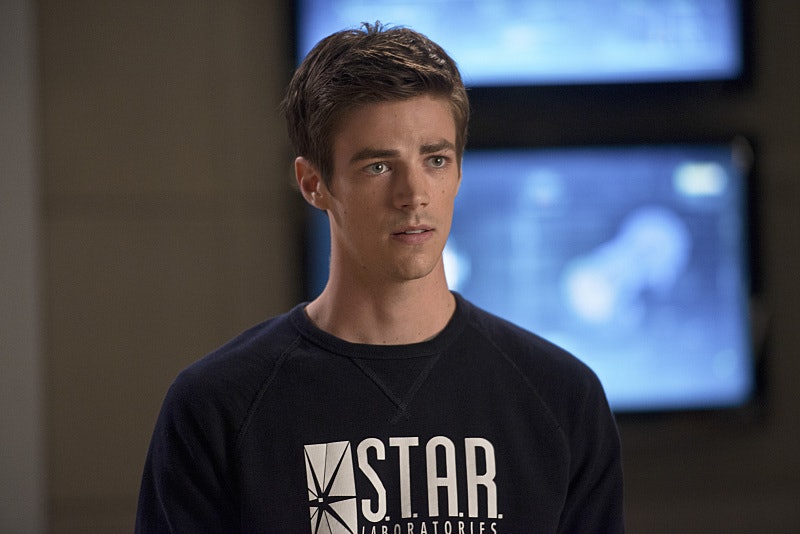 It's hard to talk about The Flash without talking about time travel. Even before Barry Allen becomes The Flash, time travel is a big part of his life. Basically, his whole history is mixed up with time travel one way or another, from his mother's death when he was very young right up to the treadmill at S.T.A.R. Labs. The machine in Harrison Wells' lab used to measure Barry's speed could be viewed as simply a *wink wink nudge nudge* Easter egg for diehard Flash fans, but its continued presence in the show suggests that it might soon become something more. It's very possible, almost near 90 percent possible, that the treadmill in S.T.A.R. Labs will become the Cosmic Treadmill. We should be as excited for this introduction as Cisco is for everything in life.

But come on, a treadmill that can help you travel through time, really? You better believe it. In the DC comics, the Cosmic Treadmill was invented for Barry to travel through time, mostly due to/because of Professor Zoom, since Zoom's from the future — in the comics, at least. Iris is also from the future in the comics. The last time Barry uses the treadmill in the Flash comics was to travel to the future — the 30th century, to be exact — so he could be reunited with Iris. The show is slowly setting up the idea of time travel, especially with the presence of Harrison Wells and his mysterious future newspaper. So just how long with the show make us wait to see time travel in action?

Not surprising at all, that's a question executive producer and showrunner Greg Berlanti has been getting quite a lot. He's a huge comic fan, just like the rest of us, and he's more than ready to give us exactly what we want. It just has to be the right time. In an interview with TVLine, Berlanti said, "[Time travel] is the one that we deal with directly in the winter. We, obviously, hint at it from the pilot episode. That is a big — “theme” is the wrong word for it — but that is a big part of the DNA of who The Flash was, so we do deal with that."

But, how much will they deal with it? That's the question still on my mind. There's a lot that's been slowly building on The Flash so far — Barry hiding his identity from Iris, Iris looking into The Flash, that mysterious yellow blur telling Joe to back off, to name three of the 100 things the show is setting up — and introducing the idea of time travel might take away from bigger storylines on the show. There's no need to rush this time travel stuff, Flash. It'll honestly be a shame if they do rush it, since it could be such a rich and awesome little — or big — arc on the show.

Berlanti's words suggest that the idea is dealt with, but not completely explored. At least, not yet. So all those moments in S.T.A.R. Labs when Cisco starts freaking out over his newest invention, they're building to something. And when it comes to The Flash, it's safe to assume whatever comes of it all will be awesome.