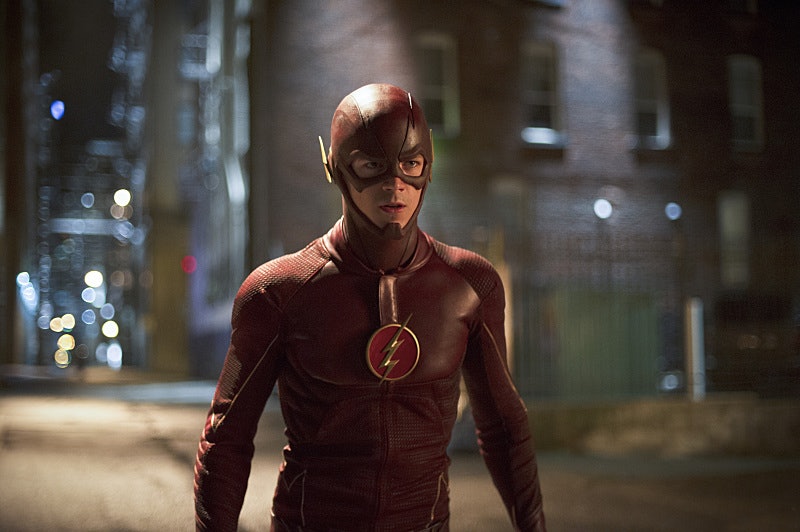 Barry Allen might be the red streak, now the full fledged Flash, running through Central City, but sooner or later he's going to run into his foe from the comics, Reverse-Flash. The Flash has hinted at the villain's introduction since the pilot episode, with the mysterious death of Barry's mother, Nora. Joe West got a surprise visit from that same yellow blur of light and speed, which told him to drop the investigation into Nora's death for the safety of Iris. And if that's still not enough hints, the executive producers have come right out and told us that Reverse-Flash will appear on The Flash, revealing to Entertainment Weekly that he'll be seen in the midseason finale on Dec. 9. While this is all good information, it still doesn't answer exactly who is the Reverse-Flash? To add more levels to this mystery, there are a few prime suspects for the role.

The Flash has strayed a little bit from the comics, and in other regards they have hit the nail right on the comic head. For the show, they could follow along the same path that the comics have already laid out, or go an entirely different route. While Reverse-Flash is someone pulled right from the comics, they don't necessarily have to keep him the same character (like, what they've done with lots of heroes and villains over in Starling City). We know Reverse-Flash is coming. So who could be this bad guy?

The more we learn about Wells, the less we actually seem to know about him. He's in charge of S.T.A.R. Labs and he's brilliant. He appears to need a wheelchair, but he can actually walk. He's got a secret newspaper from the future tucked away in a secret lair that only he can access. The pieces are stacking up for Wells to turn out to be someone, but we just don't know who quite yet. He seems to have a much bigger plan for Barry, and maybe that trajectory was set in motion so many years ago, when he murdered Nora Allen. But has he really been planning this all along? He's up to something. He might be Barry's ally now, but that could quickly change on a dime. Wells has got a streak of darkness in him that eventually will come out.

The last name "Thawne" is a huge giveaway, and Eddie might as well wear a sign around his neck, declaring that he's going to be a big bad for Barry one day. In the comics, Reverse-Flash is called Eobard Thawne, and also goes by Professor Zoom. Here on TV we've got Eddie Thawne, which means he could be a long distant relative of The Flash's nemesis, or he's the guy himself. While Barry has been good guy this whole time, he's not a huge fan of The Flash — especially Iris's fascination with him. As executive producer Andrew Kreisberg told Entertainment Weekly, all these events "only increase Eddie’s desire to see The Flash unmasked and brought down." He could easily turn bad.

SOMEONE WE HAVEN'T MET YET

It's completely possible we haven't met the man behind Reverse-Flash yet. Maybe Eobard Thawne could make a surprise appearance. Maybe Barry's long lost twin brother, Malcolm Thawne, could, too. So far, we've only got two real solid options between Wells and Thawne, and The Flash is only going to get bigger and bigger as the season progresses. No need to limit themselves to just these two already established characters. Bring us more comic bad guys.

Okay, that's not going to happen at all. But executive producer Marc Guggenheim did tease that one of Oliver's "big secrets" will be revealed on The Flash in the epic crossover, and what's bigger than the reveal of Reverse-Flash?