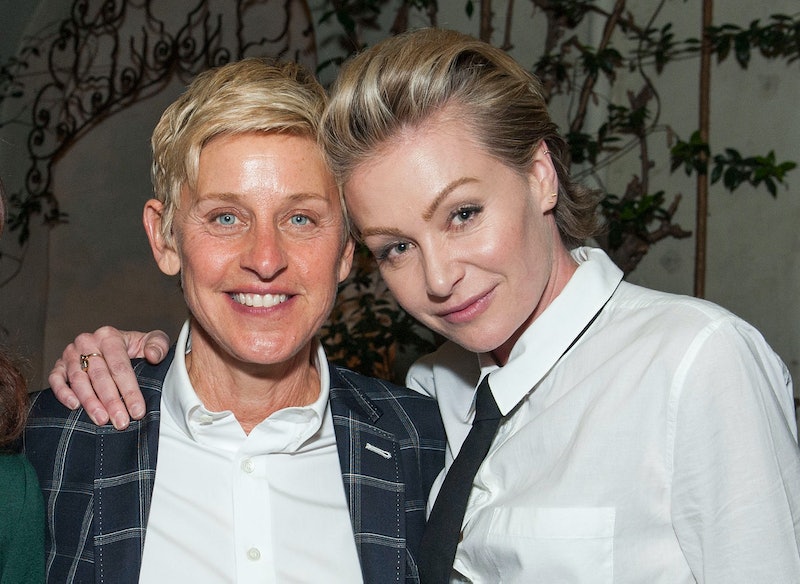 On Monday, Ellen DeGeneres and Portia de Rossi celebrate 10 years together — six of those being married — and they recently shared an adorable couple selfie on the beach that just further proves they’re the best celebrity couple out there. I know what you’re all thinking. That’s a huge statement for me to make, especially with power couples like Brad Pitt and Angelina Jolie, Beyonce and Jay Z, Nicole Kidman and Keith Urban, and Michelle and Barack Obama. But hear me out. Not only are both of these lovely ladies powerful, working women (DeGeneres with her talk show and de Rossi with her acting), but they also display an unconditional love for each other for the entire world to see.

They’re both so kind to one another, as well as their fans, and they’ve never had any ridiculous rumors surround their relationship. Even Beyonce and Jay-Z have been the subject of divorce talk in the past, while many accused Pitt of having an emotional affair with Jolie while he was still married to Jennifer Aniston. Fortunately, there’s nothing scandalous about DeGeneres and de Rossi’s marriage at all, and there are so many reasons why they’re pretty much the mac and cheese of Hollywood couples.

They’re Silly With Each Other

Both Women Support One Other in the Workplace

They Address Important Issues As a Couple, Not Individually

DeGeneres and de Rossi Both Have Kickass Jobs

They've Made Each Other Stronger by Being Together