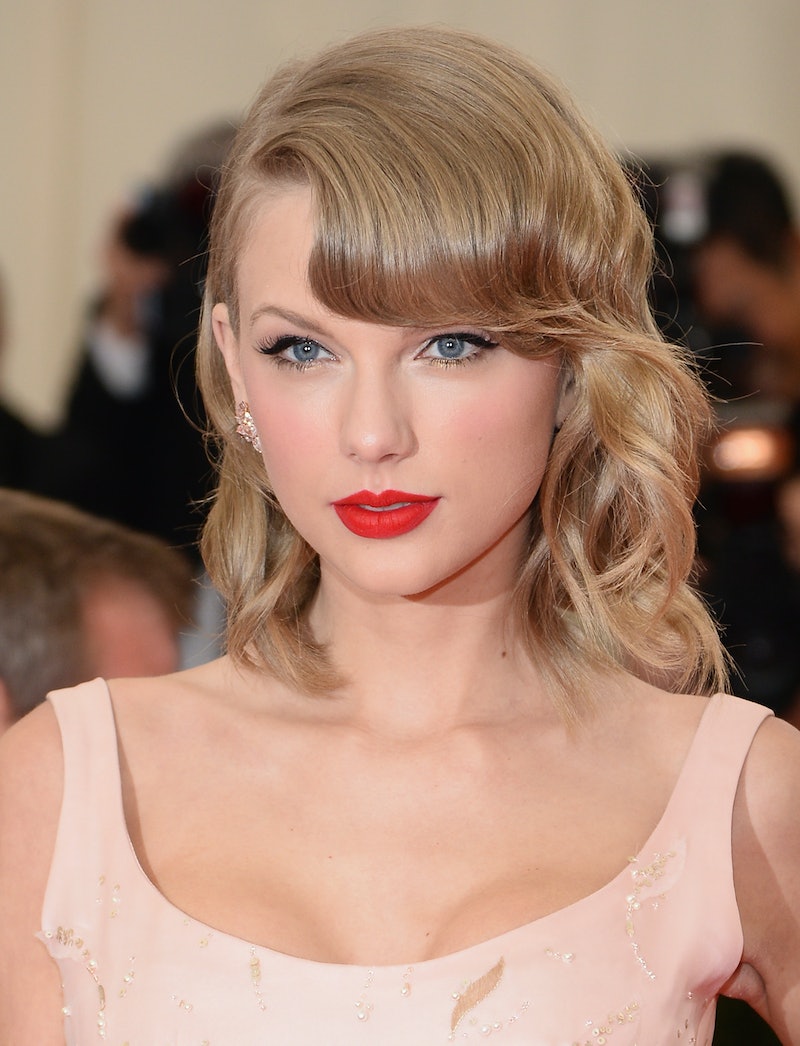 Once again, Taylor Swift’s love life has become breaking news after she was caught hanging out with a boy this month. Surprise. Her Blank Space self is probably rolling her eyes at all the gossip right now. Rumors started spreading after Swift and celebrity BFFs Selena Gomez and Ellie Goulding went out together to see The 1975 recently where they later met lead singer Matt Healy. Now, all thanks to a few completely innocent pictures and an interview with the British musician, people have been speculating that the two are dating after Matt Healy admitted to exchanging numbers with Taylor Swift on the radio with Shazam Top 20.

“I met Taylor Swift, that was really nice,” Healy said of the meeting. “We exchanged numbers. Let’s see what happens. I mean bloody hell, what am I going to do? Go out with Taylor Swift? She’s a sensation, I wouldn’t say no.”

So now, just from this interview, those images of them together, and after Swift favorited a tweet involving Healy, everyone thinks they’re going to start some sort of relationship. Come on everyone. Haven’t we learned at this point that the 24-year-old despises when people think she’s going to date every man she meets? I highly doubt that the two are getting romantic just because they exchanged numbers. Judging by the collection of famous friends Swift has, she probably exchanges numbers with men and women from all industries on a daily basis. And even if she was thinking about dating again (which I doubt), here are a few reasons why Swift and Healy wouldn’t work:

Though her best friend Ed Sheeran is also from England, she should probably avoid dating Brits like Harry Styles anytime soon.

The Singer Lives Across the Pond

There’s nothing wrong with long distance relationships, but we all know how difficult it is to be in one, especially when it’s with someone you have to take a seven hour flight to get to.

He Said He’d Date Her Because She’s a “Sensation”

No, not because she’s intelligent or kind or funny. Maybe he thinks all of those things about her too, but the fact that he mentioned her power and fame over everything else was a bit odd.

Sure, celebs from the same industry date and get married all the time. But with all the concerts they’ll have to go to, they’ll rarely have time to see each other. The 1975 will be in Australia, New Zealand, the Philippines and Thailand throughout the entire month of January, and on top of that, Swift begins her 1989 World tour in May.