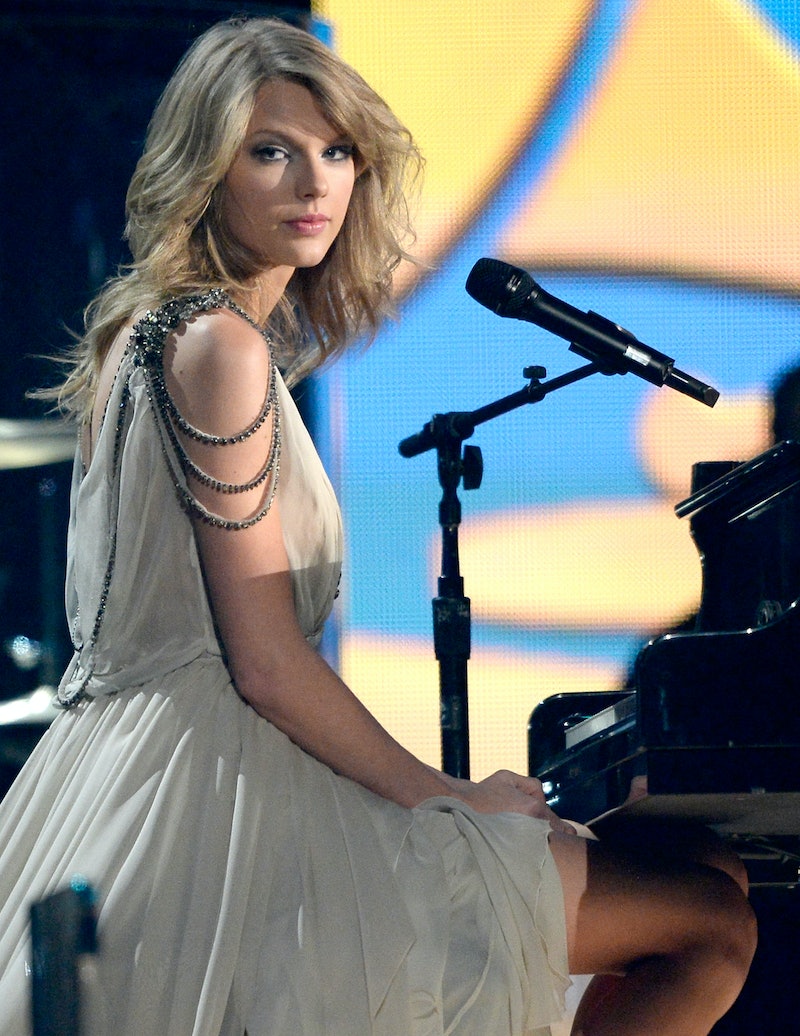 In the interest of full disclosure, when Taylor Swift first hit the scene eight years ago, I was not into country music. In my mind, I just wasn't interested in listening to songs where men crooned on about cheating lovers, beer, and dead dogs. But then teenage Swift stepped into the country genre and blew it wide open — and got me interested in music I never thought I'd want to listen to. I'd like to think she had a lot to do with how popular country music has become in recent years, and the renaissance of female artists slipping on their cowboy boots and heading to Nashville. But now that Swift's latest album, 1989, has been released, there isn't a single country song to be found in her recent repertoire. Plus, Swift is missing from Tuesday night's big CMT Artists of the Year honors. So what's the deal? Is Taylor Swift still considered country?

The answer is pretty resolutely "no." When Swift first announced her new album earlier this fall, she explained that it signified her official transition from country to pop. Of course, it wasn't exactly a shocker — her previous album, Red, was mostly pop music, with a few songs that could kinda, sorta be considered country, if you tilt your head and squint. But Swift still made sure to express her shift in just about every interview she did while promoting 1989, like when she chatted with Ryan Seacrest during the album's release week:

The best choices are bold choices. With my last album Red, I kind of had one foot in pop and one foot in country, and that’s really no way to walk and get anywhere. If you want to continue to evolve, I think eventually you have to pick a lane, and I just picked the one that felt more natural to me at this point in my life. I saw a lot of changes happening and [my] music was evolving over the two-year period. So a lot of the newer stuff ended up making the album because it was completely different from Red. I knew that nothing that made the album 1989 should’ve fit on Red. I’d say to myself, ‘Ok, this a great song that I’ve written, I’m proud of it, but would it have cohesively fit on Red?’ And if the answer is yes, then it didn’t make the album.

And don't worry — those who have stuck around in the country genre have plenty to say, and fortunately, most of it is positive. At the 2014 Country Music Awards, hosts Brad Paisley and Carrie Underwood's monologue included a bit about Postpartum Taylor Swift Disorder, jokingly acknowledging her absence.

I'm still not a huge fan of country, but I've given it a chance. Because of Swift, I've discovered artists I really love, like Kacey Musgraves, who I may never have listened to otherwise. Say what you want to say about Swift being a traitor to the side of the music industry that made her famous, but even though she's gone full Top 40, she's made country music accessible to a generation who might have totally ignored it. And in my opinion, everybody wins.