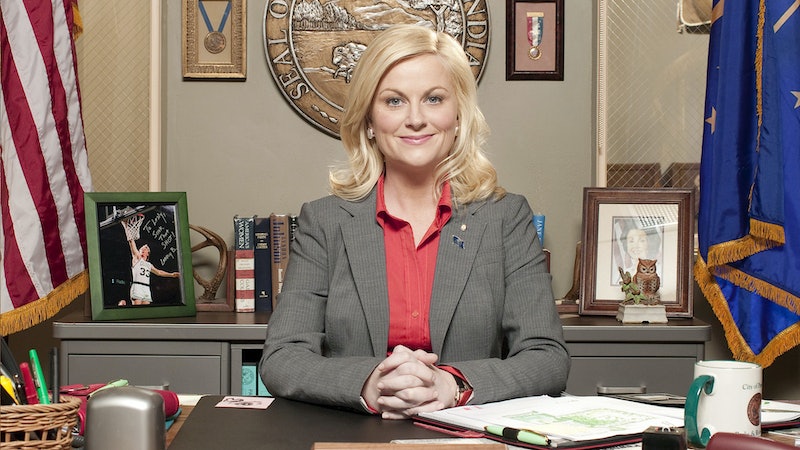 I don't know who invented 8-hour work days, but I'm going to guess that that person was a masochist who also wanted the world to burn. When you think about it, eight hours is a sizable chunk of your life, and when it is only interrupted by lunch, it can seem to go on forever. It's totally easy to get distracted when you're trying to focus at work, even if you're working on something that you really love or feel passionate about. Somebody across the hall mentions pancakes, and suddenly you're daydreaming about brunch. Or somehow a nefarious e-mail about a sale sneaks out of your "Promotions" folder into the "Primary" folder on Gmail, and you need need need to buy the thing now before some other invisible internet person snatches it. Distraction, in other words, is everywhere—but it doesn't need to be at your actual desk.

I get it. We've all been there. There are plenty of ways you can improve your focus, like listening to chill music, or letting yourself get up and walk around every so often, or making sure that you're wearing clothes that don't cinch in uncomfortable ways during all the long sitting hours. But there are plenty of sneaky things that have the power to kill your concentration right in your immediate field of vision: The things that we keep on our desks are the first things that our eyes dart to when we're feeling restless, and if they have the opportunity to distract you, they will strike. Your only real chance at preventing yourself from getting sidetracked is to remove these from your desk immediately:

There are exceptions to every rule depending on the work situation, but if you are in a position where you do not need your mobile phone and can be reached through the office in case of an emergency, put it away. You may not think you will be tempted every time the screen lights up with a text, but you're only human. If you see your best friend's name pop up on your screen, you're going to slide your pointer finger on it, maybe without even thinking, and once you have plunged into the murky depths of social media apps you are all kinds of doomed.

Any Kind Of Snack Or Food

Out of sight, out of mind. I'm not just saying this for your health—the act of eating food actually takes up way more of your time than you would think. Even if you're just casually eating popcorn at your desk (why did I type this? Literally all I want now is popcorn.), every time you reach your hand up to grab another kernel you have to stop typing or actively interrupt whatever you are doing. It might not seem like you're losing your focus, but all of those moments add up, and work gets done a whole lot slower in the long run.

My suggestion? If you can, carve out time to eat, and eat away from your desk. You will enjoy your food a whole lot more if you can focus on it, and you'll end up saving yourself more time, even if it doesn't feel like it.

Projects Unrelated To The Project You Are Currently Working On

Studies show that you are way more productive at work if you devote your entire attention to a single task, rather than switching back and forth between them. But even if you are fully aware of those studies and have every intention of only focusing on your one task, the mere existence of another unfinished project on your desk is enough to make your mind wander, or prompt you to start sending e-mails about it, until all of a sudden you're working at half-speed at several different things instead of staying task-oriented on one. Put anything you aren't presently working on in a folder or a drawer and you'll spare yourself the stress of seeing it in the first place.

Anything That Can Tell The Time

I know this sounds totally scary. The idea of not being able to check a clock 24/7 kind of makes me feel like Sandra Bullock's character in Gravity, untethered and panicking as I float in the vast unknown darkness of space. But do you really need to look at a clock all day? If you aren't looking at it all the time, you'll measure your productivity by how much actually gets done, and not by how much time has passed. If you are really concerned about missing a meeting or a deadline or (god forbid) lunch, you can set an alarm, or a reminder through your work e-mail. It's 2014! Go nuts.

This physically pains me to write, but they can be SUCH a distraction. Not only because you are playing with them, but because they give people an excuse to come up to your desk and play with them, thereby distracting you. One time I bought a baguette on the way to work and plopped it on my desk, and people were so bored that simply the existence of that large piece of bread on my desk instigated half a zillion conversations from curious passerby on a day that I was really crunching to get stuff done (hence buying a giant piece of bread for lunch in the first place). Things that are actually meant to be tinkered with are way worse than that baguette. If you have a Rubix cube, for instance, your co-workers will probably still be there fiddling with it long after you've gone home.

I'm not saying this is necessarily always a bad thing, because it's good to get to know your co-workers, and to feel like the space on your desk is personal and makes you happy. But on days when you really, really need to focus, you should put it away.

JUST DON'T DO IT. Post-it notes are the literal worst concentration killer, because they will always be there, bright and aggressive in your periphery, and usually completely unrelated to whatever you need to focus on. Plus, they fall off of things easily and get lost and you'll spend more time making up for things you forgot to do than it would have taken to just do them in the first place. If you're trying to organize yourself and make sure you don't forget any tasks, I beg of you to write lists in a notebook that doesn't require precariously sticking to the surface of something. Believe me, I learned all of this the hard way.

Anything You Can Trash Or Recycle

Extra copies of things, projects you aren't working on anymore, the remnants of yesterday's lunch excursion -- it's all just clutter. You might not be actively thinking about it, but it is getting in the way, even if it's just distracting you for that split second when you pick it up and wonder to yourself, What is this thing? Oh, yeah, whatever, and then put it back down. Don't even give it a chance to throw you off course by tossing it, recycling it, or filing it when you know you don't need it anymore.