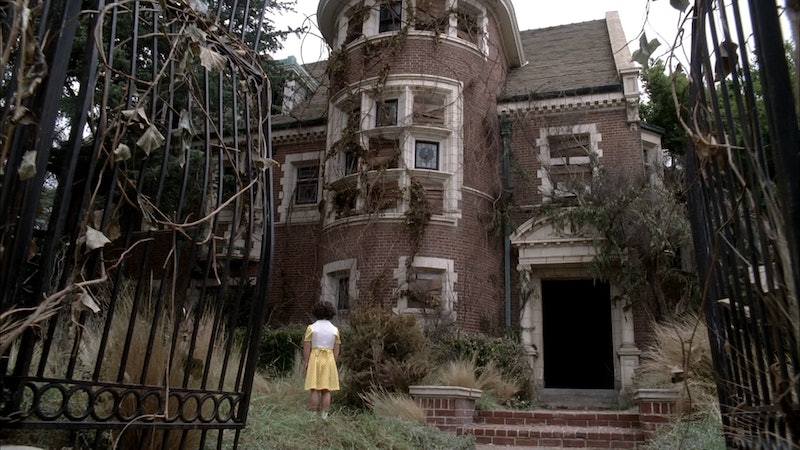 Ever since creator Ryan Murphy announced that every season of American Horror Story is connected, fans have been exploring all of the ways in which the seemingly multiple universes of the horror anthology could really be one and the same. It's easy to see why — after spending three years assuming that each season took place in an open-and-closed universe, the possibilities for connections are between Murder House, Asylum, Coven, and, now, Freak Show, are endless. And while we know that there's a connection between Freak Show and Asylum from the appearance of Pepper and the upcoming appearance of Sister Mary Eunice, we have yet to hear of a concrete connection between any of the other seasons. One big question on fans minds is exactly how are the first two seasons of American Horror Story, Murder House and Asylum, are connected. After all, they're the ones that made us eager for more of Ryan Murphy's madness in the first place. They they just have to be connected, right?

While we don't have any answers yet as to how Murder House and Asylum could share a universe, there are plenty of little clues that might indicate some connection between the stories. Here's what they are — but it's up to Murphy and Co. to tell us if they have any real meaning.

On Murder House, Evan Peters' character Tate falls in love with Violet, a suicidal teenager who dies by overdose in the haunted house. The couple is then destined to be together forever, despite the problems in their relationship. (You know, like the fact that Tate raped and impregnated Violet's mother.) On Asylum, Peters' character Kit also loses loves — his wife Alma and, later, his girlfriend Grace. This could be evidence of the AHS doppelg ä nger theory, which states that the characters played by the same actors share a soul and, often, the same tragedies and triumphs. Peters' character could be fated to lose the people he loves by death across his multiple lives — which means that things don't look too good for Peters' current girlfriend on Freak Show, Maggie.

The (Not So) Good Doctor

Asylum's Dr. Arden was a former Nazi without any sense of ethics. He cut off a patient's legs out of anger, created a hoard of zombies that hung out in the woods, and conducted experiments that would make Dr. Frankenstein squeamish. In fact, Dr. Arden is pretty similar to another American Horror Story doc, and that's Dr. Montgomery from Murder House. We know that Asylum took place in the '50s and that Dr. Montgomery was murdered by his wife sometime in the '20s, which could mean that Dr. Arden and Dr. Montgomery were roughly the same age when the latter died. What if Arden and Montgomery worked together in secret on human experimentation before Arden became a Nazi and before Montgomery was murdered?

The Harmon family on Murder House move from Boston to Los Angeles to start over. At the time, Ben was a psychiatrist teaching at a college nearby. Briarcliffe is also in Massachusetts, not too far from where the Harmons lived. What if Briarcliffe was repurposed as a college building, and ended up becoming the very place that Ben taught before moving to Los Angeles?

It's all possible — now give us some real answers, Murphy.