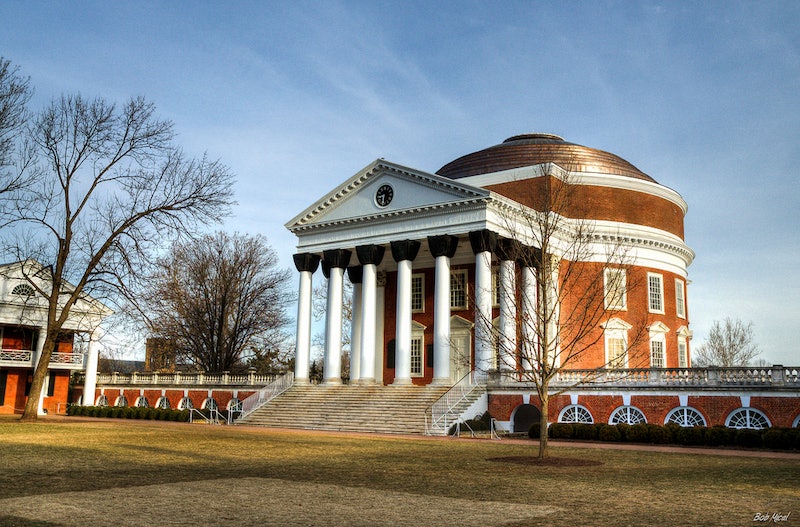 During Slate’s November 26 Double X podcast, it came out that journalist Sabrina Rubin Erdely had not been able to get in contact with the nine fraternity brothers accused of raping the UVA student identified as “Jackie” in Erdely’s recent Rolling Stone article, "A Rape on Campus." In light of this info, some media members are going so far as to (erroneously) call the article "a hoax." I call bullshit.

Is the fact that Erdely didn't speak to the accused somewhat problematic? Yes — but what I can’t quite understand is why it’s being treated as if she didn’t try to speak to them at all, or as if she ignored them completely. If you actually listen to the podcast, as well as read subsequent comments made both by Erdely and her Rolling Stone editor, it’s pretty clear that this is not the case. Furthermore, even though it is unfortunate that there are no comments from the brothers themselves in the article, that doesn’t render the issue of campus rape and rape culture moot. It’s still a problem and it still needs solving.

During her Double X discussion with Slate’s Hannah Rosin, June Thomas, and Katy Waldman, Erdely was asked whether she had any contact with the accused — did they call her, did she call them, and so on. Here’s what she said:

"I reached out to them in multiple ways. They were kind of hard to get in touch with because [the fraternity’s] contact page was pretty outdated. But I wound up speaking…. I wound up getting in touch with their local president, who sent me an e-mail, and then I talked with their sort of, their national guy, who’s kind of their national crisis manager. They were both helpful in their own way, I guess; they both claim to have been really shocked by the allegations when they were told by the university, and they both said it was a really tragic thing. [They said] ‘If only we had more information, we could look into it,’ and… that’s the end of that."

She tried a number of different avenues and ultimately wasn’t able to get in touch with the accused — and I'd guess that is because they didn't want to speak to her. It sucks, but again, it’s not like she didn’t try. Sean Woods, who edited the Rolling Stone story, confirmed to the Washington Post that they didn’t talk to them because “we could not reach them.” He also noted, though, that they “verified their existence. Said Woods, “I’m satisfied that these guys exist and are real. We knew who they were.”

I worry that spinning the whole thing as if Erdely made no attempt to contact the fraternity brothers will end up being actively harmful to the case being made — giving those who would pretend that campus rape isn’t a problem some ammo, something to point to as “proof” that nothing needs to change. Recent articles from Richard Bradley, editor in chief of Worth, and Robby Soave of Reason questioning whether Jackie’s story is true have already started the fire; this latest development might fan the flames. Both Bradley and Soave are relatively careful to frame their disbelief as a “We’re not saying it’s not true, just that it’s possible that it’s not true” sort of thing…. But I can’t help but think that Anna Merlan at Jezebel’s neat (if spiky) summation is pretty spot on: “In summary, what we have here are two dudes who have some vague suspicions and, on that basis, are implying that Ederley either fabricated her story or failed to do her due diligence and didn't fact check what Jackie told her.”

Bradley does have experience with fabricated articles — he once worked with (and was taken in by, as so many were) Stephen Glass — so the inclination to tread carefully around stories making as big a set of waves as this one makes a certain amount of sense coming from him. In a post on his personal website, he doesn’t deny that the story could have happened, but he also expounds at length on what parts of the stories he finds unbelievable without really offering any evidence to the contrary. For example, he’s uncomfortable with the fact that most of the students in the story aren’t referred to by their real names; he doesn’t believe Jackie could have been injured the way she was; he thinks it would be too difficult to keep the secret of gang rape as a fraternity initiation stunt; he thinks her friends’ response when she called them was too “cartoonishly evil” to be real; and he called Jackie’s suspicion that the statistic normally placing one in five women as rape victims might be closer to one in three at UVA “silly.”

Changing the names of people who wish to remain anonymous is an incredibly common practice; as is protecting the identities of sources who might be at any sort of risk. As such, I’m not entirely sure why the fact that Erdely protected her sources by changing their names is such a problem. And the rest of the issues cited? They’re entirely supposition, so I find Bradley’s reasoning as difficult to believe as he seems to find the Rolling Stone story. Also, rape statistics aren’t “silly,” and for the record, Jackie didn’t cite her one-in-three thought as fact — what she actually said was, “I feel like it’s one in three at UVA.”

I’m a little more willing to play ball with the way Soave put it (although I think using the words "gigantic hoax" in the headline is sensationalist); his issue is with whether the story had been properly corroborated before it went to publication:

“I have no reason to disbelieve Erdely, and I understand why she would choose not to disclose anyone’s identity. But she should be able to confirm that she knows who the attackers are, shouldn’t she? Again, we don’t have to know who they are, but we should know that she knows — or else the story is just one long uncorroborated accusation.”

I’m pretty sure, though, that Sean Woods’ statement, “We knew who they were,” answers that one. They do know. Additionally, I think it’s worth noting that although Erdley has refrained from answering the question doesn’t automatically mean she doesn’t know who they are. Speaking to the Washington Post, she cited her reason for neither confirming nor denying whether she knows the identities of the accused as, “I can’t answer that. This was a topic that made Jackie extremely uncomfortable.” She also clarified that she did not identify the attackers “by Jackie’s request” — because Jackie is terrified by them: “She asked me not to name the individuals because she’s so fearful of them. That was something we agreed on. She was nervous about naming the frat, too. I told her, ‘If we’re trying to shine a light on this, we have to name the fraternity.” Erdely isn’t answering because she’s keeping Jackie’s safety a priority — which is exactly as it should be.

Ultimately, I think the only people who really need to know the names of those involved in Jackie’s story are Rolling Stone, UVA itself, and any law enforcement individuals or lawyers dealing with the case, at least until charges are publicly filed: Rolling Stone to corroborate it, and UVA and law enforcement to make sure justice is served. The media and the general public don’t need to know them now; all that does is destroy their privacy before due process, which is the last thing most of them need — especially Jackie. Our society is not kind to victims of rape and sexual assault — and not just when it treats them with scorn and derision. If you were at the very beginning of your adult life — Jackie is still in school, remember — would you want to enter it with a label like “rape victim,” or “UVA rape accuser,” or anything similar pinned to your chest, along with the myriad ways other people will likely treat you because of it? I wouldn’t, and I’m sure Jackie doesn’t, either.

Could Erdely have made clear in the original article that she did try get in touch with the accused, but was unable to? Yeah. But failing to have done so doesn’t suddenly negate the piece. Wrote Erdely in an email to the Washington Post:

“The gang-rape scene that leads the story is the alarming account that Jackie — a person whom I found to be credible — told me, told her friends, and importantly, what she told the UVA administration, which chose not to act on her allegations in any way — i.e., the overarching point of the article. That is the story: The culture that greeted her and so many other UVA women I interviewed, who came forward with allegations, only to be met with indifference.”

It’s not just an account of a rape, alleged or otherwise. It’s about rape culture itself. You have to identify a problem before you can solve it, which is exactly what the Rolling Stone piece set out to do.