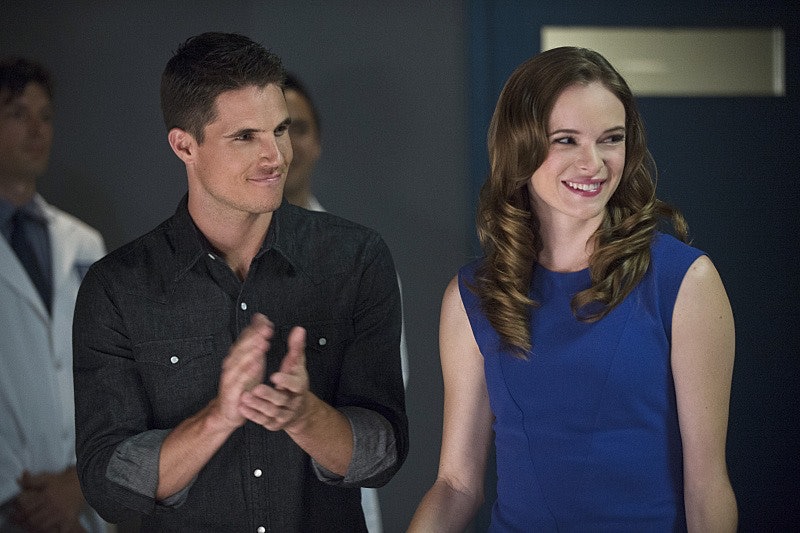 We all knew that he would return at some point, but on Tuesday night we got the first glimpse that proves Ronnie Raymond, aka Firestorm, is alive on The Flash, and not among the deceased victims claimed by the particle accelerator explosion. Unfortunately, he looks pretty upset right now, so I'm guessing his introduction back into the series is going to be a rough one. The only bit we have seen of him so far shows him shaking under a bridge like he's going through some kind of withdrawal, and when two guys try to rob him, he freaks them out by showing off the power he is known for in DC Comics, setting both his hands and his head ablaze before walking away.

So now that it's clear that Ronnie is in Central City, it is also apparent that he has been conscious for a pretty long time. He looks super bedraggled and his hair has gotten ridiculously long, which means he's probably been out on the streets for most of it. Why wouldn't he let his fiancée Caitlin know that he's alive? It is possible that he woke up from the blast and immediately recognized that he had metahuman abilities, and maybe didn't tell her that he was alive out of fear that he wouldn't be able to control them around her. It seems like this might be a likely theory, because even though those men tried to rob him, he didn't do anything to retaliate when it was clearly within his power.

Then again, it could be that he is biding his time to get some kind of revenge on Harrison Wells. Although Firestorm is a superhero, The Flash hasn't always gone according to canon and I feel like a little rage would be justified considering how perfectly miserable Ronnie looks. Regardless, I hope Caitlin finds out that he's alive soon, especially after we all saw how she reacted to Barry bringing Ronnie up when he was super angry under the influence of Chrome's powers. Fingers crossed that Ronnie has chilled out a little more before the reunion happens.