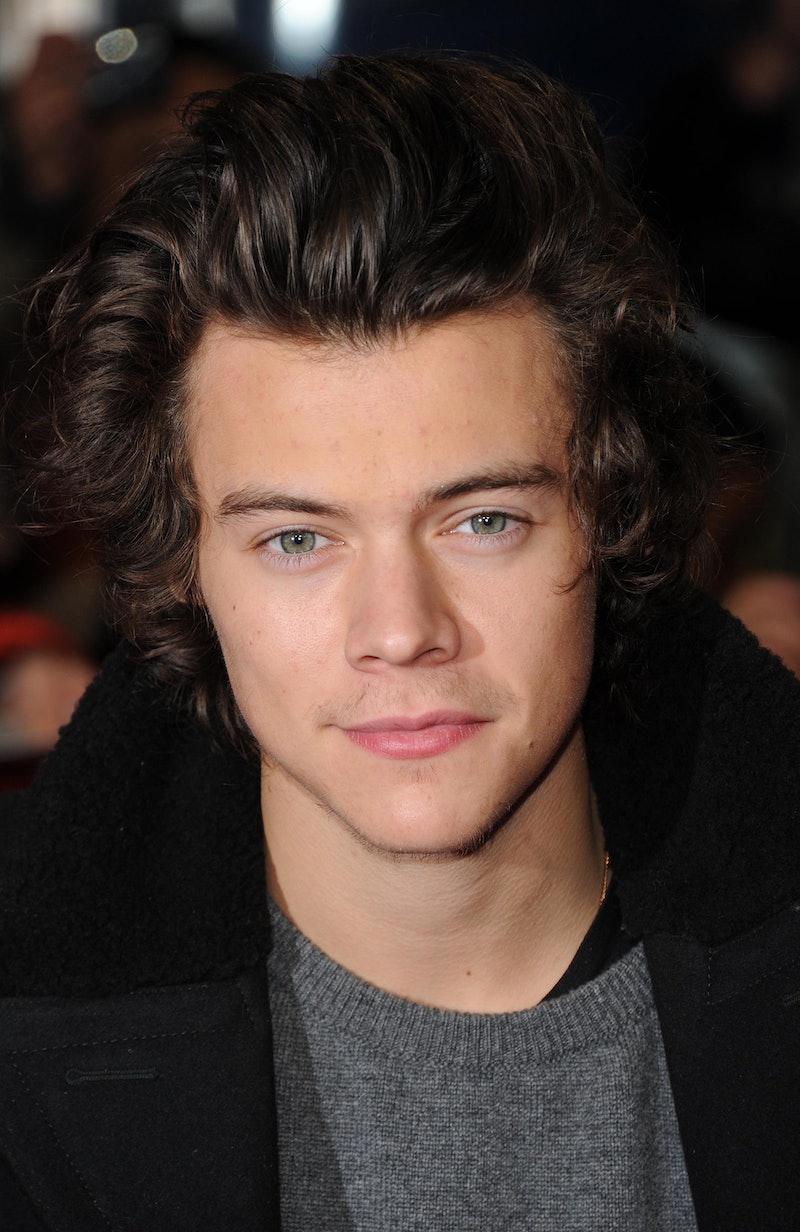 There is a time in every person's life when they fall in love with One Direction, and for me, it was a whirlwind. At first, I was bobbing my head to "What Makes You Beautiful" in the car with the windows rolled down. A few nights later, I stayed up all night long watching videos of the guys being adorable YouTube. The next thing I know, it's 2014, and I'm sitting 17th row at the Where We Are Tour with a vodka cranberry in one hand, and my empty, empty wallet in the other. "How did I get here?" I thought. "Who am I?" There are two words to explain what had happened to me: Harry Styles. And since accepting my love of 1D into my heart — and dealing with the reactions of those around me — I have learned that there are simply things you do not say to fans of Harry Styles... or the rest of One Direction in general. But especially Harry.

It might just be me, but it's hard out there for a One Direction fan over the age of 13. When you're in middle school, it's cute to have posters all over your walls. When you're 25, you're "ruining our apartment, Nicole." But no matter your age, the love for Harry is real.

"One Direction has no talent"

I'm sorry, what? I can't hear you over their four number one albums and the fact that they win just about every award they've ever been nominated for. And while we're on the subject of Harry, he has more talent in his little finger than you have in your entire One Direction hating soul. He's the Justin Timberlake of the band. You'll see. You'll all see.

Obviously, that is not the goal. I'm well aware that the chances of Harry Styles and I ever actually dating are basically nonexistent. I'm fine with admiring from afar. And on the off chance that we ever did meet, it wouldn't be the worst thing in the world if he was unable to resist my charm and we fell in love and got matching anchor tattoos.

"He dresses so terribly, though"

You're right about that one. I can't condone anything he's worn lately. He wore this to something with the words "Fashion Awards" the title? Harry, stop.

Sigh. None of them are gay — well, none of them have actually come out. And if you think Harry and Louis have a clandestine romance happening behind the scenes, you are literally crazy.

"He needs a haircut"

I'll admit that his hair is getting a little out of control, but if he cuts it, he may have to get rid of the man bun. And who wants that?

"Ha, he kicked Taylor Swift to the curb"

Listen. I'm only going to say this once: HAYLOR IS REAL, and they have a very mature respect for each other. Have you heard what he had to say about her new album? Plus, all the songs that could be about Harry on 1989 are so sweet. They never go out of style, you know? And let's face it: If Harry isn't going to marry me, I want him to marry Taylor Swift. My fingers are crossed for a reunion followed by a June wedding.

"His tattoos are so stupid"

Harry looks hot with his 50-plus tattoos, and even if he didn't, it's his body and his decision. Plus, he's already admitted that he regrets getting a few of them, which is fine. We all do things in our early 20s we regret.

"Harry's my favorite member of One Direction"

Bitch, no. I was here first.