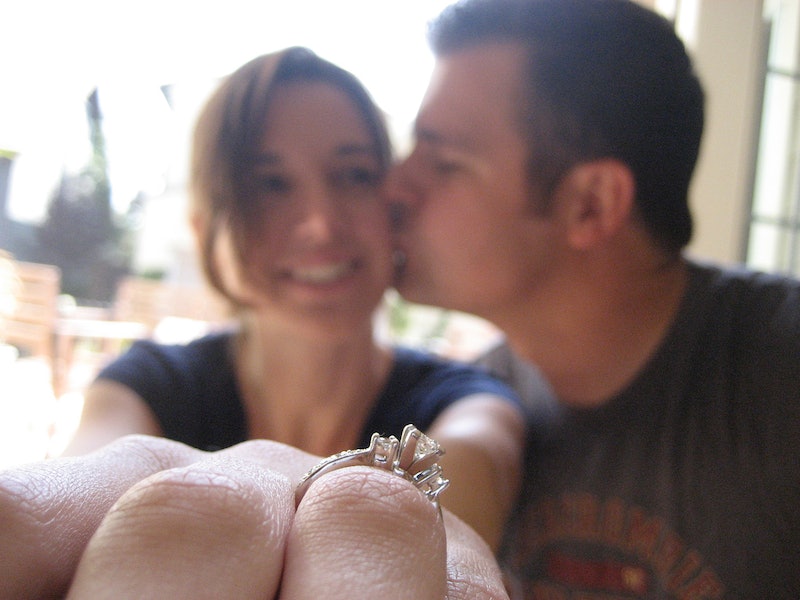 I’m just going to right out and say it: I think the tradition of asking your significant other’s parents’ permission to marry them needs to end. Adult children aren’t parental property to be traded for dowries or bride prices anymore; and furthermore, once their children are grown, parents cease to be able to dictate the terms of their offspring’s lives — including who they do or don’t marry. And hey, wouldn’t you know it? A recent AskReddit thread has offered plenty of evidence supporting the idea of laying the tradition to rest for good. Ready for some stories?

Redditor WakeNJake posted the thread late last night. Although its initial point was to find out how awkward it was afterwards for people who had asked their partner’s parents for permission, only to have them answer no, it evolved as it wore on; it’s also worth noting that not all of the stories recount tales of a plucky couple beating the odds when all the cards were stacked against them (a number of them do feature parents saying no, followed by the relationship ending for some very good reasons — one partner cheated on the other, the relationship simply not working, and so on). But even the stories that riffed a little dramatically on the original theme spoke strongly in favor of killing the whole “asking for permission” thing dead.

Are there times it might still be worth reviving the tradition? Probably; for example, if your significant other has specifically told you they’d appreciate you asking for their parents’ blessing, it might be a nice way to make the engagement special for him or her. Additionally, if you’re a parent and have some justifiable reservations about your child’s partner (concern about abusive tendencies is justifiable; “I just don’t think he’s good enough for you” is not) you can voice those reservations privately and respectfully to your kid. Ultimately, though, it’s not your decision, so you’re going to have to square with that fact.

1. The Harbinger of Doom

There comes a point where you just have to accept you were wrong and let things go. Unfortunately this woman (who is 82, by the way) hasn't learned how to do so yet.

For those who were wondering either A) whether the girlfriend knew that TheDarkVictory wanted to propose or B) why he hasn’t popped the question yet, here was his answer:

I’m assuming this means that the sister’s marriage is still going strong, while the brothers’ have both dissolved. He seems to have learned from the experience, though, so at least there’s that.

I like to think that this one proves the old saying “Why buy the cow if you can have the milk for free?” wrong.

6. Three Times May or May Not Be the Charm

Is anyone else kind of curious why Lady Smuag’s grandmother seems to have disliked her own daughter so much?

I agree with zerbey’s father-in-law. The times, they are a-changin’.

To be fair, I’m not totally sure anyone actually did any permission-asking in this story — but if tsim12345 has asked her husband’s mother, she would have received a “no” purely because good ol’ mom wanted a live-in nurse. I mean, I understand hoping that your adult children will help take care of you when you’re old and infirm — but denying them lives of their own to suit your own needs? Not cool.

9. Be Your Own Person

I'll say it again: The only people who have any right to decide whether or not they get married are the couple themselves. Sure, the parents can say no — but they can’t actually control who their kids marry (as long as all the parties involved are legally adults, at least).