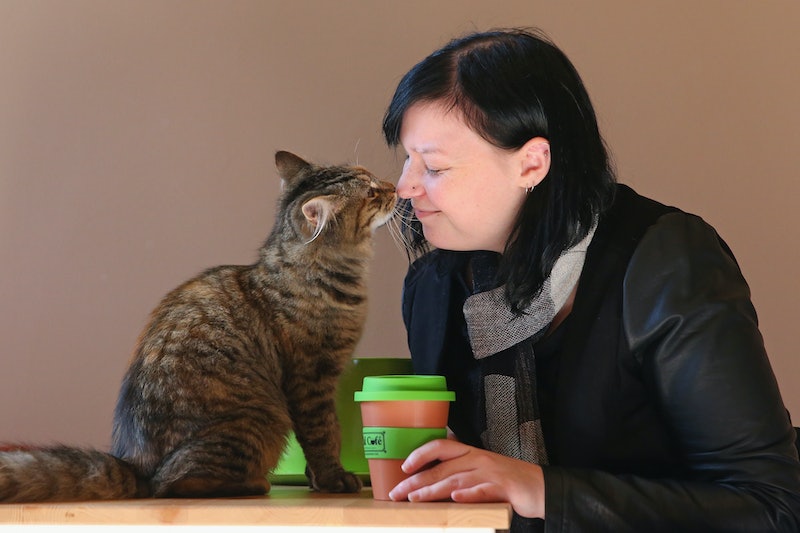 It’s a truth universally acknowledged that anyone who thinks they own a cat are actually themselves owned by that cat—and never has this been more apparent than in Cole and Marmalade’s “10 Things Cat Owners Have Probably Done” video. The title of it really says it all; it’s full of things each and every cat owner has probably done at least once. In truth, most of us who keep a furry beast or two around probably do them every day, but whatever. Who’s counting, right?

As you’ll see in the scenarios below, as far as your cat is concerned, what you call “your home” is actually their home (they just allow you to live there); all of the things you consider “your things” are actually theirs (graciously on loan to you); and your sole purpose is to serve their every whim. And for some reason, we’re all kind of fine with that. Maybe it’s because there’s nothing quite like waking up to find a snuggling cat blissfully asleep by your side. Or something. Cats are jerks, but they’re also kind of the best.

Here are six situations in which cats frequently demonstrate that they own their humans, not the other way around; watch the whole video below for the rest.

Cats don’t even bother to beg. They just go right for whatever’s on your plate, the cheeky little monsters.

2. The Most Important Photos You Have Are of Your Cat(s)

My boyfriend and I both have more photos of our cats on our phones than we do of each other. True story.

3. Your Social Life Revolves Around Your Cat’s Willingness to Snuggle

Cats are picky. You can only snuggle them when they decide it’s time to snuggle — which means you’re totally willing to drop everything the second the hop up on your lap. Tickets to a show at Madison Square Garden you’ve been looking forward to for months? Can’t go; cat is snuggling!

4. You Not Only Buy Them Presents, But Also Wrap Them, Too

And of course they’re always way more interested in the wrapping paper than the toy that’s inside it.

5. You Regularly Carry Out Full Conversations With Them

Doesn’t everyone talk to their pets?

Yes, that’s a person under the green tarp thing. Yes, that is how cat people play with their cats. We’re willing to make ourselves look absolutely idiotic if we think it will amuse our cats. Weird, isn’t it?

Watch the whole video below, and catch more of Cole and Marmalade over at their YouTube channel: