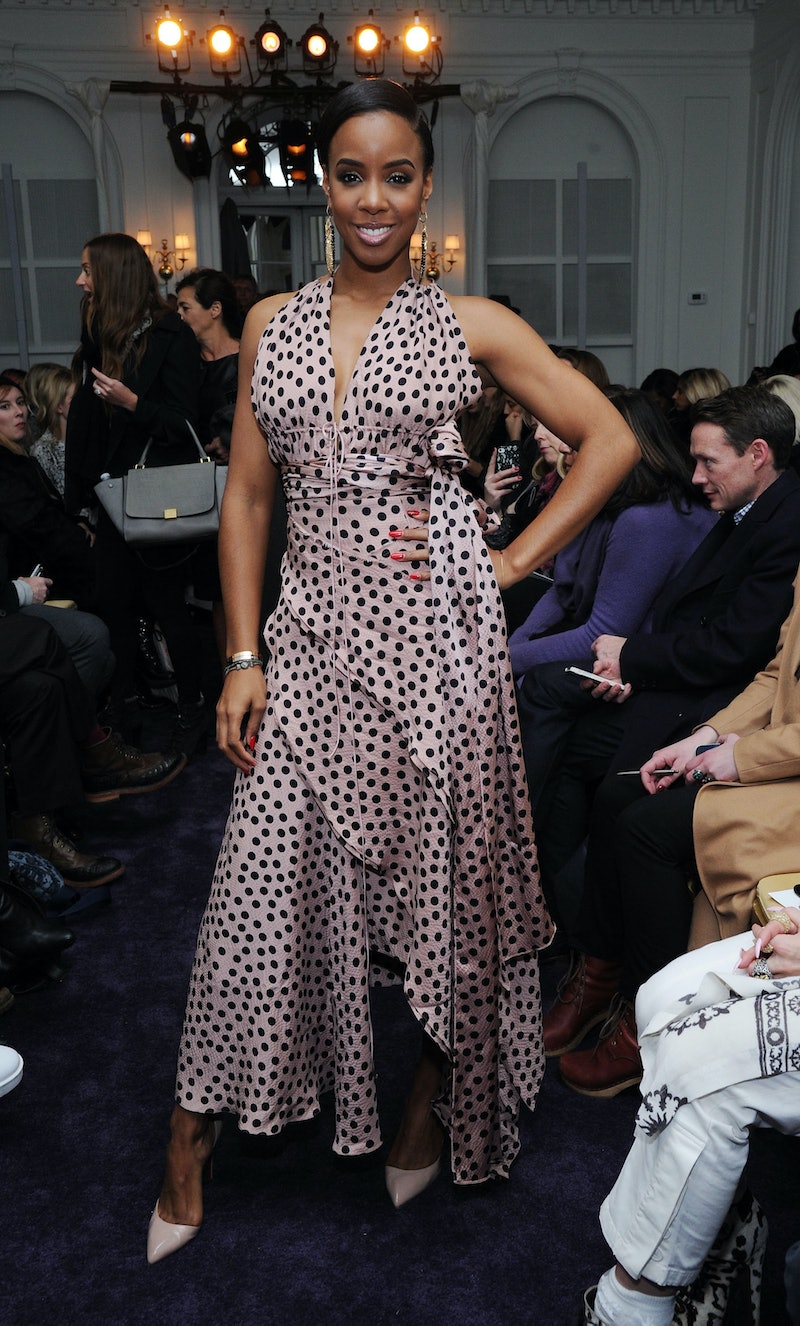 On Tuesday, Kelly Rowland's mother, Doris Rowland Garrison, died unexpectedly at 66. Garrison went into cardiac arrest and passed away in Atlanta, GA just four days before her 67th birthday, which would have been on Saturday. So far, Rowland has been silent on social media, with her last tweet posted on Friday, but her publicist confirmed the news with a statement from the singer on Wednesday:

"It is with deep sadness that I announce the passing of my mother, Doris Rowland Garrison. She was an incredible soul who made countless sacrifices so that I could become the woman — and now mother — I am today. We humbly appreciate all the love and support and only ask for privacy during this difficult time."

Rowland became a first-time mother just a few weeks ago, welcoming son Titan Jewell Weatherspoon with her husband, Tim Weatherspoon. The couple got married in May 2014, surprisingly without either of her former Destiny's Child members by her side — for her big day, she decided on no bridesmaids. But this week, she will surely have her husband, son, friends, and family to support her during this difficult time.

More like this
Christina Aguilera Took A Powerful Stand At Brighton Pride
By Sam Ramsden
Are John Legend & Kanye West Still Friends? The Singer’s Latest Update Is Candid
By Brad Witter
Scotland's First Period Dignity Officer Has Sparked Backlash
By Darshita Goyal
A Political Thriller Inspired By The Munich Massacre Is Coming Soon
By Darshita Goyal
Get Even More From Bustle — Sign Up For The Newsletter