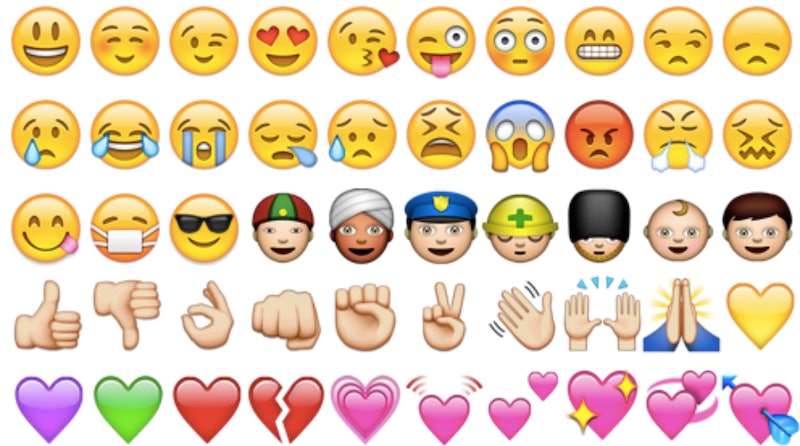 It's essentially impossible to be a Vampire Diaries fan and not have an opinion about Delena or Steroline or even Liv and Tyler's new romance. And the same rules apply to the CW series' stars as well. How could I not ask TVD Season 6 star Jodi Lyn O'Keefe to talk Alaric and Jo's new relationship, which she hopes will be "fantastic" because of Alaric's bad luck with women in the past. "I’m most looking forward to seeing how that relationship develops," O'Keefe says about what she's most excited about when Vampire Diaries returns from hiatus. But why stop at Alaric and Jo's new romance — O'Keefe also weighed in on the rest of TVD's 'ships in Bustle's Emoji Challenge and her answers were enlightening.

"I’m loving every minute of it and I’m excited to see where it goes with them because he’s had such a bad run of luck when it comes to women," O'Keefe tells me when I ask her about what she's most excited for for Jo on TVD Season 6. "Things have just not gone his way," the actress who plays the witch-turned-surgeon on the series says, referring to Alaric's wife (and Elena's birth mom) Isobel running away to become a vampire and Aunt Jenna who died. But she's not setting her expectations too high for the couple, even though she hopes they can stay together — O'Keefe tells me, "It’s TVD — so, who knows what’ll happen."

But, while Alaric and Jo's relationship is still growing, O'Keefe is all caught up on the drama of TVD's other 'ships. So, along with her own onscreen romance, we asked the TVD star to take our Emoji Challenge and describe each TVD 'ship with a series of emojis. And, unsurprisingly, her answers were on point:

Is that Steroline explanation not the best thing you've ever seen?