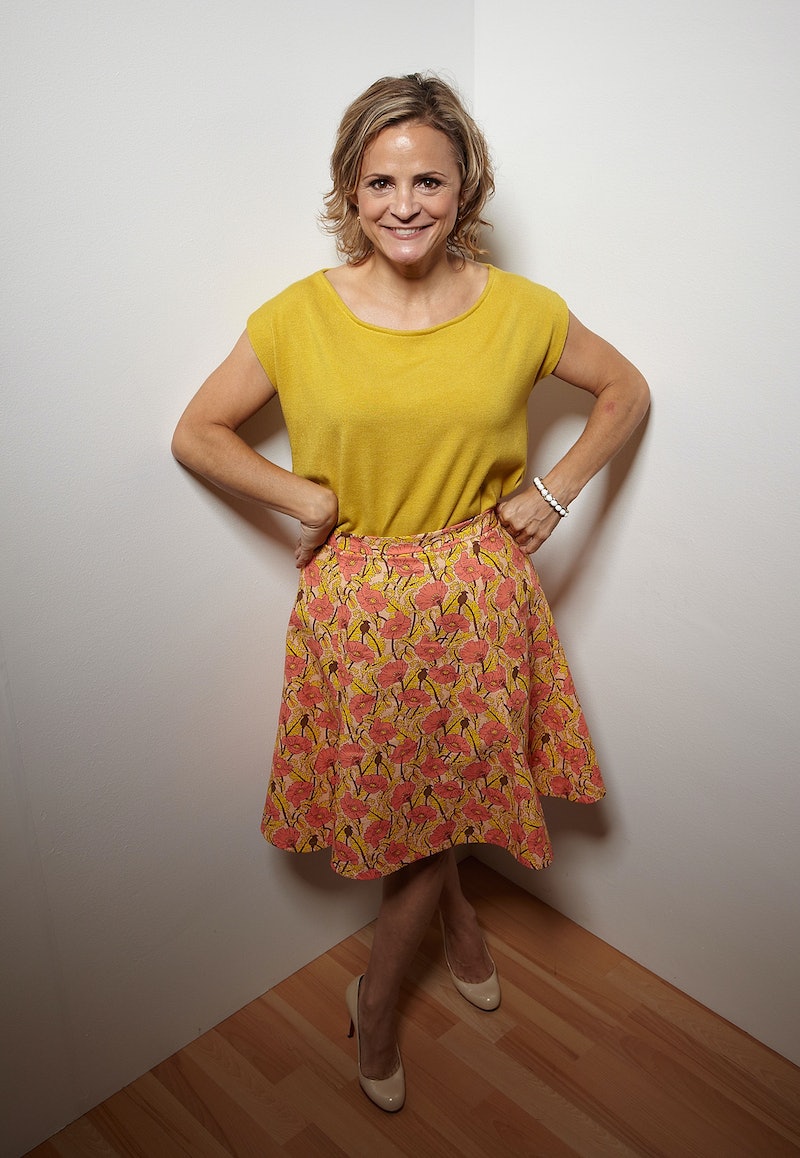 Amy Sedaris and Scott Adsit aren't afraid to get their hands dirty on the job. "The filth in the toilet area alone should win either a Set Dressing Emmy or a Cease and Desist from the City of Brooklyn. Thick, chunky filth smeared on everything and mold growing up the wall and sloppy things only a coroner could identify. It's remarkable," Adsit says of the set of Adult Swim's The Heart, She Holler. "Just being on the set of Amy's house in the show proved to me that there's no such thing as too gross." After premiering on December 1st, The Heart, She Holler is now in its third season and is a "live-action soap opera about folk who ain't never used soap or seen an opera."

Part absurdist body horror comedy, part disturbing Southern gothic opera, The Heart, She Holler centers on the Heartshe dynasty, a greedy, incestuous family presiding over a small Appalachian town with a legacy of religious fundamentalism, flagrant racism, and inbreeding. Following his death, the family patriarch returns via posthumous video message and declares Hurlan Heartshe, the Heartshe family's secret son played by Patton Oswalt, the new leader of the Heartshe Holler. Jealous of their brother's new power, Heartshe sisters Hurshe and Hambrosia, played by Sedaris and Heather Lawless respectively, try to take control of the town themselves by any means necessary.

Hurshe Heartshe has a "one-track mind," Sedaris says of her character. "She would hurt anyone around. She's like a wild animal." She's also got a set of gnarly prosthetic teeth. Sedaris wears them with pride. Playing a character too much like herself, Sedaris says, is "out of my comfort zone." Having played a number of hilarious, offbeat characters on shows like Strangers With Candy, Raising Hope, and Bojack Horseman, Sedaris tells me she feels right at home playing certified weirdo Hurshe.

According to Sedaris, The Heart, She Holler is "Twin Peaks only weird. It's an ugly Twin Peaks." She isn't kidding. We're talking vagina exorcism, worm-birth, "living hogs eating the corpse right out of the casket at a funeral" (as Adsit says actually happens in one episode) level of weird. Meemaw, the creepy grandma with a death wish played by Judith Roberts (Eraserhead, Dead Silence, Orange Is The New Black), will haunt your dreams. "She is almost a special effect herself," Adsit tells me, "She's just so scary. Like, properly scary, like out of a disturbing, soul-crushing horror movie. Meemaw is every nightmare I ever had."

Though Adsit admits that "[the flying blood and guts] can be a distraction from one's emotional thru-line, the actual weirdness of the moment brings me right back to who my character is, given that this is the kind of world he lives in." Adsit (30 Rock, Big Hero 6), a veteran of Chicago's Second City, plays the Sheriff of Heartshe Holler, a guy with a puppy dog heart who's terrible at his job. "He's too self-interested," Adsit says. "Like a drug lord's pitbull."

With all of that information to digest, it might be hard for the two actors to find the words to describe their weirdest moment on set. Luckily, they were more than happy to do it with dirty emojis. In their own words (or images, as the case may be):

Catch The Heart, She Holler weeknights at 12:30am on Adult Swim.

More like this
'The Ex-Wife’s First Look Pics Are Giving 'Gone Girl' Vibes
By Bustle UK
24 Years Ago, 'Friends' Dropped Its Most Underrated Ross & Rachel Episode
By Grace Wehniainen
Netflix Reveals First Look At Wednesday In The 'Addams Family' Spinoff Series
By Bustle Editors
What Reporting On The UK’s Most Prolific Cyber Stalker Taught Me
By Sirin Kale
Get Even More From Bustle — Sign Up For The Newsletter